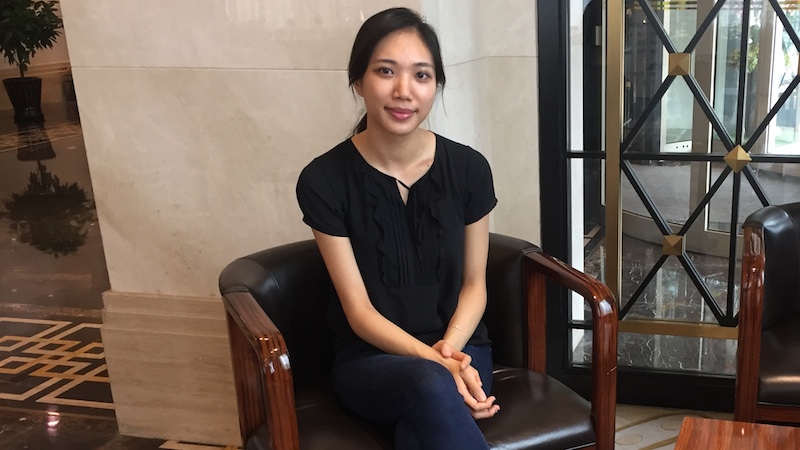 Interview with Nancy Zhou, Winner of the 2018 Shanghai Competition

September 11, 2018, 11:11 AM · For U.S. violinist Nancy Zhou, participating in the Shanghai Isaac Stern International Violin Competition was more than a set of challenging performances; it was also an experience full of deep personal connection.

But for her, Shanghai had a special attraction. "It's where my father studied," Zhou said, speaking to me in the lobby of her hotel in Shanghai, the day after the competition ended. Zhou, an only child, studied with her father, San Antonio Symphony violinist Long Zhou, during her entire childhood, from the time he started her on the violin at age 4 until she went to college at the New England Conservatory. There she studied with Miriam Fried until her simultaneous studies at Harvard University grew too demanding, and she dropped out of NEC to complete her English degree at Harvard. Keep reading...

When Olga Šroubková, 25, of Czechia walked out on stage Saturday with no sheet music for Qigang Chen's "La joie de la souffrance" on the last day of the Finals of the Shanghai Isaac Stern International Violin Competition, everything got just a little more interesting.

Playing with the Shanghai Symphony Orchestra conducted by Michael Stern, Šroubková was the last to perform, but she was the only one of the six finalists to play this 15-page piece without the music. (I learned later that she had shown up to the rehearsal with it memorized, so it was clearly her plan from the start.) The 25-minute concerto was commissioned by the competition as the required Chinese work that the contestants would have to learn from scratch. The sheet music had required a major extension of the music stand, with multiple pages taped together so that several pages could be turned at once -- just one more logistical challenge in an already rather challenging piece. Keep reading...

September 1, 2018, 10:22 AM · SHANGHAI -- Nancy Zhou has won first prize in the Shanghai Isaac Stern International Violin Competition. Congratulations to all the laureates! They are: 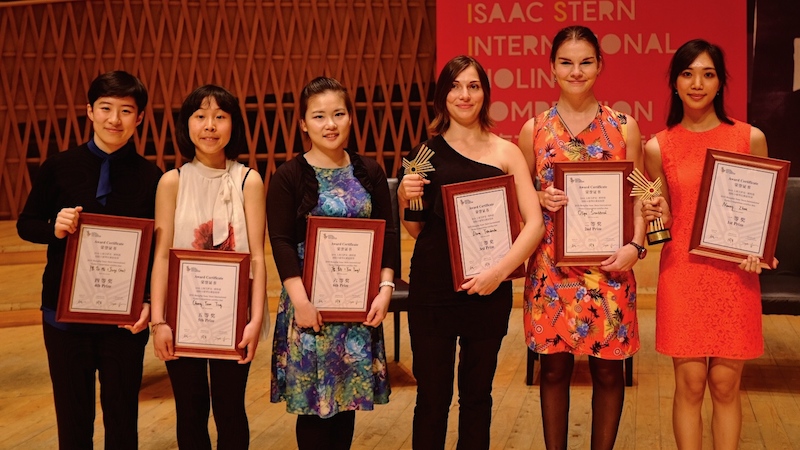 September 1, 2018, 5:32 AM · Here is the live feed for Day 3 of the Finals in the Shanghai Isaac Stern International Violin Competition (Please return later if you don't find it the video yet!).

Interview with Chinese violinist Vera Tsu Weiling: From the Cultural Revolution to Now

From Mao to Mozart to Now: David Stern Reflects on His Father's Legacy in China

Listening to the Finalists in the Shanghai Competition

Last day of Semi-Finals: Violinists Get Creative with Their Mozart Cadenzas in Shanghai

Pictures from a Day in Shanghai

What happens when you hear one concerto, 18 times, in two days?