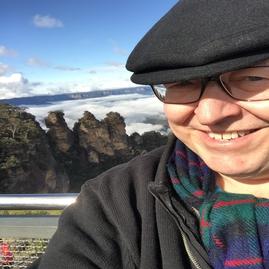 I have 43 years experience as a violin/viola instructor, and I am a registered Suzuki violin teacher with short term training through book four, having studied with Stevie Sandven, Ronda Cole, Marti Steiger, Geri Arnold Tada and Kay Collier Slone. I am a member of the American String Teachers Association, the Suzuki Association of the Americas, as well as the Colourstrings Association. I have graduated Colourstrings level 1 and levels 2a and 2b. I have attended or performed in masterclasses with Midori, Dorothy DeLay, Charles Castleman, Roger Tapping, Robert Lipsett, Katie McLin, Yitzhak Schotten, William Preucil Sr., Brian Lewis, Helen Kwalwasser, Almita Vamos, Sergiu Schwartz, Benny Kim, Alcestis Perry, Jerrie Lucktenburg, Paul Rolland, Gerald Fischbach, Lara St. John, Mimi Zweig, and the Turtle Island String Quartet. I have studied advanced violin technique with Sally O'Reilly, Katie Lansdale, and Peter Sacco in short term sessions at Villanova University. I am proud of my heritage as a violinist which can be traced back to Carl Flesch through two of my major teachers, Alfred P. Lanegger and Reed Smith. Mr. Lanegger was a student of a young Szymon Goldberg when he was first in the USA, and Dr. Smith was a Goldberg student in his later years when he taught at Yale. Szymon Goldberg, a student of Carl Flesch, was Concertmaster of the Dresden Philharmonic when he was 17 and Concertmaster of the Berlin Philharmonic under Wilhelm Furtwangler when he was 20. Mr. Goldberg, a Polish Jew, was forced to vacate his position with the orchestra and flee Germany due to the rise of the Third Reich. He toured the rest of Europe, had an American debut in the 1930's, and was touring Asia in the early 1940's when he was captured by the Japanese and spent the rest of World War II in a POW camp. After the war he concertized in America, making highly prized recordings in the 1950's and 1960's. He started the Amsterdam Chamber Orchestra, taught at Yale and eventually retired to Japan with his Japanese wife. Reed Smith also was a student of Peter Salaff, who was a student of Ivan Galamian and Charlie Castleman who was a student of Emanuel Ondricek.

I can trace one branch of my lineage through Mr. Lanegger and Dr. Smith back to Corelli: Goldberg, Flesch, Marsick, Massart, Kreutzer, Viotti, Pugnani, Somis, and Corelli.

I have a Masters in violin performance and 40 years of professional experience performing in symphony orchestras, chamber music groups, opera orchestras, musicals, oratorios, and for church cantatas and stage productions. I have performed with Gary Karr, Sarah Brightman, Aaron Rosand, Anner Bylsma, William Warfield, George Lucktenburg, Marcus Thompson, Zuill Bailey, Claude Frank, Leon Bates, Sandy Patti, Jimmy and Donna Dean, Rita Coolidge, Ray Stevens, Shirley Jones, Faith Prince, Lainie Kazan, Mark McVey, Patrick A'Hearn, Deana Martin, and many others. I have performed under the baton of many conductors both American and European including Franz Anton Krager, Albert Moehring, Anshel Brusalow, former concertmaster of the Philadelphia Orchestra under Leopold Stokowski and Richard Hayman, former arranger and assistant conductor of the Boston Pops. I toured France in the summer of 2000 as a member of the American String Quartet and the Blue Lake Fine Arts Camp Faculty Chamber Orchestra, which performed in the Festival de Paris and at many historic churches throughout the south of France. Some other performance venues have been, Jardin du Luxembourg, the Kennedy Center in Washington DC, the National D-Day Memorial, JFK Stadium, and the Greenbrier Resort. In February 2006, I performed with the Veteran's Administration Medical Musical Group Orchestra at the Pentagon as a Valentine's Day tribute to our troops around the world, and in again in June 2006 for their annual Congressional Flag Day Concert.