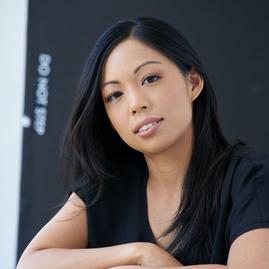 Megan Shung often described as 'the 21st Century violinist', is a Grammy-nominated international violinist, composer, speaker, and educator based in Los Angeles. She is adept at non-traditional performance practices and styles including jazz, pop/rock, experimental music, and has performed/recorded with artists including Anthony Kiedis, Michael Bublé, Jhene Aiko, Kimbra, George Watsky, Billy Childs, and Louis Cole.

In addition to being an active performer, Megan is also a passionate Suzuki/jazz faculty at the Pasadena Conservatory of Music. She has taught as a guest clinician in the USA and internationally with a specialty in teaching improvisation to string players.

Megan was born in Houston, Texas (USA), grew up in Taipei, Taiwan. She attended the LA County High School for the Arts, graduated with academic honors, then continued her education at the Cleveland Institute of Music where she earned a Bachelor of Music in violin performance with academic honors studying under David Updegraff. While at CIM, she received her long-term Suzuki training with Kimberly Meier-Sims. Upon graduation, she continued her studies with Paul Kantor in Houston, Texas. Other notable awards include the Dr. Jerome D. Gross Prize in Violin from the Cleveland Institute of Music in 2011 and the 2008 Ambassador Scholarship from the International House of Blues Foundation.