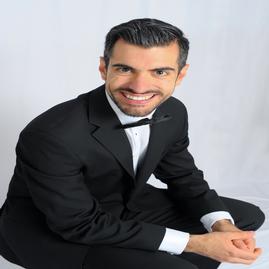 Gregory Krajci is a violinist, conductor, educator, and clinician from East Meadow, NY. He is in his second year as the Director of Orchestras at W. Tresper Clarke High School in the East Meadow School District. He conducts two thriving performing orchestras, both of which earned Gold and Gold with Distinction ratings at their first NYSSMA Majors Festival experience. He coaches a select-chamber music program, the Clarke Camerata Ensemble, which meets weekly and consistently attends competitive chamber music festivals and performs for various school events and community outreach fundraisers. Prior to joining the East Meadow faculty, Mr. Krajci was the orchestra teacher at H. Frank Carey High School in the Sewanhaka Central High School District for six years. Due to a lack of an elementary feeder program, he built students from absolute beginners in 7th grade to two high school performing orchestras winning consistent Gold ratings at the NYSSMA Majors Festival.

Mr. Krajci has been an active member of the Nassau Music Educators Association (NMEA) since he began teaching. He served on the Division 3 Festival Committee from 2013-2014, was Division 5 Orchestra Chairperson from 2015-2018, and has sat on the Executive Board as Division 5 Vice-President since April 2018. As Division 5 Vice-President, he spearheaded the team responsible for creating the Division 5 String Orchestra in 2019 to provide more 11th and 12th grade string students with an equal opportunity to perform in the All-County Music Festivals.

Mr. Krajci is very active in the music education and performance communities. He is a violinist with the South Shore Symphony Orchestra, where he holds consistent leadership positions thought the concert season. He is a frequent coach and guest conductor for the Metropolitan Youth Orchestra of New York’s Nassau and Suffolk Orchestras. As a guest conductor, he will conduct the 2020 Division II West Orchestra for the Suffolk County Music Educators Association (SCMEA). He has presented sessions relating to string pedagogy at the Balanced Mind Conference presented by Nassau NYSCAME. Mr. Krajci also maintains a small private violin studio and serves as a NYSSMA Solo and All-State Festival adjudicator.

Mr. Krajci also has equal passions for dance and theater. He began dance training at age 4 in ballet, modern, jazz, Afro-Caribbean, Ballroom, and Latin styles. He has taught dance masterclasses, presented at conferences for professional development, and is a Principal Dancer for the Rockville Centre Guild for the Arts’ production of The Nutcracker. He is an active director and choreographer for high school musical productions across Nassau County and is a choreographer for Long Island Theater Workshop. Students in his productions have been recognized for their work on and off the stage by the Roger Rees Awards for Excellence in High School Theater and many of his former students are pursing theater or arts management at the collegiate level. Mr. Krajci is currently the director and choreographer for the theatre troupes at W. Tresper Clarke Middle & High Schools, where he strives for bringing together the greater school and community populations through involvement in theatrical productions.