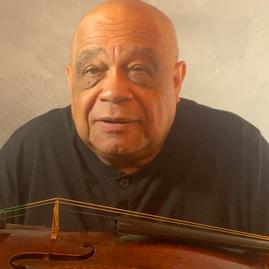 Founder and First Violinist of the New York String Quartet, to Director of Chamber Music at the American Conservatory in Fontainebleau, France, William Fitzpatrick has taught many of today’s leading violinists and chamber musicians. He is a graduate of the Juilliard School, where he studied with Ms. Dorothy Delay and was an assistant to both Robert Mann and Claus Adam of the Juilliard String Quartet. Prior to his studies at the Juilliard School, he was a student of Stephen Clapp at the Blair School of Music in Nashville, Tennessee.

Mr. Fitzpatrick’s musical experiences throughout Europe, Japan and the United States, have led him to positions such as Conductor of the Nashville Chamber and Symphony Orchestras, Founder and Conductor of “L’Ensemble des Deux Mondes” in France. He worked in collaboration with orchestras such as “l’Orchestre Symphonique de France” and as soloist with The American Symphony Orchestra in New York. He has performed and recorded with artists such as Gaby Casadesus, Elliot Fisk, Claude Frank, Itzhak Perlman, Emmanuel Ax, Ron Leonard, Patrice Fontanarosa, Karl Leister and the French actor Richard Bohringer (in the stage production “Coetse”).

Mr. Fitzpatrick’s premiere performance of Albert Glinsky’s “Rhapsody“ for Violin solo and Orchestra, which was choreographed by Leslie-Jane Pessemier in a work called “Flights” for the Joffrey II ballet company, gave more than 100 performances all across the U.S., and Hong Kong. He has recorded for Jubal, CRI, Sine Qua Non and Delos record labels, as well as for the BBC, FR2, and other cable and network stations throughout the US and France.

Mr. Fitzpatrick is Founder and CEO of MusiShare Inc. and Director of the MusiShare Young Artist Program in Irvine, California, which provides performance classes, showcase concerts and Master Classes with renown professors such as Paul Kantor, Stephen Clapp, Cho Liang Lin, Cornelia Heard and others. His books (Billy, In Search Of: A Guide to Violin Excellence, Melodies for the Young Violinist / Violist, Rhythms for the Young Violinist / Violist, An American Songbook for violinists and in French “Chansons pour les Jeunes Violinistes”) are published through the iBookstore, Amazon, VirtualSheetMusic.com and MusiShare Publications. He has given Master Classes across the U.S. and was invited to teach for SINEM in Costa Rica. His TEDx talk, "Why is 'why' so important?”, can be seen on YouTube and the TEDx site.