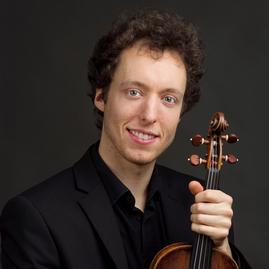 I'm an assistant professor at McGill University's Schulich School of Music, where I teach musicology and baroque violin.

As a musicologist, I work mainly on Mozart (with a particular emphasis on embellishment, improvisation, the performer-composer relationship, and the Da Ponte operas), Beethoven, 17th-century German music, and 19th-century Lieder. I also work on various issues in the philosophy of music. Other interests include Sondheim's musicals, Hitchcock's films, and various other philosophical artworks.

Alongside my academic work, I am a conductor, baroque violinist, and historical keyboardist. I have performed across Europe and North America, in venues such as London’s Wigmore and Cadogan Halls, Amsterdam’s Concertgebouw, and New York’s Symphony Space. My repertoire spans four centuries, but I particularly enjoy playing Bach, Biber, Beethoven, Handel, Pisendel, Telemann, Veracini and Walther.

Before joining the McGill faculty in 2019, I taught in the strings department of the Royal Conservatoire of Scotland.