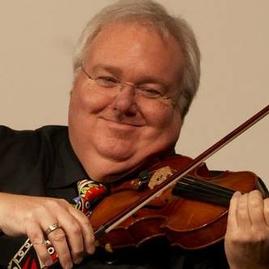 Teaching children to perform with confidence has been a driving force in shaping my work with students. A native of Texas and beneficiary of excellent school music programs and youth orchestras, I have enjoyed nurturing and encouraging young musicians at many and varied levels of accomplishment. As a specialist in music for children, I have served for more than two decades on the faculties of Third Street Music School Settlement, Trinity School and at the Meadowmount School of Music. At Third Street and Trinity my first assignment was to establish and develop the string and orchestral programs as a conductor, work as a coach and teacher for chamber music groups in addition to my service as a private violin and viola teacher. I have enjoyed coaching chamber music at Meadowmount School of Music in the summers; intensive work in an idyllic setting. My experience with youth orchestras began in my undergraduate days as a section coach for the Houston Youth Symphony, later, summers spent coaching sections of the Vermont Youth Orchestra. I am currently the conductor of the Carnegie Hill Orchestra of New York's InterSchool Orchestras with past performances in Symphony Space, Lincoln Center and Carnegie Hall. Not limited to working with the young, I have also spent time directing a group at Baruch College of the City University of New York and have coached adult chamber music groups.

I enjoy the interplay of instruments and the social and developmental aspects of ensemble playing and I take delight in composing and arranging music for small ensembles and orchestras. Some of my compositions for children have been used in educational settings and in broadcasts on NBC and PBS. My recent composition for solo violin, A Piece of Pi, has received some acclaim and has been performed in serious music recitals and in Mathematical festivals. The music, based on the irrational number Pi, and performances have been mentioned in articles published worldwide by the media service Agence France-Presse, The Huffington Post by other media services. The sheet music has been published by Ovation Press and is available for both solo violin and solo viola.

My work in chamber music as a performer and as a coach which, when combined with my experience as an orchestral musician, has shaped my approach to conducting. I view orchestras as an expanded form of chamber music with particular, stress on interaction of musical voices and varying textures of sound.

A native of Houston, Texas, I moved to New York to study violin with Sally Thomas as a graduate student. My early training on violin was with Mika Hasler and Fredell Lack and my conducting study was with Igor Buketoff. My chamber music coaches have included Felix Galimir, Hans Jørgen Jensen and Paul Doktor. I have performed in master classes with Josef Gingold and Julius Levine. In 2008, he was appointed a fellowship which allowed trips to Berlin, Vienna and Prague for research on acoustic properties of the violin. Outside the scope of classical music I have enjoyed work with the indie band "The Baskervilles" writing string parts and performing on their latest CD: Twilight 14. I have also performed in Americana music as a fiddle player and sometimes singer in The New Lost Faculty Ramblers. Outside of the field of music, I have had works published as a photographer and have won several awards in short film.