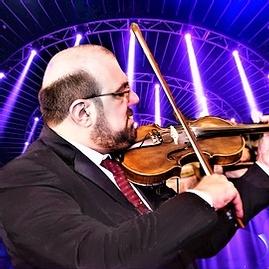 6- Coordinator of the music affairs at the Lebanese Ministry of Culture until 1992.

9- Has a published book “The smart evolution program” is in libraries couple years before.

10- Music coordinator at (Directorate of cinema, theaters and exhibitions) the Lebanese Ministry of Culture since1992.

11- Music teacher at the Russian cultural center in Beirut/ Lebanon.

12- He recently created a global competition for playing the violin and strings band:
https://moondprize.wordpress.com/
sheets:
https://smppress.sheetmusicplus.com/p/manage-products