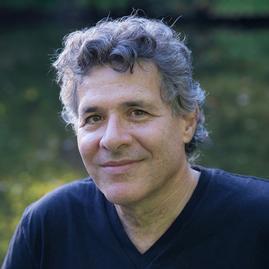 Samuel Zygmuntowicz, Violinmaker, was already a prize-winning sculptor before beginning his instrument-making studies at age 13.

Since 1985 he has made instruments by advance commission for performers such as Cho-Liang Lin, Joshua Bell, Maxim Vengerov, Yo-Yo Ma, Leila Josefowicz, David Finckle and the Emerson String Quartet members.

A 1994 violin that he made for Isaac Stern set a record for the highest auction price paid for a musical instrument by a living maker. The Harper Collins book THE VIOLINMAKER documents his making of a violin for Eugene Drucker.

He is a graduate of the SLC Violinmaking School, and studied advanced making and restoration with Carl Becker and Rene Morel. His faithful copies of classic violins won early acclaim, and he has designed many personal models as well.

He has worked closely with acoustic researchers and is often on staff at both the Violinmaking and Violin Acoustics Workshops at Oberlin College. With Strad3D, he has brought together an inspiring group of scientists, violinmakers, musicians, filmmakers and designers.

He has presented his findings throughout the USA, including The Chamber Music Society Of Lincoln Center, the Juilliard School, Friends of the St. Paul Chamber Orchestra, Music@Menlo and La Jolla Chamber Music festivals, The St Lawrence String Qt. Chamber Music Program at Stanford, plus conferences including the American Society of Acoustics, Arts and Science at CUNY, the E.G. Conference in Monterey CA, the Musical Instrument Museum in Pheonix AZ, and MOMATH in NYC, and presented internationally in Italy, Sweden, England, Belgium, Spain, Australia, and Canada, including the Banff International String Quartet Competition.

Sam lives in Brooklyn NY with his wife and two sons, and plays fiddle with a variety of performing folk music groups.