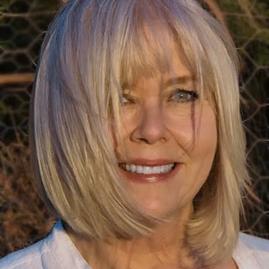 Her music education began in the Chicago area, at age ten at the American Conservatory of Music. Stephanie is a direct musical descendant of Clara Schumann through her teacher William Browning, a protege of Carl Friedberg, who was Clara Schumann's finest student. Known then as Stephanie Erlanson, she later received the Eastman School of Music Merit Scholarship to pursue a double major in both violin and piano.

In New York City, she adopted her artist name, Quinn. Here she focused more on violin and continued her study with Juilliard professor Felix Galimir, trained in master classes with Itzhak Perlman, Arnold Steinhardt, Malcolm Frager and others. Ms. Quinn has recorded and interviewed in New York on WBAI radio. She would then perform with the Philharmonia Virtuoso of New York in Carnegie Hall, and many other music assignments, tours, recordings. After arriving back in Chicago, she studied with Gerardo Ribeiro.

Today, she continues to lead ensembles, travel as soloist as well as teach and perform where she's based in Asheville, North Carolina.

Her music education studio has produced music scholarship winners and recording artists, and nurtures amateur chamber groups that include both young and adult students.

Ms Quinn's performances of her compositions may be heard on her album - Saqqara Suite (Inside the Great Pyramid). Amazon Music, Apple, etc.