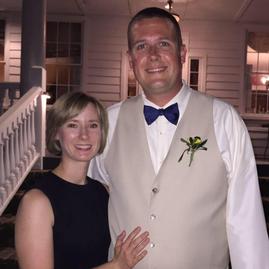 Charleston, South Carolina based violin/violist Matt Peebles earned a Bachelor of Music degree from the University of South Carolina, studying violin with Ryan Kho and Neil Casey, and viola with Constance Gee. He is a member of the Hilton Head Symphony Orchestra, and is a founding member and Principal Second Violin of the North Charleston POPS!. He also plays regularly with other orchestras throughout the Southeastern US, and has performed with numerous touring groups. An active music educator, he is director of the PopsKidZ! youth orchestra, part of the North Charleston POPS! education program. He was formerly Orchestra Director at DuBose Middle School and Ashley Ridge High School, and was named DuBose Middle School Rookie of the Year and Dorchester School District Two Honor Rookie of the Year for the 2009-2010 school year. He is a regular violin/viola clinician for SCMEA orchestra events, and maintains a private violin/viola studio in Charleston. Outside of music, he holds a USCG Master Captain’s license, and one is likely to find him enjoying the waters off the coast of South Carolina for both work and play.