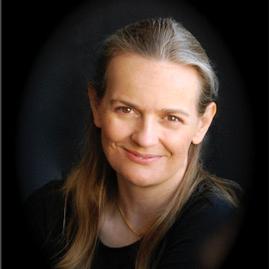 Andrea Sanderson began violin studies at the Royal College of Music in London and at 14 she became a student of Dor¬othy DeLay. At The Julliard School she received her Bachelor of Music and served as a teaching fellow specializing in music theory. She has studied and participated in master classes with Felix Galimir, Joel Krosnick, Nathan Milstein, and Menahem Pressler, among others. Ms. Sanderson took a hiatus from her career as a violinist to raise her children, become a photojournalist, and work as the music supervisor on her husband’s acclaimed feature film “The Other Conquest.” She pro¬duced the film’s soundtrack, featuring Plácido Domingo and the Academy of St. Martin in the Fields. Ms. Sanderson also trained as a Suzuki teacher and has taught at the Mirman School and at the Colburn School as an adjunct faculty member. She currently teaches at Santa Monica College and privately at her home studio. She is the concertmaster of the Santa Monica College Symphony Orchestra and recently joined the Pasadena Symphony Orchestra.