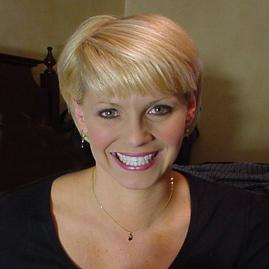 Linda Andersen (violin, viola) has extensive experience both as a teacher and performer, and is widely recognized as an accomplished musician. A native of Minnesota, her musical studies on both violin and piano began at a very early age. Her high school years where spent near Washington D.C. where she studied with members of the National Symphony Orchestra. She attended George Mason University and West Virginia University prior to receiving her Bachelor’s Degree in Performance in 1989, with honors, from the University of South Carolina.

While at the University of South Carolina, she was tenured with The South Carolina Symphony Orchestra, The South Carolina Chamber Orchestra, The Columbia Pops Orchestra (as principle 2nd violinist), and The Columbia Opera and Ballet Company (also as principle 2nd violinist). During the summers of 1985 to 1990, she was selected to work with the prestigious Conductor’s Institute Orchestra. In 1988, Ms. Andersen was awarded an international scholarship to study with The Amadeus String Quartet in England and received a national Scholarship to study improvisation with Bobby McFerrin.

While attending USC, Ms. Andersen was named a Master Teacher in the National String Project Program where she was a member of the audition committee and also taught theory classes and private and group violin/viola lessons while also coaching the Youth Orchestra from 1986 to 1988. She moved to Pittsburgh, Pennsylvania in 1991 and studied with members of the Pittsburgh Symphony Orchestra and the Benedum Opera and Ballet while attending Duquesne University for her Master’s Degree in Performance.

Ms. Andersen has been awarded full scholarships and assistantships at every university that she has attended and has never had less than a perfect 4.0 grade point average. In 1996 she was chosen to tour Canada and the United States for 6 months with Gargaro/Lyons Productions performing (as the only violinist), the popular musical, “Seven Brides for Seven Brothers”. In 1999, she also toured Europe (Germany, Austria and the Czech Republic) as the String Coach and Assistant Conductor for the Ovations Youth Orchestra. In 2006, Ms. Andersen went on a tour of Italy performing Opera with the Point Chamber Orchestra.

While in Pittsburgh, she has served as a string coach and member of the audition committee with the Phoenix Youth Festival Orchestra. She has also taught theory classes, master classes, and has been a string/ensemble coach with Elizabeth Seton School of Music where she was a member of the faculty and taught at several Catholic schools for eight years. She currently works with the Mt. Lebanon High School Orchestra as an Artist in Residence. Ms. Andersen currently performs with several professional orchestras in the tri-state area.

She has taught privately for over 25 years, has been highly recommended by local educators, and is currently teaching over 40 private violin and viola students. She also has her own String Quartet who performs around the tri-state area. She currently resides and teaches in her Mt. Lebanon, PA residence with her two adorable yellow Labradors, Emma and Major.

For more information and to hear a sample of her playing, please visit her website at: