November 4, 2021, 12:30 PM · When the pandemic happened, I was home like most people, but I tried to make the best of the situation. It turned out to be a very productive time for me. I did several concerts through a music series that was streamed live all over the world, and my Kreisler album was released so I spent some time on promotion. Perhaps because of the time, my streamed concerts in total received 700k views, and my album was surprisingly sold out on most major outlets all over the world. 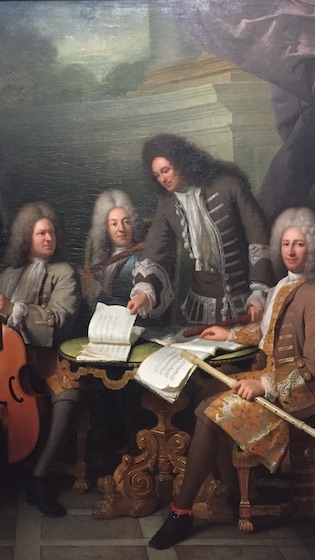 In some ways, I feel very fortunate that '21 has been the busiest year for me. My first in-person concert took place in March playing Tchaikovsky Concerto, it was one of the first in-person concerts anywhere! Subsequently, I also had the chance to perform the Beethoven and Sibelius Concertos, the latter in Lincoln Center.

At the end of October '21, I finally traveled over the pond to make my London debut. This was a special trip because it was the first time traveling abroad since the pandemic and this concert has been two years in the making. To top it off, I was invited to do a masterclass at the esteemed Royal College of Music, where alumni such as Vaughan Williams and Britten went to school. 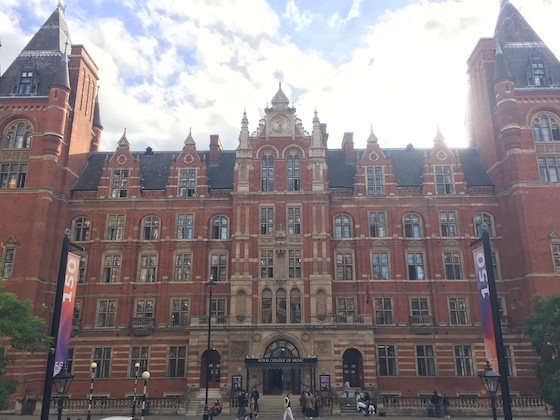 The concert took place at the UN Ballroom, which has a lot of history, and playing there is hard to describe in words. The first UN General Assembly reception took place there in 1946, hosted by King George VI and Prime Minister Attlee. It was also where Chaucer used to work, and it was featured in the movie "Mr. and Mrs. Smith" - in Brangelina's dance scene! Because of the history and beauty of the place, playing for British VIPs, it was an extraordinary feeling. The program was called the "3 Bs," but what really got the audience's attention was Carmen. This was a special occasion because this was the first official concert to take place in this space, and they had to bring in the stage and piano for it. 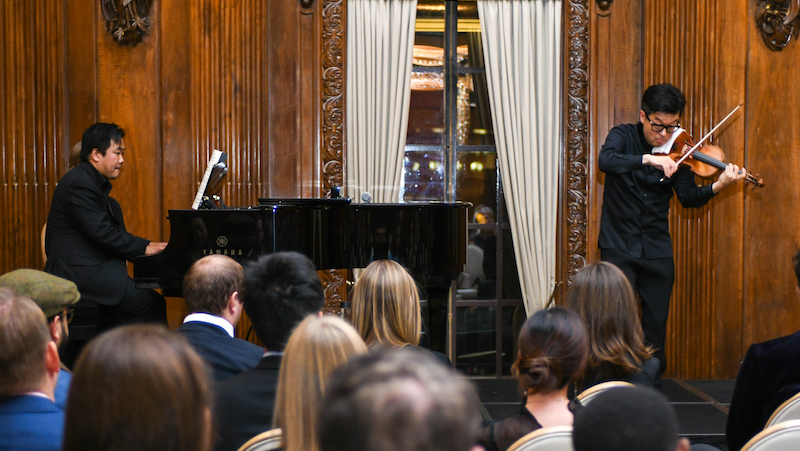 What made the occasion even more exceptional was that I was able to play on a 1709 "Artot" Stradivarius violin, generously loaned by J and A Beare, the authority on Strad. They have an extraordinary collection of Strads, and I chose this one because it spoke to me the second I started playing. There is a list of prominent people who this violin belonged to, and luckily I was referred to play on this gem for this unique venue.

One interesting episode: the UN Ballroom is inside the Four Seasons Ten Trinity Square, a London landmark. Earlier in the day, I ran into someone who was checking into the hotel to attend the concert. Apparently, he looked me up as David Parker, who is a rapper, and thought I was a hip-hop artist!

On a serious note, the whole experience was very meaningful, especially because of the venue, occasion, and time. I felt that people were so excited to attend a live concert to bring the oxygen back to our soul. And that was my message, as well as love, during this challenging time as I ended the evening with Piaf's "Hymn a l'amour"!