How to Practice Octave Harmonics (with Video)

February 19, 2021, 11:53 AM · Meditation of Thais, Dancla 1st Varié, and De Beriot Concerto No. 9… What do they have in common? The charming, old school sound of the half-string harmonic, also called the octave harmonic. Students often bump into half-string harmonics for the first time in the intermediate repertoire. But it’s always a great time to be practicing half-string harmonics as they are all over the advanced repertoire and can give you an edge when sightreading, too. On occasion I have even taught less advanced students (pre-shifters) a touch of the harmonic (pun intended) just to introduce the concept of light grip and fun sound effects. 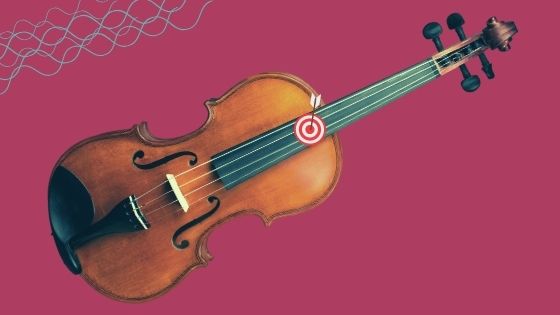 Most of the time, harmonics are played in third position with a 4th finger extension. Here are the important technical instructions for harmonics, which are a way of playing the overtones of a string:

Because harmonics can be tricky to get in and out of cleanly, they deserve some attention on on their own. I created a series of videos for my studio at Virginia Commonwealth University to use as online content during Covid time just for such isolated practice.

First, an exercise for connecting a harmonic securely to our third position hand frame.

Next, here is a video for shifting into harmonics smoothly from first position. There are two ways to connect a shift to a harmonic so that the open string does not "pop out" inadvertently:

In the more advanced repertoire, harmonics are also played in double extension with the 3rd finger. This allows for even more charm. So if you want to level up, here is an exercise to practice playing a harmonic with a third finger:

In a future blog post I will get into some of the more exotic natural harmonic locations on the violin. Until then, happy practicing – may the overtones ring beautifully for you.

February 19, 2021 at 06:08 PM · Great exercises, Susanna! Harmonics add fun at any age or stage of playing. When teaching beginners, it's so fun to show them this magical kind of note for the very first time, it's like unlocking a special violin secret.

February 19, 2021 at 06:15 PM · Thank you for these exercises, Susanna! I love the way you used the Mendelssohn as inspiration for one of them.

February 19, 2021 at 07:05 PM · I'm saving this blog to share with my students! I actually start my very beginner students playing open strings plucked with the pinky over what I call the "high dot" - a sticker placed on that harmonic. And, finding that harmonic is one of the first steps in shifting. They love it and the special effect of that!