The Gift: A Violin for Prison Inmates

December 12, 2021, 5:33 PM · There was no second-guessing my decision to give one of my violins to the prison where I regularly play for inmates. Several years ago I created a non-profit called Arts Capacity, and since then the organization has brought regular recitals to the prison -- sharing music, art, and offering a time of healing and coping.

It was the handwritten comment in one of our surveys that inspired the gift: "I wish stringed instruments should be available for inmates to play." 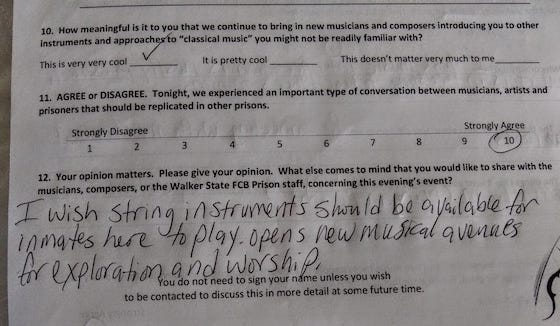 The surveys have guided our non-profit after each recital for the past six years. From the surveys, we’ve discovered a desire to hear works by living American composers over traditional Classical offerings. We’ve found that prisoners communicated with family about music and art, giving them a sense of pride and empathy. And we’ve learned that an outlet of music and art creates a more focused and meaningful life.

But there was something that the surveys didn’t reveal directly until I started to connect the dots backwards, all the way back to our first recital. And that is how art begets art.

Entering the prison in 2016 for the first time, I performed a violin recital with the hopes that music could bring peace and beauty to a population that needed it. After the performance, I was presented with a gift the prisoners had created out of cardboard: a beautiful violin, completely made from cardboard. It was an incredible gesture of thanks that I hadn’t expected. 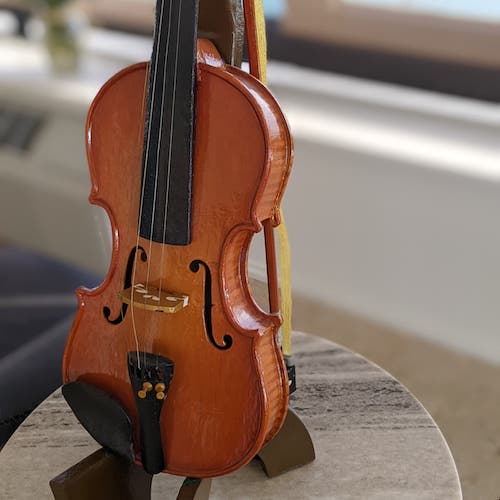 The cardboard violin, given as a gift.

This gift made returning to play the next recital more meaningful for me. I wanted to give more music, knowing full well how much it meant to the recipients. Again, a gift of art was given to me: this time, a 16x20 painting that looked like it could have belonged in a museum. 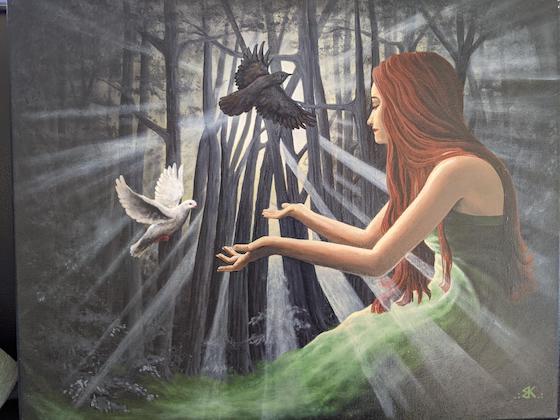 The painting given to me.

The painting was so moving that I decided to commission a work by one of the composers who had been featured on my recitals. The following recital, I shared that new piece in the prison, a world premiere inspired by their painting, as a gift back to the inmates.

The gifts to me, to my fellow musicians and composers continued during each recital, and inspiration for new works were regularly manifested in reply. It was literally a conversation through the arts: the musical arts to the visual arts, back to music, and so on.

The latest batch of surveys after our most recent recital made it clear that not only was a visual creation behind prison walls necessary, there was a need and a desire for the creation of stringed music.

There is nothing sadder than a violin that is un-played or collecting dust. It seemed a waste to just let this violin sit without doing what it was built to do. A new set of strings were put on, the bow was rosined, and the small adjustments made. 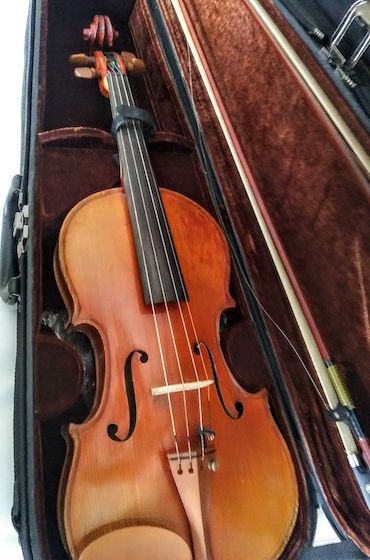 The violin that is being given to the prison.

Looking back, many of us have achieved wonderful skills from our exploration into, and the creation of, music. We learned better focus and discipline, we learned the joys of small accomplishments, we learned how to overcome fears and obstacles, and we learned that one of the greatest gifts is to share music. Are those not greater metaphors for life?

With this violin, I hope the connection to music becomes more meaningful, that the pride in learning something new brings new ways to connect with family and community, that the act of creating music helps focus and heal in the most powerful ways.

Who knows, maybe one day we’ll be looking at a full string orchestra! But one step at a time. One violin, one voice at a time.

December 13, 2021 at 04:04 AM · That's a great story for this time of year, or all year of course. Wonderful work you're doing. And the cardboard violin is amazing!

December 13, 2021 at 07:58 PM · Thank you all for your kind and supportive words. Isn't it amazing, a simple cardboard gift could be the path forward of finding humanity, purpose, and beauty through the arts? we're so excited to see what this real violin will do for prisoners. I'll be sure to share as soon as we have some stories.