August 19, 2022, 1:54 PM · Chords are some of the most joyous notes to play, and they certainly add depth and majesty. However, three and four - part chords are often accompanied by enormous weight that can upset the balance of the bow. Transferring from the bottom two strings to the top two can double the amount of pressure on the strings. There are technical and aeronautical thoughts you can use, though, to keep all movements as frictionless as possible. Playing with the right bow speed and bow distribution will greatly improve your chords. 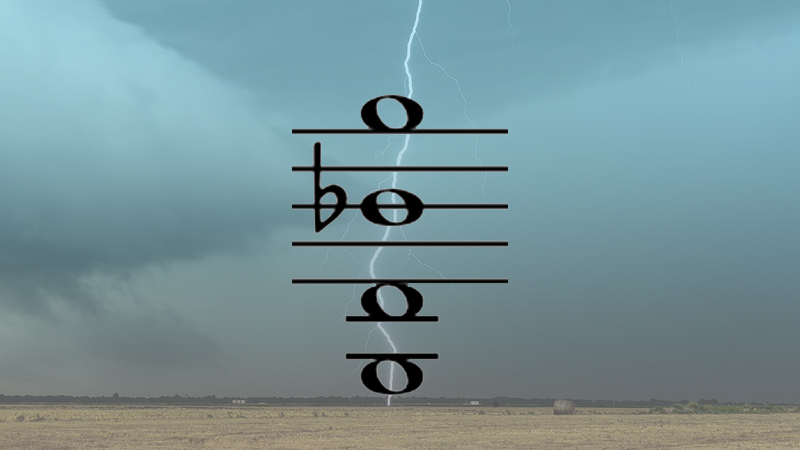 Changing Speeds in an Instant

It takes a plan and a lot of chutzpah to start a four-note chord. First count to yourself, then start the chord with great speed and no hesitation. Getting from the bottom to the top of the chord involves so much action, it’s best to not think while you’re doing it. That said, the thinking occurs before and after, just not during.

Before the chord: take a moment to visualize what is happening: The bow is balanced over the lower two strings. The movement that follows is 100 percent horizontal so the bow can skim the lower strings. That initial moment of thrust is followed immediately by a switch in angles. This is an example of Fritz Kreisler’s popular saying that technique is a matter of pulling the trigger and shooting. Once you "pull the trigger," there’s no time to think.

One need look no further than a steep rollercoaster to imagine a quadruple-stop. Being fully seated in the track is pretty much how it feels to be in the string. There is one big difference - the acceleration and deceleration are reversed. The chord starts suddenly, with an enormous amount of momentum. By contrast, rollercoaster reaches the apex of the angle steadily and slowly. Then comes the massive free-falling part, with the coaster gripping the track at breakneck speed. Violinists do the opposite and hold back the speed right after crossing to the other side of the angle. This is a good way to learn how to save bow. The beginning of the chord and the transfer to the upper strings takes place in the lowest eight inches of bow. It’s like landing on a tiny runway, with a panoply of speeds, saved bows, and angles.

The Weightless Midway Point of the Chord

The half-way part of a chord rests on the middle string, which will be the one with the highest altitude. For a triple-stop on the lowest strings, it would be the D string. For a quadruple stop it would be both the D and A. Two things need to happen to avoid crushing this string (or strings): restrain the weight of gravity, and barely move the bow while it’s transitioning to the top of the chord. The tendency is to crush the middle string because it’s not only closest to the hair, and it’s vibrating into the string. To compensate for the close proximity between the hair and a string moving up-and-down, you need to pull the bow away from the string, while gravity is lowering it. On the violin, gravity always needs to be managed and minimized. You can get deeply into the string, where all the intensity and color are located, with balanced, skimming pressure. I think of this as neutral gravity.

The Muscle Memory of Chords

Adjusting the flight of the bow and moving quickly will result in more balanced sounds. To eliminate scratching, finish the entire movement of the chord as soon as you start it. You may have to break the old habit of using too much bow weight, but the better result will help prevent it from recurring.

August 20, 2022 at 07:07 PM · Paul: What an incredible analysis. I'm not in a position to follow all of the details. I'm a retired person who has been a life-long amateur but who has all but given up the instrument in the last few years. So, technically, I understand what you have shared, but can't do it. However, I certainly can appreciate it.

To me, one of the greatest players whose sound in most things (including repetitive rapid chordal passages) was Zino Francescatti. For example, his performance of the Tchaikovsky Concerto, in that rapid chordal passage in the first movement, is not only technically elegant and clear as a bell, but also actually has (to me) a vocal, singing quality. And that is something I don't think one hears that often, even by many of the greatest players.

Is he doing what you are explaining?

August 20, 2022 at 09:40 PM · Sander, You picked a particularly good example of someone wIth an especially vibrant sound. Francescatti, to my ears, had a lovely, wide vibrato, almost vibrating a half step, but not sounding like a slow vibrato. Also, he voiced his chords so that the bottom rang with equal brillliance as the top.

August 25, 2022 at 01:10 AM · This is an incredibly helpful article. I particularly loved the roller coaster analogy! Thank you! Your article brings to mind something I recently dealt with as I marked orchestral parts for an all Mozart concert. There are numerous chords in the parts, and the person bowing them marked certain chords "divisi" while others were not notated as such. I'm guessing that when a four-voice chord involves two open strings (such as the one in the photo in your article), orchestral musicians assume they should play all four notes. But when a 4-voice chord is completely fingered, then "divisi" applies. Is that the case? (I admit to being too many years away from my orchestral days and don't remember the protocol!)

August 25, 2022 at 03:26 PM · Diana, you raise an interesting question but I’m not sure the answer is simple. Certainly in Baroque music there will be more chords to play than in other periods. It would be left up to the conductor and Baroque performance practices whether to break the chord, roll it, or play divisi. The number of fingerings wouldn’t matter, since most of the chords are designed to fit comfortably within the hand’s placement. (Of course, there are some nasty exceptions.)

I can’t think of big chords in Brahms symphonies, for example. There’s one chord I found in a movement of the Beethoven violin and piano sonata #6 in which four note chords, marked staccato, are played in quick succession. I had no idea how to play them, but luckily listened to a recording of Gidon Kremer. He whacked the strings all at once, with no hint of breaking the chord. Surprisingly, all 4 strings sounded at once. It wasn’t a beautiful sound, but it wasn’t supposed to be.