Violinists, On Your Mark, Get Set, Go! - The Art of Starting

August 8, 2022, 12:16 PM · Musicians have a lot to think about when starting a piece or a passage. On their minds are the tone that they’re trying to set, the rhythmic quality, and the first note itself – all of which can make them feel overly cautious. Violinists also have to move the bow without scratching. It makes us appreciate how so many musical parts become integrated. However, starting is often the most difficult part of this system. In fact, starting and stopping several times is a rather common problem. 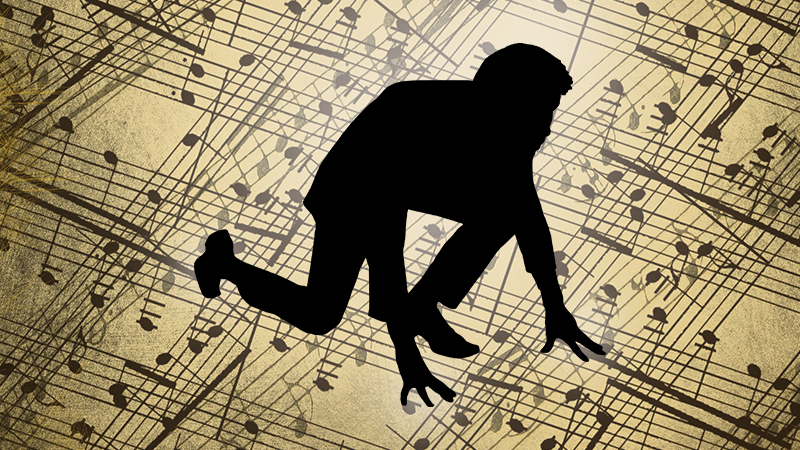 Like the saying for carpenters, "measure twice, cut once," violinists should think, count, be confident, then bow spontaneously. Although it’s easier said than done, it’s still the recipe for a good beginning. What should your toolbox of thoughts consist of?

1. Have the first few notes clearly embedded in your mind. That would include bowings and rhythm as well. Because of the difficulty of starting something, have the first measure in your ear too. This means that you’ve absorbed the melody and the spirit of the music. Sometimes the mind alone doesn’t include that.

2. Small mistakes sometimes happen on the first not because you haven’t yet established a flow of rhythm and bow movement. The reflex to stop kicks in, which is a good example of” fight or flight” syndrome. Flight may win, but fighting is preferable. The strategy here is to minimize the damage by ignoring the mistake, and instead keep going. If you stop, you’ll likely start again and stop again. By bravely not hesitating, your rhythm and your confidence will stay intact.

3. Much can be learned from a missed first note. Maybe the fingerboard wasn’t properly measured in your imagination, the music wasn’t in your ear, or you were confused by the bowing. After you’ve finished the phrase, go back and analyze what went wrong. Fix one thing at a time, and that sense of limited focus will sharpen the mind to make everything else sound better.

There are two culprits that crop up at the beginnings of a phrase: notes and sounds. A scratch may make you want to start over, and even a slightly out-of-tune note will seem worse than it really is. All said, it’s one tiny moment in an ocean of music and sound. It helps to expect that mistakes may happen, and to incorporate that knowledge into your general mindset. With a little analysis, that mistake probably won’t happen again, and your playing experience will have been enriched.

August 10, 2022 at 02:29 AM · Very helpful suggestions, especially the one regarding hearing the first measure(s) before starting. Also, having the bow on the string? Thanks.

August 10, 2022 at 03:45 AM · David, Having the bow on or near the string shows that you feel the beat and you’re ready to play. Calmly starting helps also to get a warm sound. If I start like a jack rabbit I’m liable to get a thin sound.

August 11, 2022 at 02:23 AM · Paul, as an example, how would you approach the very beginning G major chord of the Vitale Chaconne which goes over four strings to the G the E string? Bow on the G string or slightly above the string? Thanks.