March 28, 2022, 4:33 PM · The technique known as son filé, generally translated as "spinning sound," has been talked about since the 18th century. Its French name rings with the beauty that it alludes to, and we can thank L’Abbe le Fils, AKA Joseph Barnabe S. Sevin for giving us the name. 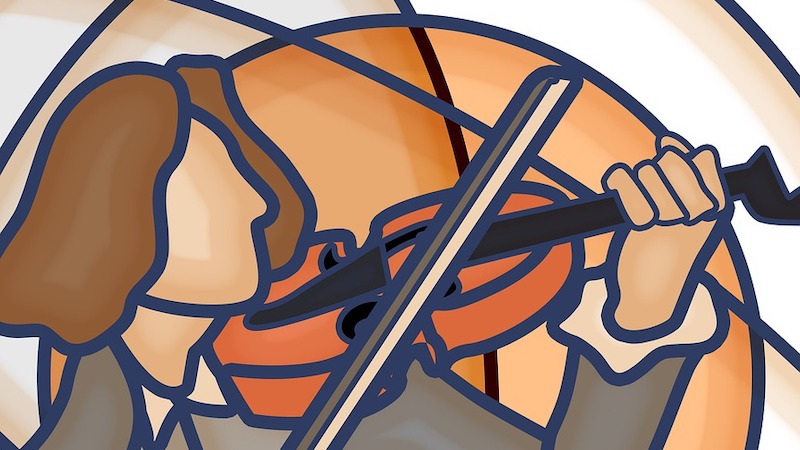 It’s also described in Carl Flesch’s The Art of Violin Playing and Ivan Galamian’s Principles of Violin Playing and Teaching. The exercise is presented as long, slow bow strokes with attention to evenness of sound. It deals with how we compensate for the difficulty of moving the bow so slowly. Since the world of the violin revolves around beauty of tone and heartfelt vibrations, one must be careful to not overdo the slowness of the bow, at the expense of fluidity.

What matters, of course, is how we can identify the purpose of son filé and the benefits it teaches. It has taken on many meanings, including the subtle use of fingers to keep the bow smooth, but the most important goal is sweetness and versatility of sound. There are certain details that make sounds expressive and warm, and variations on son filé to highlight them.

The Checklist for a Spinning Tone

Such is the bow’s versatility that it can change on a dime. The mind has to be ever alert to changes in dynamics and whatever is coming up next. The exercise of son filé connects thought, preparation, and ultimately sound.

Pulling away from gravity is a skill unique to string players. When you watch a fine player, the hairs appear to be spinning the surface of the string. While there is pressure on the string and the hairs are deeply embedded in it, it’s the skimming that causes the silken tone.

Before moving your fingers too much, ask yourself if you would feel more comfortable making adjustments with a movement from something other than the fingers. It could be a subtle shift in the weight of the wrist, or more energy from the lower arm. The possibilities are endless, and one is as valid as another. To find what works for you, make a conscious decision to play louder or softer, then pay attention to what your arm does. Since the bow arm is so personal, it will speak for itself. You may even find that all you needed was a little more bow speed.

The open string exercise with whole notes - "son filé" - started my world of vibrating strings. In a brief summation, I was told to let the tone ring, move the bow smoothly, and to not press too hard. Just how much energy and gravity goes into the basic violin bow stroke has as many explanations as there are violinists and teachers. Getting from a functional sound to one of lyric beauty involves the discernment of the ear and the understanding of music’s possibilities. The fact that we can’t see the subtle relationship between the bow and the string only adds to the mystery.

March 30, 2022 at 04:14 PM · Doesn't it depend on what instrument you are playing? I gather that with Strads, etc., you generally move the bow very slowly to get the best sound.