February 2, 2022, 9:39 PM · Playing three-string chords can be daunting, especially if you try to play all three strings at once. 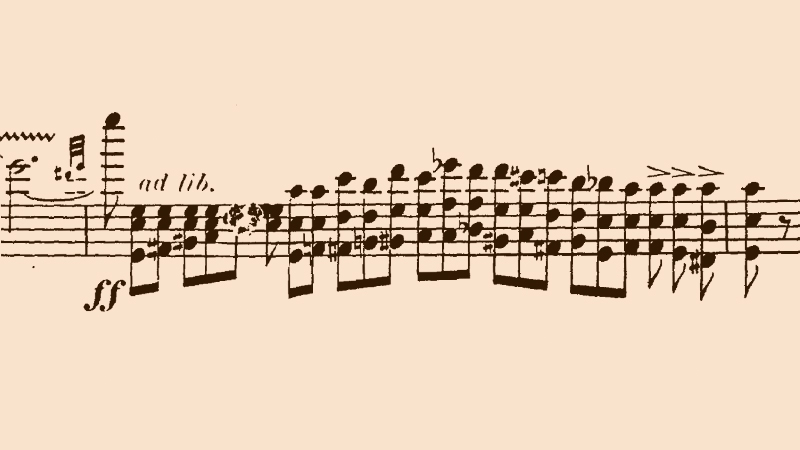 The task requires lightness and spontaneity, as well as lightning speed. Athletes also perform physical feats that involve the same kinds of skills - though for those in sports, the issues of competitiveness, size, and strength may be more apparent. For both musicians and athletes, though, in order to perform something in a split second, it's important to gather as much knowledge as possible about the task at hand, leaving little room for doubt.

In the case of triple stops, the bow must engage three strings at once, without changing the plane of the bow. In other words, you need to avoid a sudden dip at the frog or the tip. But how? We think of each string having its own "plane" - so a triple-stop would involve three different planes! It would take either a magician or someone with a musical/athletic mind-set to pull it off. An athlete would figure out the angles at play and the properties of the hair. A musician would modify it to match a desired sound. While any technique can be put into words, even 1,000 words wouldn’t do it justice. Let’s look at triple stops from an athletic perspective.

Plan Ahead, then Play Spontaneously

When playing music, actions take place in a fraction of a heartbeat. The physicality of playing unison chords, with all three strings at once, should be understood step-by-step, but then experienced all at once. Let’s break it down:

If you have trouble being comfortable on the beat, make sure you’re not distracted by how much bow you’re using. If you feel it’s necessary to use the whole bow, you may forget where the beat is. Just as athletes must do, learn to be in the moment. Your inner ear, the conductor’s beat, and the collective orchestra are wonderful reminders of where the phrase is at any given moment.

Fritz Kreisler sums up the musician/athlete’s point of view. In disciplines defined by knowledge, naturalness and courage, music and sports demand that you must strike while the iron is hot. Kreisler is paraphrased by his biographer Louis Lochner: "I believe that everything is in the brain. You think of a passage and you know exactly how you want it. It is like aiming a pistol. You take aim, you cock the pistol, you put your finger on the trigger. A slight pressure of the finger and the shot is fired."

The Checklist for Quick and Light Chords

As for the two neighboring strings, there’s ample flexibility in the hair to reach those two strings. You may not believe at first that the hairs will bend slightly and touch lightly, but they do. You learn to trust the knowledge of how the violin works. The curve of the hair and the curve of the strings fit like a glove.

Seriously, great topic Paul. My go-to has always been to just move away from the fingerboard by, say, one lane, but that's kind of a band-aid.

February 4, 2022 at 04:40 PM · Extremely helpful! I'll admit I don't run up against triple stops often in the pieces I play. When I do, however, I tend to cheat a bit and separate the bottom note from the upper two. I'm going to try your suggestions and see if I can accomplish a true unison. (If you hear a loud crunch emanating from the southeast, that will be me.)

February 4, 2022 at 04:41 PM · Paul, My favorite word in orchestral music is divisi. In fact, as a second fiddler most of my life, I tended to play the lower note even if I sat on the outside. One other thought about triple stops, the bow is supposed to wait until all three notes have been placed. So patience is a necessary ingredient for the bow to be spontaneous. Too often, unfortunately, the bow doesn’t wait and ends up moving too slowly.

Jean, Another thing that helps the bow move freely is not overthinking the straightness of the bow. Once it’s on straight-enough path, I allow it to give in to the gravitational pull toward the fingerboard. This avoids the problem of scraping.

February 4, 2022 at 04:53 PM · I have always thought that those triple-stops were a lot more practical before the 20th century, when the D-A-E strings were plain gut, and a lot more flexible.

February 4, 2022 at 04:58 PM · Diana, My favorite disaster scenario is the loud crunch/squeaky E sandwich. Why I never quit the violin after playing too many of those is a mystery.