Allowing Your Musical Perspective to Change and Grow

May 30, 2021, 10:00 PM · Since music is layered with musical and technical considerations, it’s better to be flexible rather than to be stuck in one line of thinking. 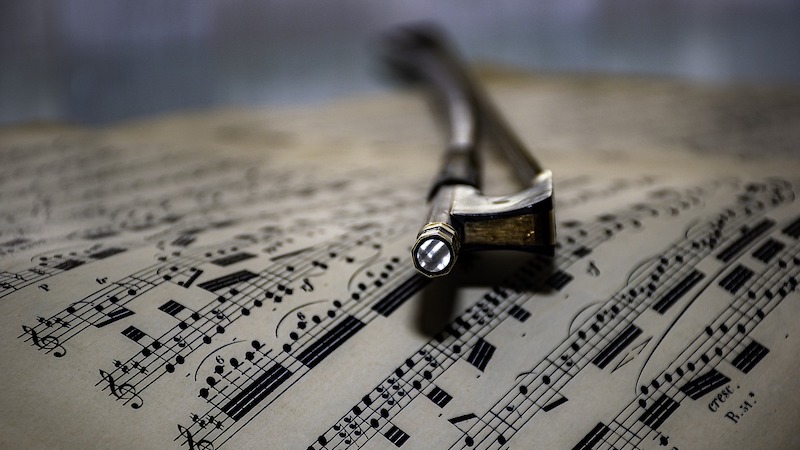 Switching gears, like knowing when to shift your concentration from the left hand to the right, helps you learn how to think on your feet. Even rhythm, which is mathematical and logical, is contingent on the moment at hand. My favorite part of being a musician is bending the “rules” to create a more meaningful musical phrase with the right tempo.

Yet minds have a predilection for staying fixed. This point was brought home by a student who came to study me after a few years of study with other teachers. Things were not fitting together in his playing. There was too much pressure between the hair and the strings, and bow changes made the scratchy sound even worse. Sudden bow movements and unexpected rhythmic spurts compounded the distorted sound. Yet he was determined to remember what his teachers had told him, hanging on to that information like a lifeline. In fact, each mistake and scratch triggered him to think of what he should have done to prevent them from happening in the first place. He was stuck in an old perspective, something that was familiar to him. While it sounded logical, it was sinking him further into a vicious cycle.

Hearing and Seeing Things in a New Light

Pianist Glenn Gould expressed to a graduating class the idea of fundamental changes in a musician’s belief system. His unique ability as a pianist and writer reflected his desire to remain true to his spirit. He withdrew from the concert stage and pursued intensely personal interpretations of Bach and Schoenberg. Here is his speech.

Changing the perception of an aspect of your playing can lighten the load of your technique. For instance, the effectiveness of using a metronome as compared to hearing the beat in your ear can have a significant influence on your rhythm. While metronomes are an amazing invention and need to be used, they don’t replicate the ebb and flow of music. Phrases, dynamics, and climaxes make music flow spontaneously. The kind of beats that are needed change on a dime, ever so slightly.

If you’re used to a strict metronomic beat, you may be caught off guard when the pace slows down or speeds up a little. That’s when the beat is better off in your head rather than being stuck in a metronome. How do you change your perspective and move the tempo inwards? The first thing to do is to notice the successful times when the music and the rhythm seem to flow through the ears, mind, and fingers. When that happens, gently count in your head. Counting the beats gives you more stability and makes you a better subdivider. Knowing how a quarter note “wraps around” eighth or sixteenth notes means you won’t rush the faster notes.

Anyone who has ever played fast notes too fast or slow notes too slowly knows that playing with others makes you listen and be ever vigilant about where the beat is. That’s hard to do if you’re stuck in a metronome mind-set. What a difference there is between hearing the hollow tap-tap of the metronome vacuum and experiencing the depth of live music played by you and your colleagues. You notice that harmonies make you hold a note just a little longer, and you feel more resolved to move the sixteenth notes a little faster. Hearing rhythms this way can motivate you to think more musically. It will even help you follow a metronome better because there are more notes and rhythms ringing in your ear.

Changing from the mechanical mode to the musical one opens the door to greater possibilities. Dynamics, gently changing rhythms, and articulations will appear more colorful and defined. But such a change can face resistance. Old habits die hard. New thoughts and observations will be heard and gradually digested, but it may take some time. An old perspective, even if it’s no longer effective, will try to share the stage with a new one.

Thoughts and Feelings Sum Up Music

If you feel that thinking and playing don’t mix easily, you would be right. They reside in parts of the brain that are both compatible and incompatible. When you discover a new idea in your playing that negates an old one, you go through the cycle of reminding yourself and then forgetting the idea. Like the interdependence of the left and right hands, thinking and feeling eventually find a way to co-exist. A good way to absorb a new perspective is to not let go of the old one, nor force it out, until it seems less necessary. When you have a breakthrough moment, it will course through your musical system in its own time, and even integrate some of your earlier beliefs.

June 1, 2021 at 07:21 AM · Funny how my new perspective is taking me towards the metronome, or hopefully rather how to count for myself. I've just been swaying as I play, feeling the rhythm without actually counting the note values. When I turn on a metronome, usually my bow just stops, but now just for the past week I try to count it for myself, whether it's 1-2-3-4 or 1-and-2-and... or whether it's just ta-ta-ta... without numbers but staccato like a metronome so at least I keep it steady. Another temporary trick I've been trying is doing the beat with my bow so a dotted quarter might get 3 pulses. It sounds terrible but hopefully I'll be able to internalize those pulses and return my bow to flowing strokes of the proper timing.

Today I had my first instrument (violin) lesson since 2019 (and my first zoom lesson ever) and my teacher complimented me on much improved intonation and gave no criticisms of my timing (no doubt saving that for a later lesson). We worked on planning (and writing onto the sheet music) the bow direction and some other nuances of bowing. She acted like I play a lot better than when she last heard me (Dec 2019) and overall I've got a new perspective over the past week or two: if only I can learn to count so my timing is precise...then I feel a breakthrough is coming and I will finally be making real music. Finally I at least feel close. I'm trying to break old habits and make my practicing deliberate and targeted towards discrete little improvements in very specific aspects of playing. That's very different from just playing through the pages, sight-reading and playing without careful study. And being more disciplined and focused is already giving me optimism and excitement.

June 1, 2021 at 11:25 AM · Will, thank you for articulating so well the journey that you’re on. It reinforces my belief that it’s possible to feel small amounts of improvement every day wheN you experiment. (It never made sense to me when teachers said that you may not feel progress for months.) Your ta-ta-ta example shows that counting in music doesn’t have to mean with actual numbers. There are more musical ways to feel beats. Everyone does it in their own way.

In my youth, between 10 and 16 or so, I was regarded as an aspiring young pianist. Not big game, more that kind of local talent, and to be honest, as soon as I got my nose into one of the major european conservatories nearby, I realized that most probably I wouldn't be able to keep pace with all these really gifted kids from all over the world. I felt like a pretender, got involved in different things, and finally quit. But however, I had given recitals, strangers bought tickets to hear my Beethoven and Schubert, and it wasn't all that bad. Just not good enough to become an elite player... But even if, I got rhythm. No matter what I'm doing, there's always music in my mind, and I'm moving to the rhythm of that music. Cooking, walking, surgery, soaping my backside under the shower. Music is my breath, my hands, my thoughts. Rhythm is engraved in any fiber of my neurons - that's me how I thought until...

And then, many years later, I got myself a violin. Which totally messed me up and proofed me wrong.

We're all struggling. With so many things to concentrate on, one can really hang loose. Sometimes it's okay, and sometimes it's so-so and I'm feeling like a toddler. Be patient and kind with yourself.

June 2, 2021 at 10:33 PM · Thank you Paul for generous sharing of your thoughts and experiences! Thank you for the link to Glenn's graduation speech!! Truly outstanding and genuine...just the way he was.