January 18, 2021, 11:47 PM · Over the years I have dissected what I do with the bow to achieve the best sound - without scratching. I remember the wording in the primer that our school district used – "Play with a full, uninterrupted sound. Use a light touch." That had limited value for me. I wish it would have just said "Don’t scratch." I’ve always gotten better results when I eliminate the parts of my playing that stick out. Give me all the negatives to look out for, and I stand a better chance of improving.

Here, though, are is a list of positives, to help achieve a full-sounding detaché bow stroke:

Detaché and the Three-Item Checklist

1. Strike the string with conviction: A Fresh Start with Every Bow Stroke

The most useful detail is knowing how to strike the string with the hair and be guaranteed a good sound without a scratch. I love the efficiency of the hairs striking the strings, and when it’s done well, it’s amazing in its simplicity. The unleashing of sound without scratch is a result of giving the string room to breathe and vibrate.

When a diver displaces water on entry, the body of water and the body of the diver accommodate and displace each other. That’s what’s supposed to happen, and the resulting splash of the water is equivalent to the sound waves emanating from the violin. The only problem is that the mistakes I made were so common and rampant, that the ease with which I made them rivaled the ease of doing it right in the first place. I had fast reflexes, but they were the wrong ones. As I waged a war on each one, miraculously I discovered some good reflexes, encased inside the bad ones.

The most important thing, I discovered, is to start without any trepidation. Trepidation is not a word you ever see in a violin primer. If it were there, it would say to avoid trepidation at all costs. Honestly though, I had plenty of fear and agitation about the many things that could go wrong, so when I played in an orchestra for the first time, I didn’t come in wrong with a huge scratch. I did the exact opposite and waited until my stand partner came in. I was very good at that kind of trepidating.

Here’s where my trepidation would cut by half the result I wanted. Just as a pianist creates a different character with a tiny variation in pressure, so a violinist changes the narrative with a slight change in energy. It all happens in less than a split-second, so there’s literally no time to dawdle. Any hesitation causes:

Nothing beats the efficiency of a well-struck string. Broadus Erle of the Yale Quartet demonstrated in a master class the sound of an open string growing in volume, pure and focused from pp to fff. Why? To show how easy it is, with the energy coming from minute changes of impetus. What he didn’t demonstrate was his knowledge of how all the compartments work, such as the string’s engagement and the organic path of the bow. Those elements are more likely to be discovered by the individual because it’s difficult to find the right words to describe them, and the words may vary from individual to individual. 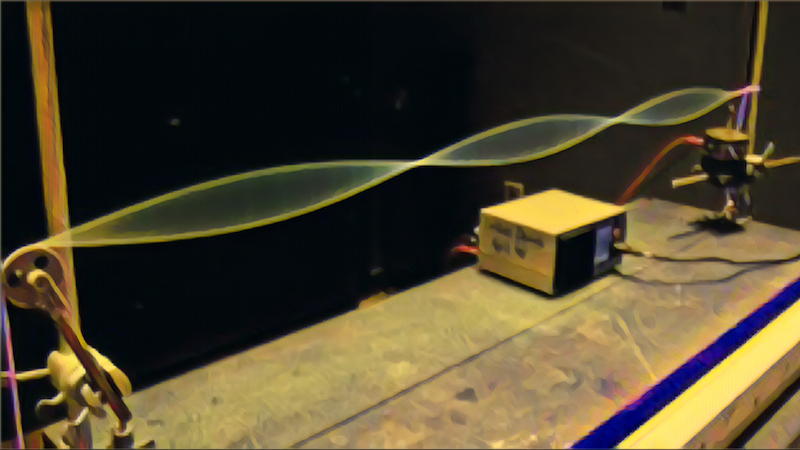 The piano is the violinist’s inspiration for what a clear inception of a struck string sounds like. Scratchy, muddy, scraped, and twangy are four adjectives you want to avoid when you strike the strings of the violin. The inception point, whether it’s a down or up bow, takes full concentration to make sure it’s not rushed or taken for granted. This is an example in which patience is a technique.

One bit of advice has never rung true for me, the idea of "getting into the string." Since the string is what needs to vibrate fully and unencumbered, I prefer to think of the hair absorbing the string. While the physics of how flat hair can do that to a string is not clear to me, the concept has helped me let the string breathe while it’s rollicking around in all that hair. Just as a picture is worth a thousand words, a common-sense idea is worth its weight in gold. Imagine a string vibrating fully inside a swath of hair. I can buy the concept of a string absorbed by the hair. 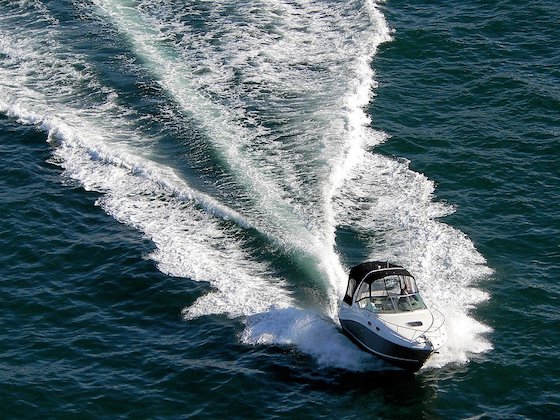 3. Follow the Movement of the Bow: "Bowing in Its Own Wake"

The perfectly straight bow may or may not cause the string to vibrate in a uniform, healthy way. If you’re bowing in such a way that the string is getting a mixed message, twisting the vibrations into some sort of quagmire, do something different. The best country fiddler with a slanted bow path can get the sweetest, most soulful sound because each stroke finds an organic path. While a boat marks its trail in the ocean, it makes me wish that a bow could do the same. Every wake is different, and every bow movement is individually conceived. There are exercises to learn a straight bow, but to discover a path that feels right for the moment, listen to your body.

Paul, thanks for a superb blog. I do think there is a a factor that you left out. That is, let the violin play the bow. I think one of the great ‘secrets’ of good players is they let the violin move into the bow rather than the other way round. (Not all the time., I hasten to add). I seem to recall Zuckerman saying you can increase sound production by the upward movement of the violin in chords. Starting at the heel definitely requires movement from the violin rather than bow in quieter passages.

January 19, 2021 at 09:02 PM · Buri, The bow is so responsive that any movement by the violin will prompt some change in the bow. On s related note, I’m a fan of Lang Lang and I think there’s a relationship between physical and even emotional gestures will help the hands accomplish their tasks.

agreed. But if the violin moves before the bow touches the string seamlessly contact is easily achieved. It’s a far more effective approach than focusing on getting a perfect bow landing. It’s much easier to control a =micro= movement of the violin than the bow at the heel.

It’s a slightly different discussion, but tonally, the violin playing into the bow is better than the reverse.

January 19, 2021 at 09:44 PM · In essence, the bow is an eagle catching an updraft! : ) Violin and bow must coexist in harmony. Thinking about one without the other is a painful divorce.

its always nice to have these issues in the forefront of one’s thinking. Last night I was reviewing Paganini Caprice 15 which starts with a deceptively nasty drone open ‘D’ plus third position melody on a string. I’ve practice it modulating the key factors of sound point, speed , pressure and so as necessary, but at the end of the day, having done all that the cleanest entry is done by not thinking about that stuff and focusing on moving the violin a fraction of a second before the bow touches the strings.

if you want to see it done well Nathan Cole has a video on it somewhere. To me it echoes a lot something Simon Fischer says on one of his videos about thinking holistically. The violin and bow being one entity. But I do have what I think is a reasonable question: Have you actually ever tried it?

January 22, 2021 at 05:49 PM · Primrose insisted that Catching The String is even more vital on the viola, even in pianissimo.

In fact it's the very first sound I teach to absolute beginners: a "pizzicato" with the bow hair followed by a quick, light loop in the air. Precision, lightness and speed! "Ting!"

Of course I immediately add "Wing!", a short leaf-shaped stroke, also with a loop.

Both strokes lengthen as we progress.