Shifting With More Strength and Security

September 6, 2020, 11:54 AM · Shifting positions is a technique that needs good balance when moving from one finger to another. Another challenge is changing strings when shifting. Once you add vibrato, it can further destabilize. With a few adjustments, you can keep the hand from slipping. To insure confidence and success, it helps to keep all the moving parts in sync with each other. A firm wrist and well-aimed fingertips will keep the hand from leaning over or, even worse, falling off the ledge. With four strings and four planes, it helps to make the hand more like a skyscraper than the Leaning Tower of Pisa. 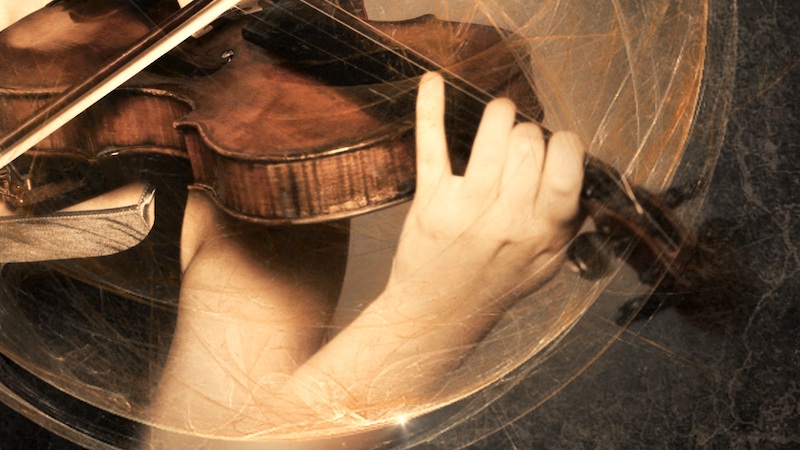 The three areas where you can strengthen your shifting are:

Exercise for Framing the Hand Before and After a Shift

In first position, place your first finger on any string. Feel like the hand is an umbrella with the first finger being its center. (This is not a literal description. Instead, it’s meant to convey that the first finger has the support of the hand behind it.) This image insures that the playing finger is the dominant one. Do the same with the other fingers, making the center of the umbrella change with the finger. This action will not only unify the hand and the finger, but it will make the fingertip stronger.

If the finger doesn’t feel the support and weight of the surrounding hand, it will place an unnecessary burden on the finger. Let the hand adapt to each changing finger.

Should the hand always be held with fingers spread apart, ready to fall on their targets? Not necessarily. The alternative, in which the hand is relaxed and the fingers are in normal position, is preferable. It is because the hand is designed to spring back and forth as the fingers go up and down. Violinists don’t need to artificially spread the fingers in order to mark the intervals. It does help, however, to keep the fingers poised and separated for a passage with many 16th notes. In slower sections, however, the hand can relax and expand, depending on the rhythm. Keeping the distances in mind will get each finger ready for its proper spacing. The distance of the intervals should be clearly visualized in the imagination of the musician.

Exercise for Focusing on the Fingertip Connection to the Fingerboard

What will help the connection between the fingerboard and the fingertip after a shift? In some cases, vibrato that is exaggerated may produce a physical wobble of the hand, but in other cases it can benefit the pitch and the stability.

This exercise will demonstrate the finger zeroing in on its target, with an added momentum that acts as a magnet to connect it to the fingerboard.

Shift from first finger in first position to third finger in third position. As the third finger is moving to its target, think of it as coming in for a landing just like an airplane. The combination of gravity and momentum makes for a solid lock between the finger and fingerboard. You can avoid tension by having the finger fall freely and release as if it’s bouncing on a trampoline.

Also, the image of an electric screwdriver helps to secure the finger and insure good pitch. It burrows into the spot and guards against slippage. Not surprisingly, vibrato, a type of screwdriver, also strengthens the connection. Remember to direct all the energy to the fingertip. The arm is long, and unfortunately, the fingertip is far away. A gentle reminder by the performer to have a firm fingertip helps. Also visualize that one part of the arm leads to the next part, then to the next, and finally to the fingerboard.

Exercise for Different Speeds of Shifting

Whether you “practice” shifting at a slow tempo, or shifting at the performance tempo, there should be one unifying technique. A slow shift should have the same momentum and strength as the shift you would use in a performance.

To guide the shift, keep track of the mental measurements between the notes. Half-steps and whole steps are the stepping stones that reside not only in your fingers, but more importantly, in your mind. Even a slow shift should have the eye-hand sensation of jumping the correct interval.

For the exercise, start with a slower shift from first to third position. Count one-two, and then on three, jump. Even a slow practice shift should have fully-formed technique. Avoid dragging the finger, because it will confuse any sense of distance you are cultivating. The jump corresponds to the brain’s innate ability to ascertain distances. It’s liberating to change from dragging to jumping. It’s scary though, at first.

The distance should be imagined like an arc or a rainbow, in that it fits exactly within the moment’s rhythm. There are two rainbows going on at once, the shift and the rhythmic moment. This is one of those times that you realize that rhythm is at the core of everything violinists do.

Finish the exercise by playing the shift at the performance rhythm. Having already played the slower shift with strong movement, the faster one will keep all the same proportions and parameters. All that will change is that the moment is slightly shorter.

Filling the mind with distances for shifting is a vital part of practicing. Between having a confident rhythm and a magnetic connection between the finger and the fingerboard, you can better predict the outcome.

September 9, 2020 at 01:43 PM · Great article! I particularly appreciated the connection you made between good rhythm and shifting. Very helpful!