Listening To What Our Ears Are Telling Us

May 17, 2020, 11:38 AM · If I had to explain why the ear is so important to a violinist in one sentence, it would be that the ear prompts the hands, which prompt the sound which, hopefully, satisfies the ear. In other words, the ear is at the beginning of everything we do, and it is there when the circuit is completed. Our ears are usually highly developed because they are the most natural component of our musical arsenal. The difficulties arise, however, when our hands don’t do what they’re supposed to do. 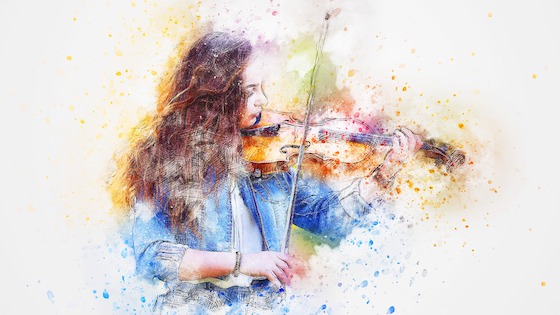 The Ears Hear, But Do We Listen?

Here's a quick test you can do in your practice room to see how well your ear functions, and how it guides your hands’ movements. Pick any shift, preferably one a little more challenging than usual. Start in first position, a safe place, then shift to fourth or sixth position. If you miss the shift by a little or by a lot, you'll very likely adjust immediately. This action shows that the ear is working correctly, but the finger isn’t. That little adjustment, otherwise known as smudge or shmear, is the sound of bad intonation and an unrequited ear.

All the ear asks for is an in-tune note, and there’s something heroic when a weak finger tries in vain to smudge it into the right pitch.

Here’s a question you may want to pose to your students: After they have played an out-of-tune note, oblivious to it and seemingly unfazed, play the same passage for them with the out-of-tune note. Most likely they will hear it as a mistake when you play it. From this exercise the student gets a boost of confidence that his ear is fine, as well as a wake-up call to consciously listen. Unconscious listening may feel great when you’re walking along the beach listening to iTunes, but doing it while you’re performing may make you feel oddly absent.

The greatest loss for a musician is when a perfectly good ear shuts down.

I’m convinced that the first thing that attracted me to music was the warmth of great melodies combined with lush tones. Maybe it was Dean Martin, Julie Andrews, or Frank Sinatra, or whatever my parents were listening to, but my ear soaked it up. (It was a marriage made in heaven; ears, by nature are perfect, and they deserve beautiful sounds to listen to.) Then, when I first touched a string with bow hair, I recreated about 20 percent of the sound that was in my ear. When I think about it now, I realize that, while my ear is a good teacher, I am only an all-too-human student.

Preserving the high standards of the ear is the challenge, and every performance is about reaching for it. This striving comes with an important advantage – your interpretation is being led by something greater than you. The empowerment of humility is something every performer has to reckon with sooner or later.

This Much is True – The Ear Shuts Down

Even though we’ve heard countless teachers remind us "we’re not listening," we still have trouble appreciating why it’s important. The ear doesn’t lie or distort, even when our hands are trying their utmost to muck up the waters.

There’s an exercise I use to remind me of what I’m missing when I shut down my ears. In this drill, I close my eyes and listen to my environment. At first there’s nothing, because it takes a while for my brain to kick in. Then sporadically I hear the sound of doors opening, people outside talking, the low sound of a car driving slowly down the hill and its resistance to the wind. This exercise speaks volumes about how we hear things in relation to music. With my eyes closed, sounds are clear and spontaneous, not tired and old.

With a Gentle Nudge, The Ear Wakes Up

Each player has his own on-and-off switch, and it’s best if he activates it as soon as it shuts off. It’s embarrassing to have a conductor tell you’re not listening. A little eye contact makes him think you are. The moment you start listening you’ll probably hear yourself make a tiny, almost hidden, mistake. Enjoy the power while it lasts.

May 18, 2020 at 03:32 PM · I'm always amazed by how quickly our ears can pick up whether a note is sharp or flat, and then make the "smudge." I've noticed that when I'm practicing and the intonation is not quite right, I should stop and take a break if I'm not putting in the effort to make those adjustments. Your article reminds me to keep my ears open, always. Thanks!

May 19, 2020 at 12:06 AM · Thank you for your good suggestion to actually stop and take a break if you’re not putting in the right work. It’s better to stop than perpetuate a bad habit. The hardest thing to do is initiate a new movement. We like to do what makes us comfortable. Whether it’s in tune or not. Paul