May 2, 2020, 6:15 PM · One thing I can say about orchestra playing – it glosses over my weaknesses. That feels good, by the way. The rush of thinking how great you sound when you’re actually listening to the orchestra – there’s nothing like it. I call it musical transference, when the glow of one amazing musical entity casts its sheen on one that’s not so amazing. When I came down from that high, it was time to figure out how to close the gap between my playing and that of the orchestra’s. First off, I had to learn not to rush. The problem was that I had fingers set at the factory, that is, my ears weren’t guiding them properly. Time for scales. 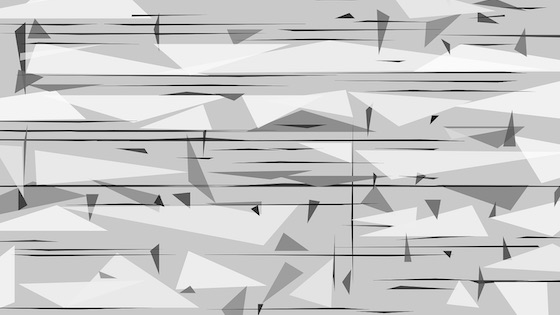 Don’t Squeeze the Triplets and Sixteenths: Let Them Breathe

When I practice scales, I like to think of a conductor’s beat instead of a metronome. The hands of the conductor give the music context and breathability. The metronome is harsh and severe. To make it more human and musical, I imagine a little felt box for each beat instead of the pinpoint, razor sharp dagger of the metronome.

I use the Barbara Barber Scales for Advanced Violinists, in which the scales begin and end with a third, instead of the usual garden variety step-wise system. The added three notes allow rhythmic and bowing variations to make practicing more interesting and challenging. Barber includes a page of rhythms and articulations which, while not difficult per se, put the mind through a truly mind-provoking playing experience. This phenomenon is called correlation. Let the thinking begin! Maintain equilibrium! Don’t speed up because of faster notes!

Every time I change from quarters to faster notes I run the risk of slicing a little bit off the beat. It may be a tiny difference, but it has a snowball effect. If a triplet plays too fast, it’s the result of a triggered, automatic response. I prefer instead the “unfolding” type of rhythm, in which I match the spacing with a gentle sub-division running through my head.

After years of studying my rushing tendencies, I realized there were noble reasons why I got to the beat sooner than I should have. I thought I was making the music more exciting, OR I was trying to lead a group, and inadvertently pushed too much, OR I was afraid music dies without degrees of momentum. Nonetheless, rushing is rushing. The worst offense is that it makes music sound the same. When a phrase has an opportunity to unfold, the musical moment takes on greater meaning.

Movie composers have the talent to hear music as they watch visual images. Just as music accompanies dancers, the rhythms which shape themselves around images strive for a perfect proportion. By studying this relationship, violinists are less likely to rush. Images cast a larger and more defined horizon than metronomes.

When rushing is more than just a momentary error, and it slips into overhauling a phrase for the worse, it’s time to imagine something completely different. When I’m alone in the practice room I imagine John Williams conducting Schindler’s List or Carla Maria Giulini conducting Ravel’s Mother Goose Suite. Their gestures and pulses make it impossible to transgress. My pulses are, on the other hand, open-ended and amorphous. It’s not a bad thing for an orchestra player to have, but having more definition has its advantages.

Finding Your Personal Piece: Learning from a Pastoral Tableau

If I need to stretch my imagination and keep my measures from shrinking, I listen to pastoral pieces. I don’t need to go any further than England. I feel myself relaxing and my rhythmic knots loosening while I listen to Vaughan-Williams, Elgar, Delius, and Finzi. Here’s Eric Finzi’s Introit for Solo Violin and Small Orchestra with violinist Leslie Hatfield. It was originally the second movement of his Violin Concerto.

What we learn from visual images gives us new perspectives about the music we perform. Five composers who heard colors in music were Scriabin, Sibelius, Messiaen, Ligeti, and Liszt. This is called synesthesia. If we can see connections between rhythms and both moving and still images, the flexibility and depth of our performances shall grow.

May 3, 2020 at 07:09 PM · Thank you so much for these tips. Scales are important to my practice but can become tedious when done in the usual “step-wise” system as you do aptly note. I ordered Barber’s book and look forward to using it!

May 4, 2020 at 03:16 AM · Suzanne, it’s nice that a little change in the scale routine can make it less tedious. What is it about scales we hate? You can’t fake them and just the sound of “harmonic minor” and “melodic minor” is so clinical. You really appreciate a melody after a scale. I love Barbara Barber’s acceleration exercises. I hope you actually have fun with her book.

May 4, 2020 at 03:24 PM · I particularly appreciate your "noble" reasons for rushing! They make me realize that rushing often stems from things other than a bad sense of rhythm. (Can you please provide some noble reasons for dragging, which is my personal Achilles heel? It would make me feel better about myself!)

1. I need time to flesh out my warm sound.

3. I’m listening to the rest of the ensemble and trying to match it perfectly.

4. I’m trying to lead a ritard and no one cares to join me.

Come to think about it, being in the right tempo can be a rather banal undertaking. Enjoy your adventure!