April 17, 2020, 1:43 PM · I want to discuss the importance of measuring up the fingerboard, rather than down. This is just a tiny detail about the left hand, but oftentimes it’s the little things that count. I do a lot of measuring from the nut, the thin wooden bar at the top of the fingerboard. Here are a few of the ways I use this idea for measuring finger placement, when shifting: 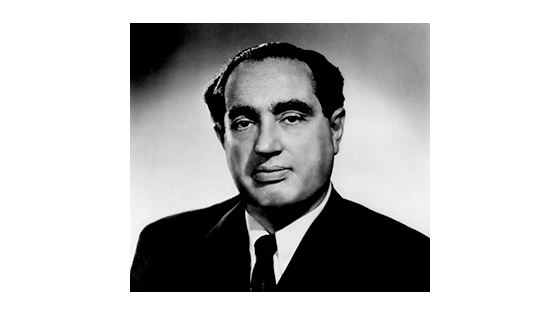 It was Raphael Bronstein who got me to thinking about how I could place my fingers with more predictable outcomes. It’s no fun to be a perfectionist if you’re making so many mistakes. I think I gave new meaning to the term “execute a shift.” Bronstein, author of The Science of Violin Playing, taught over 1,000 students during his years of being Leopold Auer’s assistant and through many decades at Hartt College and Manhattan School of Music. He taught Elmar Oliviera and Phillip Ruder, whom I studied with at Southern Methodist University when he was concertmaster of the Dallas Symphony.

Bronstein’s writings about intonation shed light on how our minds work when we hear a note, remember where it is on the fingerboard, and place it. It’s interesting how those three items are techniques unto themselves. While they’re complex and prone to mishap, we often don’t catalog our discoveries in our consciousness. Instead we “absorb” our left-hand technique into our subconscious mind, not necessarily the best repository.

How useful is the knowledge we store in our conscious if we can’t retrieve it, and if necessary, retool it?

My left hand was seriously in need of self-knowledge, or to put it more bluntly, mistake-knowledge. The predictability of my mistakes was staring me in the face. I needed to start the long road to figuring out both what caused them and when they going to resurface. When I had become a late intermediate/early advanced player, I wished I had known that it was time to tweak my knowledge of the fingerboard. Instead, I put it off for another 20 years. My subconscious mind was so shut that it was not going to give up its position as the repository of “knowledge”, even if it was seriously flawed.

Bronstein recognized that you can never take for granted the intervals in first position. Measuring from the nut and from each succeeding finger was not an occasional thing but something that was omnipresent.

Athletes, whether they be quarterbacks or tennis players. have a finely tuned sense of distances. Throwing a football takes into account distance, trajectory, angles, and moving targets. The young athlete throws by instinct and relies on a mind that sees space in a grid-like fashion. As he matures, instinct is augmented by experience, and mistakes and errors in judgement become the foundation for a well-thought out technique. He sees the thin line between youthful talent and mature musical knowledge. He is adept at crossing the line while practicing and performing.

Not that this is easy. Rearranging, or rewiring, your mind begins with putting some grids down where none existed, and then lining them up with your ears. You’ve probably done that already but didn’t know it. Our talent, big or small, fills fretless fingerboards with reference points. Talent hates a vacuum.

Why Measure Up Instead of Down

Shifting brings up the concept of jumping and measuring for accuracy, two ideas which are not easy to fathom. Shifting down is particularly counter-intuitive. You’re in third position, first finger on D on the A string. You’re going to shift down a whole step to second finger, C-natural, on the same string. What’s wrong with measuring backwards? It doesn’t inspire the confidence of measuring up, just as walking backwards pales in comparison to walking forward. The first thing we learn as a beginner is to play the notes in first position, counting up, not down.

So the shortest distance between two points, D-natural and C-natural, is not a straight line. Determine the whole step by measuring from the nut, then jump ala hopscotch. Jumping avoids any unwanted slide. Here’s where developing athleticism helps, where spontaneity, good rhythm, and targeting become an essential part of technique.

Jumping around the fingerboard is not a necessary skill for the student before he learns to shift. It may come up earlier when moving from E-flat to E-natural in first position on the D string, slurring from note to note. This is a good time to introduce a ratchet-like movement between the notes. (Use a socket wrench to demonstrate what a ratchet is.) To avoid a slide, have an angular movement, clicking-like, which rhythmically places the fingertip correctly without a smudge. The smooth bow makes two ratcheted movements sound legato.

I marvel that something smooth emerges from something precise and machined. Reading Bronstein’s theories about what causes our mistakes was an eye opener.

April 20, 2020 at 04:30 PM · Thanks again Paul, for your articles. Comparing our resumes shows that you are about 2 leagues above me, but here goes: I found the concept of measuring up from the nut while shifting down to be most puzzling. The specific example; moving from first finger D to second finger C is a shift of a minor third, not a whole step. One key to improving intonation is to master the intervals. The true building blocks of music are not the 12 notes, but the 24 melodic intervals, the spaces between the notes, how they sound, and how they feel in the hand. For positions, I am more aware of the interval distance between the positions than the number of the position. And our system of numbering the positions causes problems. On the A string first finger on C# some would call second position, but what do you call first finger on Db ? A shifting exercise I learned from a cellist: From any finger on any note on any string, slide up a 1/2 step and back, then a whole step up and back, minor third, etc. finally the octave shift. I find that "jumping" between positions to be dangerous, if all my fingers are off of the string then I will miss half the time. In the difficult 1st violin orchestra parts my downfall has always been hitting those very high notes after low notes when the composer gives you zero time to prepare. I haven't seen that Bronstein book yet, it is rather rather expensive at amazon.

April 20, 2020 at 05:38 PM · I believe that Bronstein’s book was out of print for a long time. That may explain the higher price. As far as the intervals in a scale, I find 12 the most manageable. Indian music does include microtones. It’s always interesting to hear how others work out their technique. The violin is different for each person.

April 20, 2020 at 06:08 PM · Thanks Paul. I used the number 24 because the descending and ascending versions of the intervals sound different, imply different chords, and can fool you. Fine-tuning is a different topic for me, bending the notes very slightly is advanced class, partly instinctive.

April 21, 2020 at 09:33 PM · @87, Sorry, I didn’t see your question until just now. Measuring certainly isn’t a word you see associated with the violin, but I use it to mean marking distances. When we first learn left - hand technique, we combine two very strong concepts: hearing the pitch and muscle memory. I realized how distances in first position become ingrained in my mind and embedded in my fingers, more or less. It is similar to a ruler, and I’m grateful that something as fretless as a fingerboard can become delineated in our minds.