Side Effects of Practicing - One Step Forward, Two Steps Back

March 1, 2020, 10:47 AM · What does success look like for violinists? It may be the left hand looking full and round while producing awkward thirds and augmented seconds. Or, in the world of vibrato, you can be proud of one that doesn’t stop when you cross strings. Unfortunately, success comes with an unexpected side effect, the unraveling of something else, totally unrelated. 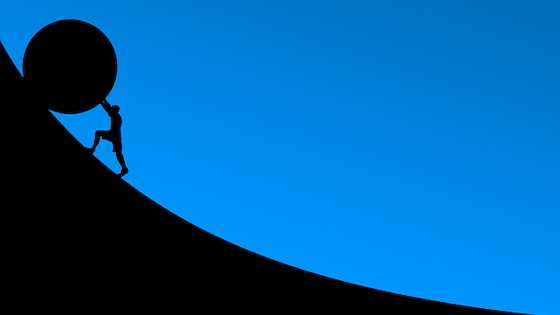 Just when you thought you had fixed one problem, your bow is sagging over the fingerboard or the stick is tilting back towards the bridge. With side effects, the first rule in getting rid of them is to change their status from unexpected to expected. If you know what to look out for, at least you can, like Fritz Kreisler did when he was the sentry in the trenches during World War 1, know which direction the missiles are coming from.

Try this experiment: Take an old, familiar piece and dust it off. Get in back in your fingers, then alter the dynamics, tempo, articulation, etc., but with this caveat: change only one thing at a time. Then observe the fallout. When the status quo of your mind has been even slightly tinkered with, some random error will pop up. A new crescendo may crank up the tempo by twenty metronome marks, or a sudden jolt of bow speed may send the tip onto the bridge. You may think, “That’ll teach you! Leave well enough alone!”, or you can fix the fallout.

A mistake on stage is embarrassing, a mistake at home is a blessing. If a crescendo makes an unwanted accelerando, think of it as an x-ray, exposing the error loud and clear. Violinists have the added onus of playing with two hands doing different things. It’s safe to say that’s a breeding ground for surprises and miscalculations.

This is the moment when a player takes ownership of his efforts. No one else will pay as much attention to his playing. No one will care as much. It’s a wonderful feeling to know the buck stops here. Teachers will broach on a subject in larger language, sometimes philosophical, sometimes poetic, and sometimes in a perspective that is extremely personal to the teacher himself. Such an approach neatly sidesteps the most important musical approach, the one that handles details one at a time. Music, in all its glory, simplicity, and beauty, is best understood by the performer in the language of “what works and what doesn’t.”

Let’s use vibrato as an example of what can go wrong and what can easily be fixed. Two annoying lapses occur: vibrato stops for no good reason, and the hand gets into a weak, rickety balance as it changes strings. Things fall apart when someone isn’t minding the store. Concentrating on something as straight-forward as drawing a straight bow can stop a vibrato and, more often than not, the player would not even be aware of it.

It’s tricky enough to think of two things at the same time, and much more complicated to IMPLEMENT two things at the same time. Use your practice time to make a check list of all that’s involved in, for example, keeping the left hand balanced while it’s vibrating. Then, when you’re performing, remember the sequence of the check list, such as “don’t let the fingers collapse”, “keep the finger centered around the pitch”, etc. There’s an added bonus to pre-emptive thinking: music, interpretation, and inspiration grow out of good technique.

I was a bad bow bumper for more years than I can remember. A little shift was all it took to make my bow skip away from the string. Of course, there are several side effects of shifting, but the bow bouncing is especially annoying. It takes patient thinking to unravel the damage a shift can cause. The secret to this dilemma is figuring out how to make independent hands not fight with each other. If one hand doesn’t know what the other hand is doing, the technique breaks down twice as much.

What makes this “mutual technique” so interesting is how the left hand and right hand do the opposite of what they’re supposed to do. The bow’s job is to stay in the string, but instead it disconnects from the hair and reconnects with all the grace of thudding into a pothole. The left hand’s job is to jump from position to position, rather than crawl or hang on for dear life. In the world of bad physics, it’s no surprise that the hands switch their roles. The bow jumps and the left hand drags up and down, resisting gravity’s forces at all costs.

Now that I know that my bow will bounce during a shift, I pre-empt it by digging in a little right before the shift. And since I can predict that my shift will be lazy and fearful, I do the exact opposite of everything I had done before. I jump.

The Upside of Side Effects

Side effects make a violinist’s world even harder than it is. While no one ever said the violin is easy, it should be said that the violin is not as hard as we make it. Side effects tell us what to look out for. They alert us to the fact that we can analyze a fault and find an organic explanation. Finally, they make an hour of practicing that much more interesting.

March 2, 2020 at 04:22 PM · Agree -bow bumps while shifting. I also used to have that problem. Our brain does not want to do two different things with the two sides of the body. When the left hand releases for a shift the right hand also releases, the bow looses traction. One teacher had me also do what you do, to increase right side leverage while shifting. That sounds dangerous, like it could make noises, but in practice it's not a problem. So much of violin, and other instruments, is counter-intuitive.

March 3, 2020 at 08:20 PM · Another good two-for-one is double stops. It's so easy to crush one string and make it sound dreadfully flat - and to make things worse, the bow almost stops moving, introducing problems of its own. Or is that the cause?

As the old Firesign Theatre album said: "How can you be in two places at once when you're not anywhere at all?"

March 3, 2020 at 10:54 PM · Excellent point, Joel. I think we’re able to press or add leverage without distorting the sound because our ears have a “limit sensitivity” which balances the forces. Without that, none of us could play the violin.

Charlie, three note chords, played without breaking the chord, are deadly. Until you watch Perlman on YouTube playing Tchaikovsky Concerto when he was about 30. In the cadenza he plays the three note chords with absolute no bend in the stick. The hair’s job is to bend. The middle string will take no more of the brunt. Skim to your heart’s content.

March 3, 2020 at 10:54 PM · Excellent point, Joel. I think we’re able to press or add leverage without distorting the sound because our ears have a “limit sensitivity” which balances the forces. Without that, none of us could play the violin.

Charlie, three note chords, played without breaking the chord, are deadly. Until you watch Perlman on YouTube playing Tchaikovsky Concerto when he was about 30. In the cadenza he plays the three note chords with absolute no bend in the stick. The hair’s job is to bend. The middle string will take no more of the brunt. Skim to your heart’s content.