Maximizing Your Practice Time - The Art of Polishing

November 6, 2020, 6:49 PM · Two elements of practicing embody its most positive and negative aspects – the ability to polish a passage and the experience of spinning your wheels. 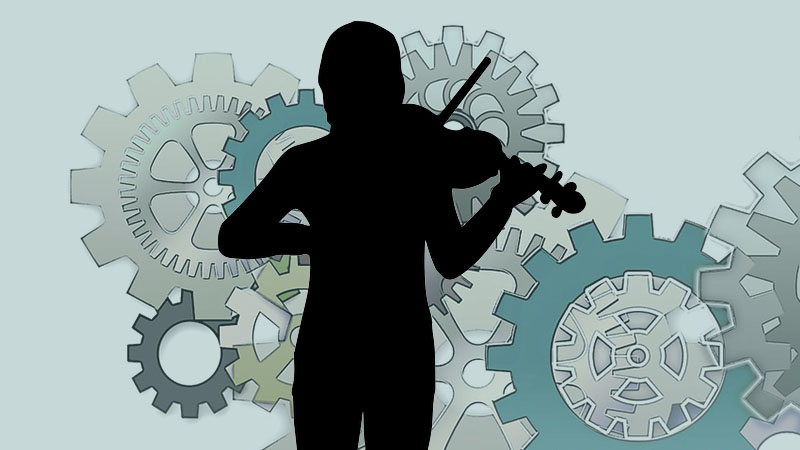 Music lends itself to dealing regularly with both because of the sheer complexity of so many parts of the brain being used. Practicing correctly when I was starting on the violin depended on how my teacher guided me and also on how lucky I was.

I wish it was as easy as the early instruction said:

Clearly, this advice may work for some, but my inexperience and childhood brain found imaginative ways to be non-productive.

My routine from the fourth grade, and on through high school and beyond, consisted of a very unbalanced mix of the two types of practicing. I have to admit, though, that my recipe of 80% spinning my wheels and 20% polishing kept me moving forward. However, my progress was rather clunky, which is what you’d expect from haphazard practicing. I don’t know about other children, but based on my own experience, I’d guess that the average child is hit-and -miss when it comes to correcting mistakes. Dissecting my deficiencies is a difficult skill to master. I appreciate how hard it is to simply raise my polishing percentage from 20 to 21%.

The Cycle of Practicing

Learning and polishing a passage should go hand-in-hand, and one should follow the other as a natural course of practicing. The first part is getting the notes, rhythms, and textures in your fingers and ears. As they say in legal practice, I call this “discovery.”

Thinking through the notes before the bow hits the string usually guarantees good results. This type of careful pre-thinking is not easy to learn, but the benefits are enormous. It’s one of the holy grails that musicians seek. It thwarts the knee-jerk reaction of the bow getting ahead of the mind. If my bow was dithering around in the air, aimlessly disconnected from the rhythm, it was because I hadn’t thought through the measure.

The study of music does wonders for teaching patience and planning. It’s an exciting and fulfilling experience to see how much you can add to your playing and fix mistakes, while maintaining your personal equilibrium.

To keep this cycle going, from discovery to polishing, I needed to fend off the obstacles. There were two things that stood in the way of progress:

Believe in Yourself and Know Your Own Playing

I try to remember the simple adage – fix one thing at a time. This is easier said than done, because my thoughts would be bombarded by other things that needed fixing. To get around that problem, I tried to play as confidently as I could. Not surprisingly, this tactic raised my level of playing so that I could be more focused on single, isolated issues. The confidence, either real or willfully induced, created my strongest playing from which new things could be added. I call it my “default”, and it’s the best I can do in a given moment. This is a wonderful zone to be in because it’s judgement-free. It’s a laboratory for adding dynamics, fixing notes, and experimenting with tempo.

Being comfortable with your own playing means accepting yourself and appreciating your essence. On Netflix’s Atypical, Sam Gardner is asked by his teacher to describe the essence of a penguin. He came up with a very straight-forward answer that works well to describe music as well. He said, “I recently realized that the essence of everything is the thing that stays true about them in any situation.” Such basis understanding leads to an appreciation of changes that will become apparent.

To bolster this strong default playing, it needs to start with the first note I play in any given passage. It’s often difficult to play that first note, and numerous attempts take the place of starting with conviction. To avoid a series of false starts, play it just once. It may be jarring at first. Starting a note when you think you’re not ready, or when you think you did something wrong, can feel very awkward. The solution is to count to yourself and come in, no matter what. If it feels really difficult, think of the first note as a sacrifice, get it over with, and pretend it was fine. Most likely, it was.

Rhythm and the Mind’s Ability to Multi-task

When a young violinist is a beginner, the teacher tries to see what he’s capable of and how much he can process. Sometimes a student will say that he can’t think of too many things at the same time, and this can open up the discussion of not biting off more than he can chew. That leads to learning how to blend in details, and the student learns how to concentrate and juggle new information.

The unifying element that keeps the hands, dynamics, and expressive musicianship in good working order is stable and proportional rhythm. A change in texture, articulation, or bow weight can throw the rhythm for a loop, but can be avoided by remembering what the beat is. There is time to think, hear, and project what will happen next when all each note gets its due. The best reward for not rushing is the opportunity to hear the music in all its details.

November 7, 2020 at 10:23 PM · Play one mistake only once? How? I remember many many occasions when I would have loved to avoid repeating a mistake but couldn't. If the mistake is something like driving drunk it is easy to avoid its repetition (still, it requires resisting temptation...). But a mistake like tensing up one's left hand while playing some passage on the violin is harder. We don't do that on purpose. One could almost say it happens to us. I still don't know how to do that. It seems that if one keeps going and keeps the problem in mind at some point it somehow corrects itself. But I admit that this is an unsatisfactory answer.

November 7, 2020 at 10:52 PM · Sorry for the misunderstanding, Albrecht. I should have clarified that a mistake referred to notes or rhythm. You’re absolutely right about tension not happening to us on purpose, and that it happens to us. About note mistakes, it takes a huge amount of will power to avoid the same mistake. Its roots run very deep. But it’s a great satisfaction to “lie in wait” as the note returns, and you exercise control over it. The first time you fix it is the hardest, but then you know how to concentrate on it.

November 8, 2020 at 10:01 PM · I think you mean by, "Play one mistake only once," is that when you play a series of notes, don't stop and retry the note until you get it right, while playing through the passage.

That is what a fellow guitarist told me when I was new to guitar...if you make a mistake, just play the next notes...the listener of ten will hear the wrong note as just your personal flair on a piece.

That is what I tell my guitar students.

November 12, 2020 at 01:38 PM · Thank you, Ern, for your valuable advice about playing wrong notes. The comment you got from the other guitarist is a good way to put a mistake into a different perspective.