When Rhythm Plays Tricks With Your Brain

January 21, 2020, 8:49 AM · I’ve run across only one person who actually said, "I like to make music as difficult as possible." Even though there may have been some pedagogical value in what he said, the statement was 99% bragging and 1% cryptic. This was the same person who over-analyzed every interval just to sound smart and found fault with everyone’s rhythm except his own.

Just how hard is music supposed to be? Or a better question would be: "Why do we make something that is so simple so difficult?" 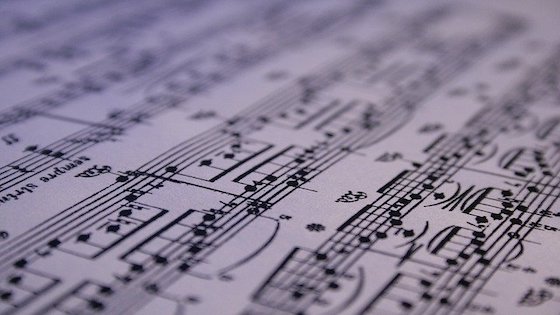 I have played with musicians who make every beat feel like it’s shaped organically by the music, and others who made me feel like the contents of a paint can being violently mixed at Sears. The latter consisted of players who tried to make things hard for others, whether consciously or unconsciously. But rhythm is an act of nature. It can either unfold naturally or it can be manipulated to create confusion and havoc.

How can something so smooth be so square? The language we use to convey rhythm is specific and mathematical. The way we play it demands a certain kind of precision - but it also requires a great deal of flexibility and awareness.

The peace, calm, and proportion that you hear in music can be replicated in your personal rhythmic approach. The rhyme and reason associated with rhythm is indeed an amazing phenomenon. It is built on a system of patience in finishing each beat, and flexibility in adapting to constantly shifting sands.

When it all works, it makes music incredibly easy.

I had a crippling habit in which I would cut off a fraction of a beat -- before it was supposed to finish. Of course, this made music more difficult because I had less time to play all the notes. If the notes were getting higher and the music was getting more exciting, it was understandable that I would misjudge my timing. I even named it "destination disease." The inverse of this affliction, but equally as deadly, was when I thought I had too long to play a beat. I named it "dawdling disease."

Beats breathe, and they ebb and flow depending on texture, dynamics, and phrasing. That may seem like a formidable number of factors to monitor, but it’s easier than it sounds. With the exception of the conductor, who has to formulate his interpretation lest he, god forbid, follows the orchestra, the rest of us merely have to listen to the prevailing phrase and fit in. Surely it’s incumbent on the violinist to sidestep the obstacles thrown his or her way, such as wayward dynamics, conductors looking like they’re not with the orchestra that they’re leading (it happens) and your own personal errors. Music’s essence always comes through the smokescreen.

If I had to name an example of a perfectly designed system involving humans, the symphony orchestra would win, hands down. The mood dictates the flow, so even rubato -- when there is fluctuation in the tempo -- is clearly defined. Different rhythmic values fit together as long as they don’t fight each other. The way sostenuto quarter notes wrap around staccato eighths demonstrates the compatibility of vastly different objects. Sometimes major adjustments have to be devised, like interpreting the dotted 8th and 16th note. It only works if you think of the 16th as belonging to the following beat.

During those years when I wasted time making music as hard as possible, I could not see the simplicity of fitting together parts that are mathematically designed. However, thoughts of music resting on a foundation of elegant ease and proportion were floating somewhere in my mind; they were doing a good job of hiding, though. It took many years for me to start listening to the healthier voice.

I love this idea: when beats are laid out with the same deference to each other as we experience in conversation, there is always enough time to fit any number of notes. Years of frustration built up while I made numerous shortcuts through beats, only to find out that the "squareness" of rhythm produces music of the smoothest and most perfect nature. There is time, there is room for every rhythm and beat.

The technique of breathable beats and organic proportion helps violinists blend into most ensembles. The major ingredients that make it all work are kindness and humility, from conductor to musicians and between the musicians themselves. Navigating such a simple set of concepts is anything but simple. Fortunately, it’s always lurking in the back of our minds.

January 22, 2020 at 04:01 PM · As a Traditional Folk and Jazz Fiddler, I tend to play fairly consistently, which isn't to say there's no ebb and flow of the rhythm, it's called 'feel' in Jazz circles, if it feels right, it is! But I once heard a Jazz combo who ebbed and flowed to such an extent that I began to feel seasick and longed for a consistent beat! On the other hand, I went to a live gig of Tcha Limberger's Budapest Gypsy Orchestra which ebb and flow like the sea, but I absolutely loved it because it fitted with the music and didn't feel like it was forced. The point I'm making is that if it works with the music it sounds natural, but if not, it's irritating!

January 22, 2020 at 10:26 PM · @111, As I read your comment about rhythmic varieties of consistent beats, I’m reminded of some of the extreme interpretations of Vivaldi’s Seasons, especially Autumn where drunkenness and rubato go hand-in-hand. I’m grateful that, with good, flexible technique, an accomplished sideman can follow and keep up with the most dazzling virtuoso. Thanks for the reference to Limburger. I plan on listening to the group.

January 23, 2020 at 07:06 PM · I too have always hated excessive rubato, especially when it bears no relationship to the musical flow. To me it feels like being a passenger in a car that is swerving erratically without regard to the natural curves of the road, or the hills and dales it passes through. It's a singularly unpleasant experience.

That's not to say I'm totally against variations in tempo. A musical passage might be like a car rolling up a hill - it slows down as it nears the top, then picks up speed on the way back down the other side. But it has to come naturally, not as some arbitrary variation unrelated to the landscape.

Long ago, I had a musical epiphany. It was a warm summer evening, and I was walking back to my car, which was parked on a side street. My path took me past a local firehall which had a brass band, which was taking advantage of the weather by practising outside. As I stopped to listen, I suddenly got an image of the music as a separate entity hovering above them all. The musicians weren't just playing with each other; they were reaching for a spiritual unity that existed outside themselves.

We are all here to serve the music. What could be more natural than finding the flow and going with it? At this point, things truly become natural and easy. As for deliberately making things difficult... that could be seen as an act of vandalism.

Rushing during fast runs ?-- aim for the next down-beat.

Rubato, irregular tempo, is essential to some music cultures, like that "gypsy" orchestra, improvised sections of Indian and Arabic musics, Recitative sections of early opera, Puccini, Rachmanninov, and a piece I am working on now; Enesco's "the Old Fiddler".

The natural rhythm of speech, and much singing, is not mathematically exact, impossible to neatly notate.

I am also annoyed by gratuitous rhythmic complexity, along with gratuitous, continuous dissonance. I think that there is a real limit to how much rhythmic complexity the human brain can handle. Examples: syncopation, non-symmetrical time signatures, horizontal poly-meter, vertical poly-meter. A composer friend of mine does all four of those at the same time-it's impossible to play. Classic jazz uses syncopation, but stays in regular time signatures. When I played in the Don Ellis band he combined jazz style syncopation with Balkan odd time signatures, but did not add poly-meter. It was still hard to pull off. 100 years old, Stravinsky's Rite of Spring is right at the limit, but his melodic motives are short, and he doesn't write vertical poly-meter. Tchaikovsky doesn't get enough credit for rhythmic sophistication. his 5/4 Waltz from S.#5 is actually a 10-beat meter, subdivided 3-2-2-3. The first movement of his S. #4 is notated in straight 9/8, but the main melody is a syncopated, off-set (almost African!) 2-2-2-3.

January 23, 2020 at 07:22 PM · Truly great epiphany, George! Thanks for sharing. The idea of a spiritual unity, something greater than each of us, existing outside of ourselves, does much to point out the danger of our egos getting in the way.

January 23, 2020 at 10:14 PM · Joel. Thank you for the analysis of several works that many of us are familiar with. When Stravinsky and Tchaikovsky extend our traditional limits, their genius is able to pull it off. We performers are given a well composed piece that is actually playable and accessible. I can’t say the same for the less talented composers.