August 10, 2019, 12:36 AM · The familiar red book of Marjorie Keller introduced the violin to me in the fourth grade. She ran the amazing public school program in Dallas, Texas, and created a system that shepherded us through high school. She provided many jobs for section coaches and formed one of the finest All-City orchestras, the Dal-Hi Symphony, which provided early experiences for cellist Lynn Harrell and Principal Horn of the Los Angeles Philharmonic, John Cerminaro. The main ingredient for success was having a room for all those musicians to be in, kind and competent conductors, and finally, the red book that started all of us reading music and following bowings. 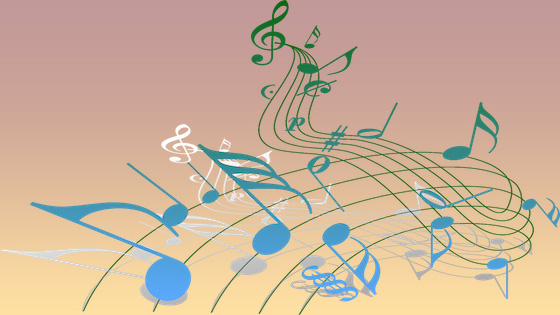 I’m struck by the rote training that dominates music education, like it does for spelling, math, history, and science. Much maligned, rote has come to denote the least interesting way something can be presented and explained. I see it in a more positive light. Mrs. Keller put whole notes on a page, and with that one simple gesture, I gradually and steadily learned to read both music and rhythm. Some students developed mental blocks if they started reading names of notes and designated fingerings associated with a particular string. The human mind may shut very quickly if an artificial method is used to “simplify” the real notation.

Reading music has special significance because for most of us because it’s the entry material for everything else. Of course, there are many creative ways to teach it. For example, the hand signals used in the Kodaly Method help the ear simultaneously coordinate with the movements of notes going higher or lower. My personal preference is to keep the teaching as straight forward as possible. Other theories and “more interesting and colorful” explanations might have been fun, but I needed to make sure they didn’t become inconvenient and unnecessary distractions.

We Have Enough to Think About Without Adding Baggage

I was in a string quartet for a short time one summer that was coached by a musician wit, shall we say, a vivid imagination. Curiously enough, there was very little discussion of the nuts and bolts of the interweaving harmonies and melodies, nor assistance with the cleverly interlocking rhythms playing their diabolical tricks on our inexperienced minds. That’s too complex and far too serious. Instead, our time was spent listening to his ideas about removing shoulder pads, letting wood touch bare shoulder, and removing shoes and socks as well. I didn’t benefit from it, but noticed how the teacher stood out from all the rest with his cool, boutique ideas. If a student did juggle all these new concepts the teacher proposed, they didn’t address or fix the real issues that the students needed to face. Instead, it added an assortment of baggage that was imposed on the student, without even an invitation.

Imagination is nice, but in music, it can kill serious thought. Our minds need to remain uncluttered in order to attend the job at hand. Two sayings come to mind which illustrate the matter-of-fact nature of music and its common-sense physics.

“Music isn’t that hard. You just have to play the right notes at the right time”, attributed to Johann Sebastian Bach (his authorship is highly doubtful) AND “ Lenny, what do you want, louder, softer, faster. or slower?”, attributed to Harold Gomberg, Principal Oboe of the New York Philharmonic, responding to Leonard Bernstein’s too long and grandiose explanation of what he wanted the music to sound like.

When Bach, or whoever, may have admonished some orchestral musician with the above quote, he summed up the musician’s eternal dilemma. We have to develop our ears to define what it is we’re trying to match. This is not as easy as it sounds. The tendency for some of the most advanced players is to overplay, making it hard for the prevailing sound and interpretation to remain the prevailing one. Sound waves, articulations, and character are remarkably defined at any given moment, so even a mere accidental accent upsets the apple cart. A willful show of bravado has everyone wondering when the bull was let loose in the china shop.

So “the right notes at the right time” should include the lilt of the rhythm, balance within the other voices, the exact level of relaxation and tension, etc. If we were aware of what we sounded like all the time, and observed how the music and musicians around us sounded, it would not be hard to adapt and blend in. However, what sounds easy is anything but. Our egos are inextricably connected to our playing, and we’re often unwilling or unable to let go of our super-rich sounds and hard-won attitudes and philosophies.

A friend and very fine musician asked me how orchestral musicians know what sound to deliver to the conductor. I thought it was an excellent question, and I talked about the relationship between the Cleveland Orchestra and the late Pierre Boulez. He used a minimum of motion and gave none of the usual signals and clues more “emotional” conductors show. However, his method and the orchestra’s unique ability to elegantly simplify the phrasing and rhythm perfectly defines this system of listening and matching exactly.

The particular ability that this orchestra has makes it one of the most exclusive and sought-after jobs. It’s never easy to just play the right notes at the right time, and all the while sounding like you’re creating it completely within yourself, by yourself, and for yourself.

When we look for the elegance and logic of a phrase, we invariably simplify. We throw things out that aren’t necessary. We assess what we hear around us and recreate it as faithfully as possible. We take a moment and organize the rhythmic relationships responsibly. We play the right notes at the right time, and it invariably comes with the right emotion. When we check the histrionics at the door, music reveals itself to us as a glorious system, predictable and challenging at the same time.

August 12, 2019 at 07:46 PM · Your final paragraph is poetic and also simplistically profound. I'm currently preparing an all Bach concert, and playing the right notes at the right time (as you know) is no easy task. That said, when it happens (as you say), all the emotion is perfectly built in by the composer. No histrionics needed! Thanks for another wonderful post!

August 16, 2019 at 05:19 AM · Ah, the shoulder rest vs pad vs nothing dilemma that well-meaning experts arrogantly project onto students who may have already spent years finding the best set-up for their particular body...