For the Love of Kreutzer 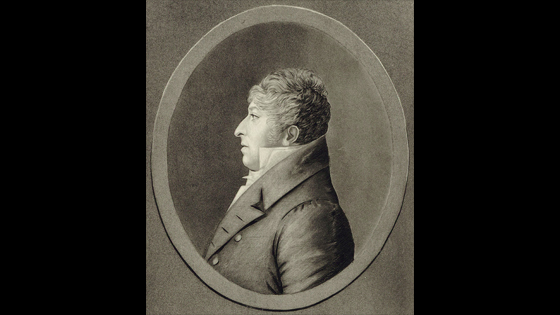 I've felt bad for Rodolphe Kreutzer ever since I found out a few years back that he composed forty (40) operas, nineteen (19) violin concertos, and quite a bit of chamber music. Outside of being the second dedicatee of Beethoven's 9th Violin Sonata, Kreutzer is primarily remembered today for having written 42 etudes that deliberately put violin and viola students through the ringer. Violinists become fonder of the etudes as they age, but on the first pass through the book, there often is a lot of complaining. I imagine Kreutzer likely wrote his studies as quickly as he could---- so that he could get back to his serious work: operas and concertos!

The etudes have withstood the test of time and are recognized as the gold standard for developing the primary techniques used in the Classical era. Covering thirds, octaves, trills (in great depth!) etc. in some of the more awkward areas of the instrument, once you have been put through the paces of the Kreutzer book and run across a couple trills or a few thirds in a sonata or concerto--- it's now easy to execute.

However many of them are also quite musical! So I decided to take some excerpts and fragments from his etude book and write a new piece around them, with the idea being that the piece would be a bit of a 'trip down memory lane' for upper string players and (hopefully) an enjoyable duo even for those who aren't well acquainted with the original Kreutzer book.

Although Tanya and I usually perform as a viola duo (and I also have made a viola version of this), I thought it only appropriate that in honor of Kreutzer we record it on violins. I hope you like my (and Kreutzer's) tune:

October 20, 2019 at 01:47 PM · An interesting composition and would bet that you had a lot of fun writing and recording it. I am a Kreutzr fan although there are a few etudes of which not very fond of but overall think his studies are the best in a practical sense, imo.

October 20, 2019 at 02:56 PM · Kreutzer etudes are fine. I don't see them as being so much better than Dont, Mazas, or Rode studies though. Still this performance was lovely, I enjoyed it.

October 20, 2019 at 05:31 PM · Thank you all for listening! Jeff: yes, it was fun to put together. And not just with Kreutzer, I think all etude books have studies of more and of lesser musical interest, since the primary goal is technical. Paul, by "gold standard", I didn't mean to imply that those you mentioned were lesser than. I see Rode also as a gold standard, for example, just for what you work on once you've done Kreutzer.

October 20, 2019 at 08:19 PM · I'm not acquainted with Kreutzer's works but I just not only liked the listening but also to know that one of my favourite composers dedicated him the sonata. And if I may, speaking of Beethoven, I'd like to bring to attention the wonderful violin concerto in D major op. 61 as must be known to you all. Thanks a lot

October 21, 2019 at 05:58 PM · Beautiful (and fun to try to identify the etudes riffed). I'll listen again with my book in front of me. Maybe you could market the sheet music to aspiring violinists as the concentrated Kreutzer? :)

October 23, 2019 at 11:18 AM · Thank you all for listening and for your comments! This is a link to the sheet music for the violin-violin version (the one we're playing in the video): https://bit.ly/31JTGkh

I thought I heard traces of Ševcík sometimes, rather than Kreutzer? I did think of jazzing up his shift exercise ...

Writing something for orchestra with all the violins playing Kreutzer No 1 was a pipedream of mine - I've been thoroughly trounced to it!