Music for the Dead Violist 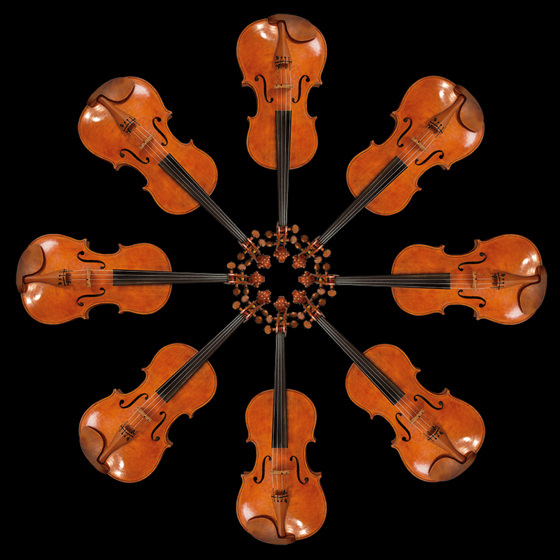 While I've written all sorts of violacentric music for different occasions, and while there are memorial pieces that feature the viola (Hindemith's Trauermusik, Partos' Yizkor, and many other examples), it occurred to me that there wasn't a funeral/memorial piece dedicated specifically to the dead *violist*. Hey, we're all going to get there some day. (And no, you don't move him back a stand, tsk.)

So I wrote The South Hadley Mass; A Short Requiem for the Dead Violist. For four violas (what violist doesn't know four other violists?!), it contains four of the most universal elements of the traditional mass: Introit (Requiem Aeternum), Dies Irae, Libera Me, and Lux Aeterna. At only twelve-plus minutes, this is perhaps the quickest overview of this form yet written, and if that's still too long, the Libera Me (third section) can be excerpted from the mass and performed alone. (I plan on making a version of the Libera Me for viola and piano/organ.) Why the name, South Hadley Mass? I knew it had to be when six years ago, we moved to... South Hadley, Mass.

I hope you enjoy the music, which I hope you may never need, but if you do, see details under the video.

August 1, 2018 at 09:36 PM · This is really beautiful, Scott, I love the way you have quoted from so much well, music for the dead, with the dies irae and I think a lot of clever stuff in there that I recognize but can't quite identify!

August 1, 2018 at 11:22 PM · Thanks, Laurie! The only thing I actually quoted was Dies Irae ('The Wrath of Cremonus'), but parts are in a sort of Shostakovich-like style and other parts are probably reminiscent of other composers, too. I had to include a lot of styles the deceased violist played in!

August 3, 2018 at 10:59 PM · Thanks everyone! The picture is from an album of some of my other music for viola ensemble called "Hail, Cremonus!" performed by the Penn State Viola Ensemble. The sheet music for the Mass should be available in the next few days.