November 13, 2018, 12:56 PM · How many teachers actively introduce the concept of breathing in their lessons with violin students? I realise that over the years it has almost become my mantra. It features so strongly in the learning/teaching process but is often overlooked. I mention the violin, but it is relevant to any instrument where breathing is not an inherent requirement of playing.

One of the most important things when teaching the violin (or any other instrument for that matter) is to reduce tension; to help the student play freely without physical or mental rigidity, thus improving the way they play and interpret and helping to avoid physical problems and pain sometime in the future. Breathing is a fundamental part of this process. Learning the violin is as physical as any sport. It requires the correct technique and posture and it is important, as with any sport, to remember to breathe correctly in order to release tension in the body. 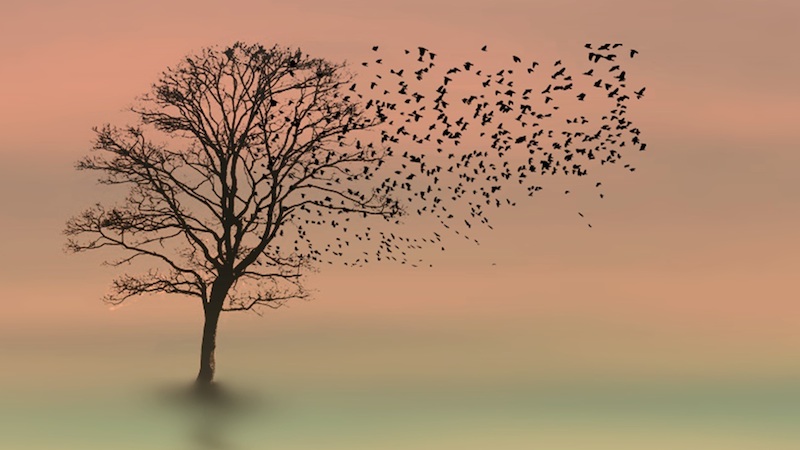 As well as the violin I also play Celtic Harp and I was asked a number of years ago to take a master class in Celtic Harp at the Festival of Dinan in Brittany. When asked what the subject of the master class would be I said “breathing” and was greeted with polite surprise. A couple of the other teachers at the festival came along to listen in to my class, probably as they were curious to understand how I could possibly structure a class around something so obvious as breathing.

Afterwards, they said how interesting they found it, which was a relief! I founded and ran my own violin orchestra in Italy for over 20 years and my pupils all became part of the orchestra almost from the word go. If they could cope with pizzicato open strings, they were in. They learned from the very start to breathe together and feel the music and it made such a huge difference to the collective feel and sound of the orchestra as well as to each child’s personal development.

If you were studying singing or a woodwind or brass instrument, you would need to breathe in order to produce any sound at all. Yet when a child learns to play the violin, they often forget to breathe. Obviously, they are still breathing in the very basic sense of the word. I have yet to see a child pass out on the floor, blue of face, after attempting to play a piece of music. Incorporating breathing into the very act of making music however, is a different matter.

I feel it is very important to instill into a child from the very first lesson that they must breathe with the music in order to make their instrument and the pieces they play come to life. The instrument should be seen as an extension of their own voice. The simple act of remembering to breathe can transform the simplest of pieces almost from lesson one.

Counting in to the piece for example, 1 2 3 4 is not enough. It must be 1 2 3 breathe. Inhaling on the final up beat and exhaling on the first note of the piece will automatically transform how the piece is played. Encouraging the habit is also beneficial in teaching a child how to follow and then in future give the lead to one or more other players in a way that they play as one, breathing and feeling the music together. A group that inhales and exhales together will have instant musical cohesion and in my opinion it cannot be taught too early.

Whether it is at the start of a piece, when performing a retake or between phrases, if breathing is incorporated into the learning process from the word go it becomes part of the subconscious and the child will make music automatically rather than just playing notes on a page. It also helps them to mentally deconstruct the piece and realise that music is, very much like any other language, made up of phrases.

This in turn helps them when practising at home as the piece makes more sense to them. They realise more readily that they can practise a smaller section, a phrase, rather than just going back to the top again and making the same mistake over and over again at the same point.

I feel that as teachers we should not forget to incorporate this often overlooked aspect of the language of music. We should pass it on to our students and help them understand that music is not alive unless it is breathing.

November 14, 2018 at 09:50 AM · Excellent advice. The conductor of my orchestra frequently made a point of suggesting the string players breathe in with his upbeat, so as to avoid anticipating the wind. Sometimes I remember to do it!

November 19, 2018 at 04:41 AM · Breathing is semi-automatic. Otherwise we would all die while sleeping. For the violinist, it usually best to not think about it. If you notice that a student is holding their breath, you might be able to break the habit with a slow easy piece; breathe in on an up-bow, breathe out on a down-bow.