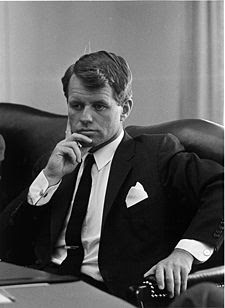 
A different kind of aha!

I knew that "E," one of my adult beginners, had musical talent almost from the very start. He wanted to learn classical music, and he talked about classical music with me when he was just learning to play open strings and scales. He knew the classical literature well and with the sensitivity of a musician. He talked about subtleties of different pieces and different recordings of the same piece. Soon we were trading copies of our CDs, telling each other about performances on Youtube, and discussing what we liked and why.

Then came the long, slow period of learning right hand posture, left hand posture, bow placement, bow movement and pressure, torquing the left arm to put the fingers over the strings, intonation (very important), reading music, etc. After that comes what's really hard: remembering to do all these things at the sametime. We used Essential Elements and Suzuki Book 1, both of which have some pretty, sometimes recognizable, melodies to make learning more fun while establishing good techniques to build on. When "E" could play simple melodies, he wanted to play much more. He would bring me sheet music with violin solo arrangements of classical music he loved. Most of them were way too advanced for a beginner. There were some that I could rearrange and simplify without unduly compromising the beauty of the original music. He really enjoyed learning these, and he improved both his technical and his musical skills by doing so.

One day he told me that he wanted to learn to play the Bach-Gounod Ave Maria and Panis Angelicus. I love the Bach-Gounod Ave Maria. It is not a difficult piece to play, especially if you put it in G major and keep it all in the first position. I gave him a copy of that, and he found a copy of Panis Angelicus appropriate for his skill level. He is a devout Catholic and a true believer, and I'm neither. He told me the words of the Panis Angelicus in English and explained to me the emotional impact of the piece. He said that the part near the end where where you admit that you have sinned and beg forgiveness makes you feel quite vulnerable. Then he played the piece for me. Aha! I had one of the most rare, endearing experiences for a music teacher. I just had to let go, stop being a teacher, and simply listen to some beautiful music. I wrote in my notebook where I take notes during lessons, "He chose something personally meaningful, and his violin sang."

It happened again the other day -- an "aha" moment -- Something that makes being a violin teacher so rewarding and so much fun. I can never predict if or when it will happen, and that just makes it more fun.

Beginning violin students need to learn so many seemingly little things and keep them actively in mind all the time they play. For a long time, I have to remind them of something, sometimes even reteach it, while they're playing. Then, unexpectedly, everything comes together, and they can really play. Gone are the obvious struggles, note by note, to get everything right. Out comes real music. This is not to say that they've achieved perfection technically, but their learning happens in the context of making music.

Recently it happened again, and the timing was unusual. This student is an adult player, and she has only been studying for two months. Usually the breakthrough occurs much later.

Usually I notice this happening but my student doesn't. I have to tell the student, over and over, that he's made a great leap forward in just one week. This time was different. My student came in and said, "I feel like I finally got it all together this week." She played, and I agreed with her enthusiastically. I was really excited, and so was she.