From The New World 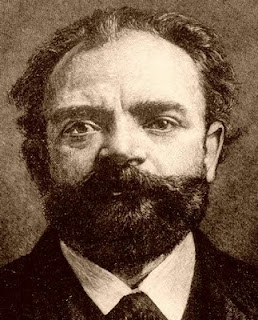 Antonin Dvorak, the famous 19th century Czech composer, was born near Prague and studied music at an early age in a village school. He later studied violin, viola, piano and organ in Prague eventually playing viola professionally in the Provisional Theatre Orchestra. He soon became one of the most successful composers of his time. In 1892, at the age of 50, the already celebrated composer left his native Czechoslovakia and traveled across the Atlantic to New York City. He had been asked by Jeannette Thurber, the director of the city’s National Conservatory of Music, to come and direct the school and, perhaps more importantly, to help Americans find a pathway to their own classical music.

Dvorak wrote to his friends in Prague about his new post: “The Americans expect great things of me and the main thing is, so they say, to show them to the promised land and kingdom of a new and independent art, in short, to create a national music. If the small Czech nation can have such musicians, they say, why could not they, too, when their country and people are so immense? It is certainly both a great and a splendid task for me and I hope that with God’s help I shall accomplish it. There is more than enough material here – another spirit, other thoughts, another coloring – something Indian – and plenty of talent.”

Knowing nothing like it in his native Bohemia, Dvorak was fascinated by Native American culture. He had read Longfellow’s Hiawatha (in Czech) and was inspired by the “Song of the Hiawatha.” Also, people of African descent were rare in his country and the sounds of the African American melodies and plantation songs (spirituals) caught his attention and were deeply inspiring to him. Harry Burleigh, a pupil of Dvorak’s in New York, an African American, was instrumental in introducing Dvorak to this music.

In 1893, Dvorak told the New York Herald that songs like “Deep River,” “Swing Low, Sweet Chariot” and “Goin’ Home” were the necessary foundation for “the future of music of this country.” On another occasion he said: “I am now satisfied that the future music of this country must be founded upon what are called the negro melodies. This must be the real foundation of any serious and original school of composition to be developed in the United States.”

Knowing of Dvorak’s interest in Hiawatha and his well-known ambition to be a successful opera composer, Ms. Thurber supposedly presented Dvorak with a proposal to compose an opera on this theme. However, evidence suggests that Dvorak decided instead to use the Native American and African American material in his Ninth Symphony, a great expansive work conceived through the prism of a master Czech composer about a new country and its people. 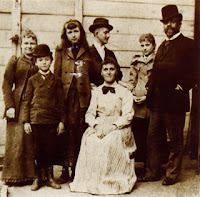 While in America, Dvorak spent some time in the Czech-speaking community of Spillville, Iowa, where he composed chamber pieces including the “American” String Quartet. He also traveled to Omaha, Chicago and Minneapolis-St. Paul before returning to New York, the period that produced his famous Cello Concerto. Dvorak was admittedly homesick after spending just three years in America and, in 1895, he returned to his homeland. However, the music he composed in his relatively short time in America remains among his most popular, and some say his best, work. Presented here are two arrangements of excerpts from the 2nd and 4th movements of Dvorak’s Ninth Symphony which he himself titled “From the New World.”