Stepp Down Hoedown (the Hoedown used in Copland's 'Rodeo') 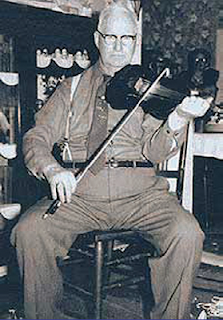 In 1937, an American folklorist and musicologist named Alan Lomax recorded the music of old-time fiddler William Hamilton Stepp on acetate, an early medium for capturing music for posterity. Little did Lomax know at the time, but he was recording a tune that would become one of America’s most recognized classical music themes.

Lomax was Assistant in Charge of the Archive of Folk Song of the Library of Congress from 1937 to 1942. In his first year of field recording, he documented Stepp playing solo fiddle in Kentucky. The tune recorded and logged for the Library was “Bonaparte’s Retreat Across the Rocky Mountains” or as Stepp called it and then Lomax wrote down phonetically - “Bonyparte.” Lomax hired the mother of famous folk musicians Pete and Mike Seeger, Ruth Crawford Seeger, to be music editor and transcriber for a publication entitled Our Singing Country, and it included “Bonaparte.” 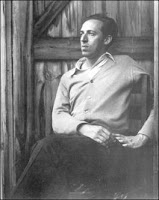 In 1941, just after the publication was released, a request from legendary classical composer Aaron Copland was made to the Library of Congress to look at some traditional American folk music. Lomax steered him to “Bonyparte” and Copland transcribed the printed version of Stepp’s performance nearly note-for-note into his score as the “Hoedown” in his soon-to-be American hit, Rodeo.

William Stepp, like many fiddlers of his day, personified the mysterious creativity in American fiddling. He knew his craft and perhaps only his peers (other fiddlers) would know how to fully appreciate his way of handling folk music material. What Stepp had labeled ‘Bonyparte’ on that important recording was perhaps not the tune the archivists had thought, nor was it the traditional tune commonly known as “Bonaparte’s Retreat,” but original music created by Stepp from some of the elements of these tunes and personalized by his own playing and creativity. Stepp’s contraction of each phrase of the “Bonaparte’s Retreat” (something rarely done in fiddling traditions) and his melodic and rhythmic development of these newly created phrases resulted in producing an original idea that was documented in 1937.

Copland did not credit Stepp for this music on his score. He no doubt thought he was using purely a traditional tune from the public domain and, in fact, it wasn’t stated otherwise on the original transcription, nor from Stepp’s own words. Within folk traditions, confusions owing to the naming of tunes usually sort themselves out through the generations, but here we have a documented cultural misinterpretation of Stepp’s view of himself. Many fiddlers will call their re-workings (variations) of a tune by the old familiar name for one of several reasons – perhaps bragging rights to fellow fiddlers about how much of a departure he can invent. Another reason could be simply that a well-known name of a tune would often be called for at a dance or show and keeping the original name would give a fiddler an “excuse” to play his own creation. In the case of Stepp “Bonyparte,” unintentional oversights could have been mere blips on the screen if it weren¹t for the fact that Stepp’s variation (or tune) not only became a classical music piece by America’s foremost classical composer, but also became arguably one of the most recognized themes in American classical music history.

While we can’t know for sure that it was Stepp’s creation by himself, or if the tune came out of the environment of folk fiddlers around him, what was perhaps missed ironically was a fantastic example of significant complexity in the fiddling tradition in the case of this tune! Although the two men never met, this most unusual collaboration of Copland and Stepp produced a masterpiece of American music. With Copland arranging and orchestrating the actual composition of his folkmusic counterpart and contemporary, a result came about that no one could have planned or predicted.

Because of the geographic and cultural separation of Stepp’s Kentucky and Copland’s New York City in the 1940s and the fact that Stepp and many older fiddlers did not care to copyright their work, Stepp never knew what had happened to his tune. William Hamilton Stepp died in 1947, five years after the first production of Copland’s Rodeo, never having heard the glorious sound of his music being played by a full symphony orchestra.

As evidenced by the 1937 recording and transcription, Stepp used a less common fiddle cross-tuning DADD to create and play this tune. Transcribing the tune a further time, bringing it note-for-note into the standard tuning for the orchestral violins as Copland did, alters the authenticity of what a folk fiddler would have played without some further adaptation. The variation (and adaptation) in this book honors the Stepp/Copeland version and is better suited to the authentic style of playing - having the left hand remaining in first position as it did on Stepp’s cross-tuned fiddle, but with the string crossing and fingering more natural to the fiddling style.

Nice piece of history, yes.  My memory suggests that the Lomax recording was an aluminum disk, done on the machine he had installed in his car.  I'm a little confused about the discussion of the tune itself.  The tune is pretty clearly the standard Bonaparte tune; what we hear in the Stepp recording is his setting of the tune.  Compare, for example, the related setting by Luther Strong, I think from the same set of recordings.  I use the term "setting" to mean a particular individual way of playing a tune.  While the tune remains constant across many players, settings can vary widely, part of what makes traditional playing interesting.  Not being familiar with traditional variation, Copland likely did not understand what he was hearing (and how remarkable it was).  The other tune I recall from Copland is "Miss McCloud's Reel," in a pretty standard setting.  Whether Stepp would appreciate his tune in an orchestral version is probably questionable, given that Copland is forced to clean up much of what makes Stepp's solo version interesting.

Is the recording available anywhere on the net?

I thought there was some really crazy thing about all these old tunes getting recorded and then copyrighted by someone even though they were clearly not the copyrighter's property? David Sanderson can probably clear me up on this...

Same tune, take your pick.  The Stepp and Strong LOC recordings share the same archaic Kentucky tradition, and both sets of recordings are well worth listening to.  Note that this is largely a pre-accompaniment solo tradition, so that the fiddler is not forced into conventional patterns by something like guitar backup.  All rely on the use of nonstandard tunings, drones, and bow rocking to create the rhythmic structure of the piece.  I would say that the technical complexities derive as much from the bowing as anything else, in fact.

I'm interested in reactions from people who haven't heard this material before.

As to copyrights, I don't claim to be an authority but have seen copyrighted versions and arrangements of tunes that are unquestionably traditional.  BMI and other rights holders are notoriously liberal in their claims.  Here's a bit of a mandolin forum discussion I found:

"So I did a BMI Repetoire Search on just one simple example. I found over 50 listings for 'Soldier's Joy' a tune that dates back to the Revolutionary War, at least. As far as I could tell, none of them were just arrangements for 'choir or marching band.' They were popular recordings. There are only so many ways you can play that tune. What are the chances that the way I play it doesn't sound just like one of those 50? What are the chances that a BMI goon would know the difference or care?"


If you search "Bonaparte's Retreat" BMI shows 22 listings, each presumably copyrighted, each a particular recording as far as I can see.  So you owe for playing Mark O'Connor's setting, but presumably not for playing your own.  The whole business is a little silly.

David, thanks for finding the youtube links to the early recordings. A few things stand out about them.  Compared to Copland's work as played by orchestras, the old solo fiddle has a much more interesting and effective rhythm. Furthermore, the fiddle recordings are distinctly non equal temperament. In fact they are even more interesting, using expressive intonation that is modally coherent. To me it is similar to Arabic maqam, but maybe that is just me.

I don't mean to disparage orchestral work, nor orchestral work that is inspired by folk. In my own life, being a big city highbrow kid, I was introduced to folk through the classical realm of Dvorak, Copland etc as much as from rock music (leading to blues) and public radio.  For me, discovering the folk traditions has been tremendously enriching and I think that until you dig into it, you really cannot fully appreciate why Copland, Dvorak and others were so entranced.