To Practice or not to Practice While Vacationing: That is the Question 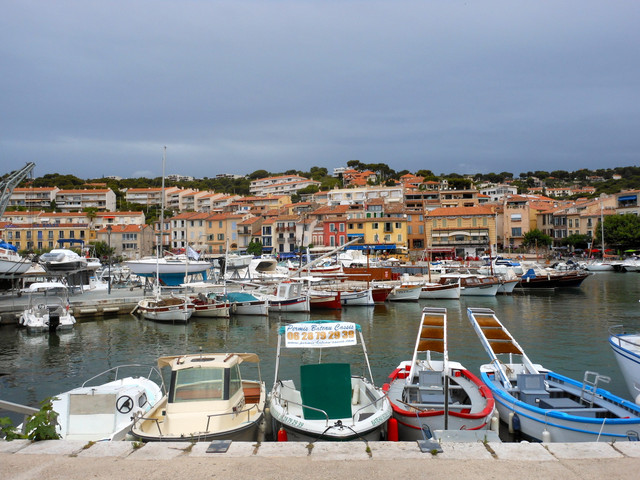 It's always difficult to decide whether or not to bring the violin to a week of stress-free vacation that comes around only once or twice a year. Usually, when I travel to Florida or Nashville, I opt out and leave the precious goods behind, but when I was given the opportunity of a lifetime to spend a month of the summer in the south of France- (the first time in my life it was a major vacation that did not involve musical reckonings) I was torn. Lately, with all the trouble musicians have been enduring with airports and their bows, I was especially nervous (on my way back to the States I had to catch three separate planes, and once again go through security). It was going to be the only time as of yet where I would feel like work was not my first priority.

My trip was spent on the breath-taking and incredible landscapes of Cassis, where we went kayaking and snorkeling in the lagoons. We spent a week in Paris, and then later a weekend in Barcelona, but aside from the time spent in Paris and Barcelona, I was able to miraculously set aside time to practice nearly every day. 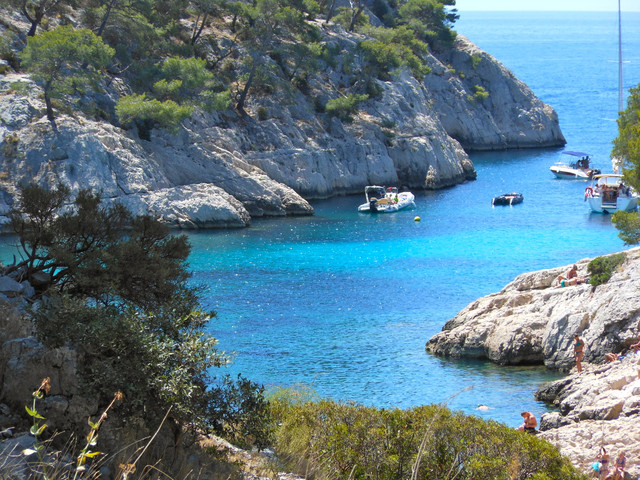 I think every musician deserves at least one week of the year off, where they're not intensely performing in the orchestra pits, or practicing for countless hours a day. So, I let myself enjoy the beautiful sights that are Paris and Barcelona, but I was also able to nourish a different side of the music that sometimes busy musicians don't have time for: I was able to sit back and watch others perform. One day, after buying our lunch from a bakery and heading to a park, we ditched the park when we saw a violinist playing on the steps of the Musée d'Orsay. We listened to him for about an hour, playing gypsy music- so different from the classical training that I am accustomed to. It pleasantly surprised me how many people sat on the steps and watched the violinist, and most sat for a long period of time. Another day, we we lucky enough to snag seats to a fabulous concert in one of my favorite venues in the world: Paul Rogers playing the Vivaldi's Four Seasons at the Sainte-Chapelle church in Paris. He lived up to the virtuosity of the piece and we sat mesmerized, listening to the vibrant sounds of the strings in the glowing world-famous stained glass chapel. I left enchanted. 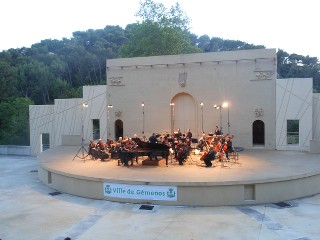 While in Cassis, we journeyed to a nearby town and watched a pianist play Beethoven accompanied by orchestra in the hills. Every concert was magic. 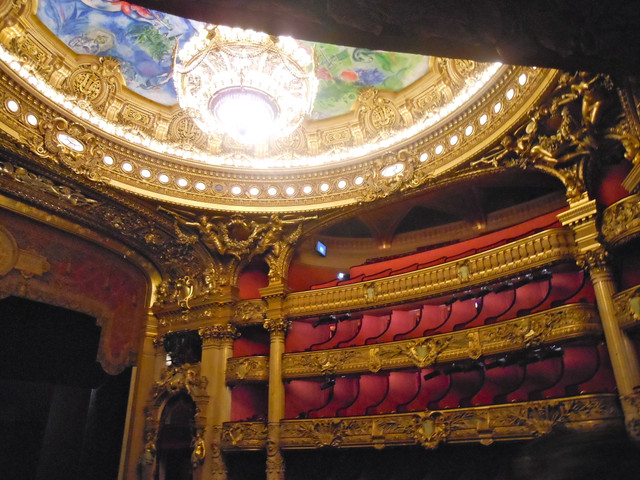 I fulfilled my dream of visiting L’Opéra national de Paris, or the opera house of Paris, and merely taking a tour left me astounded by the beauty of it. To get the chance to play music in what seemed to me, a sacred place for music, was every musician's dream.

Sometimes, the classical scene in the U.S. is a bit worrisome, with the orchestra lockouts becoming more and more common. What was refreshing to me, as a young musician, was to see the fervor that people felt about music in Europe.

To attend a concert in the Musée d'Orsay, people lined up outside as early as two hours before the show, and when we finally did make it inside, we could barely see over the sea of people in front of us.

I was fueled by the atmosphere, the charm of the music scene over there. One day, while walking near the River Seine in Paris, where there are always small stands lining the sidewalk, I spotted an old score of the Lalo concerto, which I just happen to be currently studying. Of course, I had to buy it.

Yes, we climbed the Eiffel Tower and went to the Louvre, but it was all these "little elements" of the music that made this trip so memorable to me.

Occasionally, life throws you these little signs that you should keep doing what you're doing.

Whenever I wasn't practicing, I was able to relish these moments of music and beauty. It gave me perspective because maybe one day, I can travel with my music. It gave me hope, and sometimes that is all one needs to get back on their practicing grind when they return home.

July 29, 2014 at 03:17 PM · Yes! Yes! Yes! aside from the fact that I'm super jealous, because your vacation sounds amazing - I have a lot of positive experience with the counter-intuitive Zen advice that sometimes the best way to do something is to stop working hard at it.

It sounds like your break gave you an opportunity to really fall back in love with music again (something anyone going to regular rehearsals definitely needs), and that was WAY more valuable to your development then going through the motions when you don't feel emotionally engaged.

July 29, 2014 at 03:47 PM · I agree with Michael's comments wholeheartedly. From my point of view, if you're able to take your fiddle and have some fun practicing without the ghost of "perfection" haunting you, then go ahead. If not, I feel it's better to leave the violin at home. Most musicians, even if they are not pros, have other commitments in addition to playing. School, a day job, teaching, etc. Sometimes you just need a break from everything called your life, no matter how much you love it, and get away for a while. That's my two cents.

Sounds like you had an incredible vacation. When my wife and I went to Virginia Beach for our honeymoon, we spent two thirds of our time in Colonial Williamsburg. For me, it was very inspiring to hear music being played in an 18th century setting and it gave me a focus for my own music.

I couldn't imagine going on vacation anywhere without an instrument to play. We become musicians (hopefully) because we love music so much that it is like the air we breath. At least, that's how it is with me. There are days when I don't play for one reason or another and those are the days I take a break from it. When the chaos of life gives me a chance to breathe, I choose to breathe in music.

July 30, 2014 at 11:45 AM · Those of you who practice whilst on vacation -- where? In hotel rooms? I have used vacant hotel conference rooms but it requires the hotel staff to be friendly and understanding.

July 30, 2014 at 07:17 PM · Rather than using a mute, I keep an un-rosined bow in my case for quiet practice. Without rosin it's harder to keep it on track because it wants to slide sideways, but with some concentration I find it better than using a mute. The notes are quieter than any mute I've ever used and they are in tune. It's almost like a whisper.

Mind you, I'm not in an orchestra and I rarely play for pay. I play for my own enjoyment mostly so this un-rosined bow may not work for some people and I'm sure it doesn't work for particular bow strokes. But if you just want a way to keep your arms and fingers moving while you're on vacation then I think it's a decent idea. Give it a try.

It was definitely a vacation that I will never forget.

I agree with all that has been said, and I feel like for me I was able to relax and enjoy practicing most days, and on the days that I wasn't really feeling it (like I was itching to go explore) I put my violin down and told myself that it was alright to give myself a break sometimes, and I think that kind of mentality- especially while vacationing in such a special place- is actually very healthy and acceptable.

As Jeff and Michael both said, if your mind isn't in tune with the instrument, then you might as well go and do something else, like see a concert, that can inspire you in a different way musically.

Paul, I was lucky enough to be staying in a house with people that didn't mind the sounds of a violin practicing and we only stayed in a hotel for one night the entire trip. This was a longer vacation, but for shorter vacations I just result to using a practice mute. I think that it is harmless as long as you don't use it for extended periods of time, because you don't want to grow too comfortable to a weaker sound.