#TexasStrong: Playing Viola Through the Storm

September 3, 2017, 5:35 PM · There's a saying going around on social media that Houstonians don't know what day it is anymore. It's true.

Before the storm (was it Thursday or Friday? I don't know anymore), I headed to Texas's favorite grocery store H-E-B. This store loved by Texans has a repuation for their disaster preparedness. Walking into the store, I was immediately greeted by an enormous display of bread and water. I had water, but went and got the things I needed for the next several days and headed home to prepare. I filled all my tubs, unplugged everything, prepared a tornado escape room, and put anything of value as high up as I could. Then I waited. 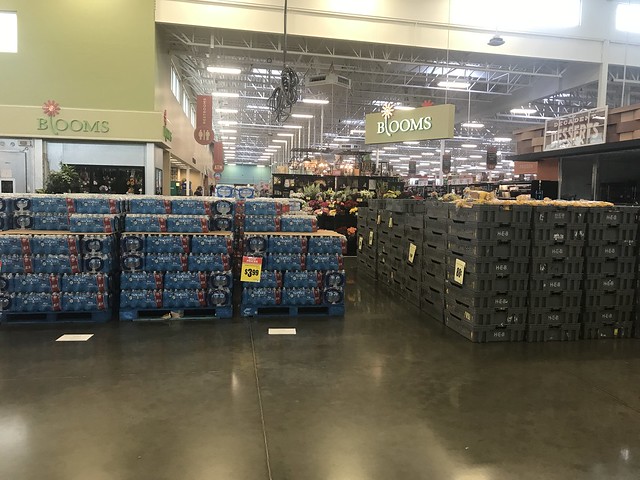 The first day of the storm was intense. First came the rains, then the lightning, then the endless tornado warnings. The tornado warnings started in the afternoon and continued all night long. I think there were 67 tornado warnings in my area in the first 24 hours. I was on the "dirty" side of the storm. Every 30 minutes or so my weather radio and phone would go off with a new warning. If it was close, I went into my shelter. If it was further away I tried to sleep. I didn't sleep much that night.

In the morning, the rains let up a little bit. My rain gauge was already overflowing. The street outside my house was underwater, but my house was dry. Later the sun came out for a little while (was it that day or the next? I don't remember). Within five minutes, I and all my neighbors headed outside and headed down to the lake to assess the situation. The lake was flooded, and the waters were still rising. This was going to be bad. 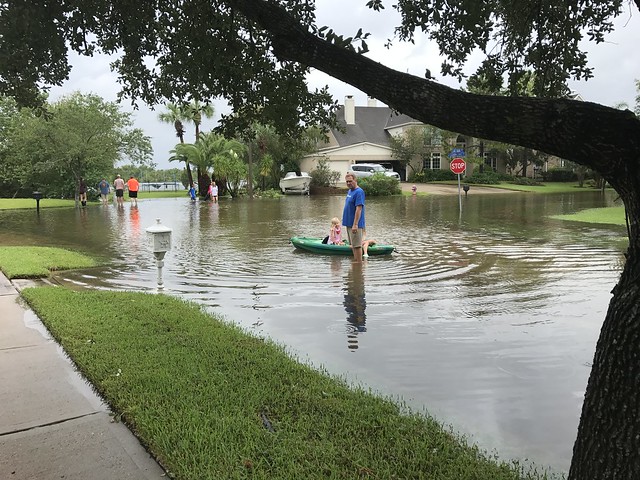 I took my viola out of the top shelf of the closet and began practicing. What else could I do? It rained even more. Houston was drowning. My news feed filled with calls for friend's status "Wet or Dry?", calls for supplies for the emergency shelters (that was a wild drive - 1 mile from the house), and endless news coverage of floods and citizens evacuating citizens as the 911 system was overwhelmed.

With most of Houston's freeways and surface streets closed to vehicles with tires, I was effectively stranded. With nothing else to do while it continued to rain, and not knowing when my piano quintet group could get togetheragain, I made a series of "click tracks" so we could rehearse together while separated by miles of water.

The last day of the storm (I think it was Tuesday) the rains finally stopped and the sun came out. All of the greater Houston area rejoiced, then rolled up our collective sleeves. The arts district sustained catastrophic water damage. The Wortham Center stage had taken on water. The Alley Theater was flooded two years after an extensive remodel. Jones Hall was flooded. Tens of thousands of people lost their homes. I was one of the lucky ones.

"Dry" I replied to a status request.

September 4, 2017 at 12:24 PM · Wow! Glad you're OK. I suffered from Hurricane Sandy in I think, 2012, living at the time in the Coney Island section of Brooklyn NY and just 2 blocks form the ocean. But it was nothing compared to what so many Texans have and are continuing to go through. Thoughts hopes and prayers to all concerned. Keep us posted!

I'll go out on a limb and speak for my whole adopted state: New Jersey loves Texas!

September 4, 2017 at 11:32 PM · I have often thought about the fact that if the lights went out, the Internet went down and civilization came to a halt, we'd all still be able to make music with our fiddles!

September 5, 2017 at 03:22 PM · I wondered how you were doing during the onslaught -- glad you and your place were spared. Similar experience here -- except for all the water -- during Alabama tornado outbreak, April 2011.

No damage in this part of town, but one twister took out the feed from Browns Ferry Power Plant, 28 miles west. So no power for 4 days. That didn't keep me from practicing each evening in the garage. Very low light -- could barely see. But I got a lot done -- from memory.