Collaborating with a Stranger: 'Awning' for Violin

March 30, 2022, 6:42 PM · It's New Year's Day, 2021. I called up my composer friend John Snyder, who sounded half-awake. "Long story short," I said half-jokingly, "I met an Egyptian film director on the internet. He may or may not be a serial killer but he's looking to collaborate. Can you finally write me that violin piece? I'm about to turn him down, so think fast."

The reverse psychology seemed to have piqued John's interest. "Well, wait a minute." he said, sounding more awake. "Tell me more, It might be cool." 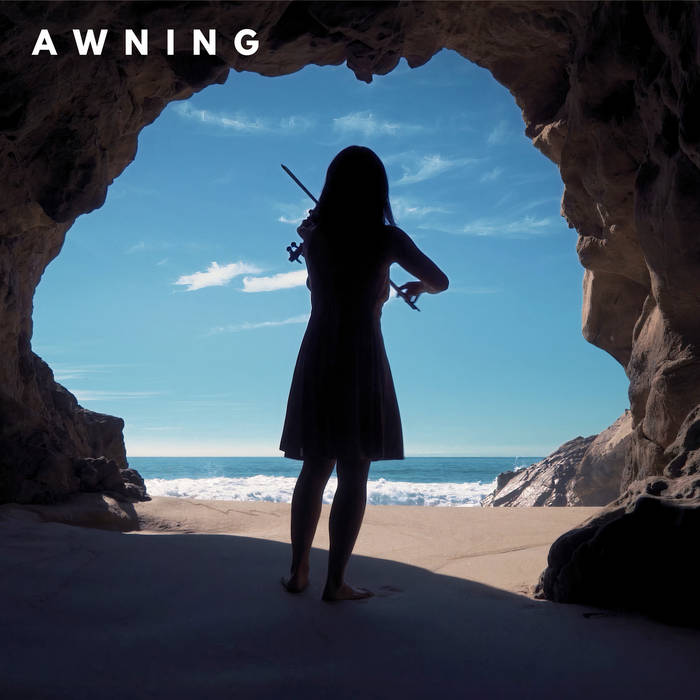 Just a few days before I called John, I was doom-scrolling in a Facebook group when a post caught my eye. The poster introduced himself as a South African/Egyptian photographer, who was in Los Angeles temporarily, looking to collaborate "towards making something that we can be proud of." I've watched enough true-crime TV to be wary of the internet. I couldn't tell if the post was genuine, or if I was about to become a scam victim in the next Netflix docu-series. Regardless, I dropped my Instagram handle in the comments and forgot about it.

Two days later, a message from Claude Morcos appeared in my message request inbox. He was "really impressed" with my violin playing and wanted to collaborate. Little did I know that by taking a chance, a powerful collaboration was going to be formed. The next day, John and I hopped on a Zoom call to meet Claude - the stranger from the internet.

When I met Claude during the pandemic, the LA music scene was on a book-a-gig-and-three-more-get-canceled streak. Disappointment was a frequent visitor. With only 15 days to compose and record music -- and to shoot the film on a shoestring budget during a pandemic, taking a chance on a stranger was both thrilling and terrifying.

"What if this whole thing is a total failure?" I asked John. 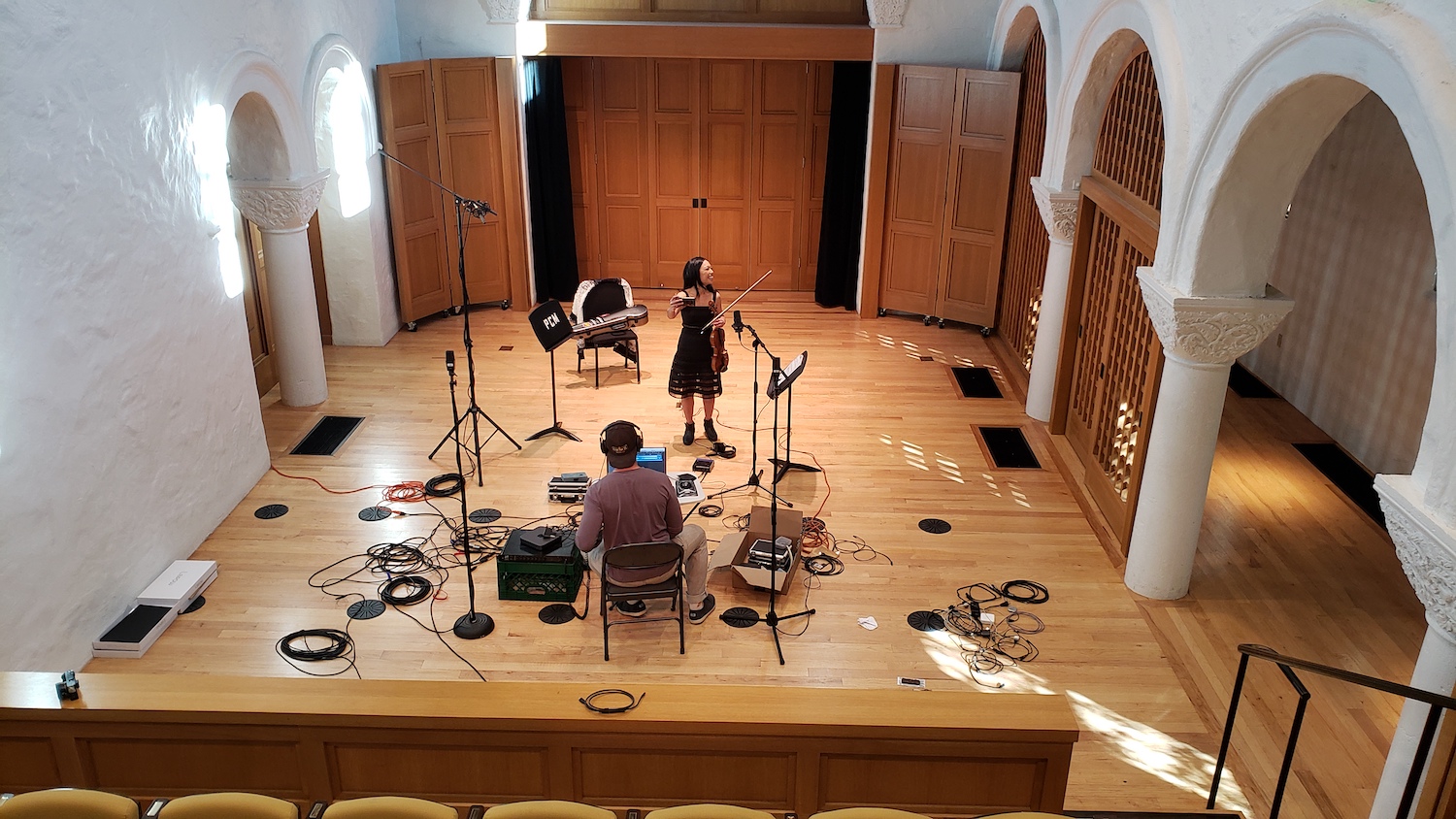 As it turned out, there were far more challenges than we could have imagined, from rock- climbing down a cave to off-roading in the desert to navigating chemical spills barefoot. Another time, we had to end a take abruptly because John had fallen on a cactus while running behind Claude's camera.

After two exhausting days in nature, I was ready for temperature control and toilets. While setting up the recording gear in the concert hall, we noticed a microphone was picking up the faint sound of a Mariachi band. "That won't do, it's in the recording!" John said with frustration. After circling around the campus, we realized that it wasn't a live Mariachi band after all, but a bad mic cable that was picking up a Spanish radio station frequency. All three of us burst into laughter. 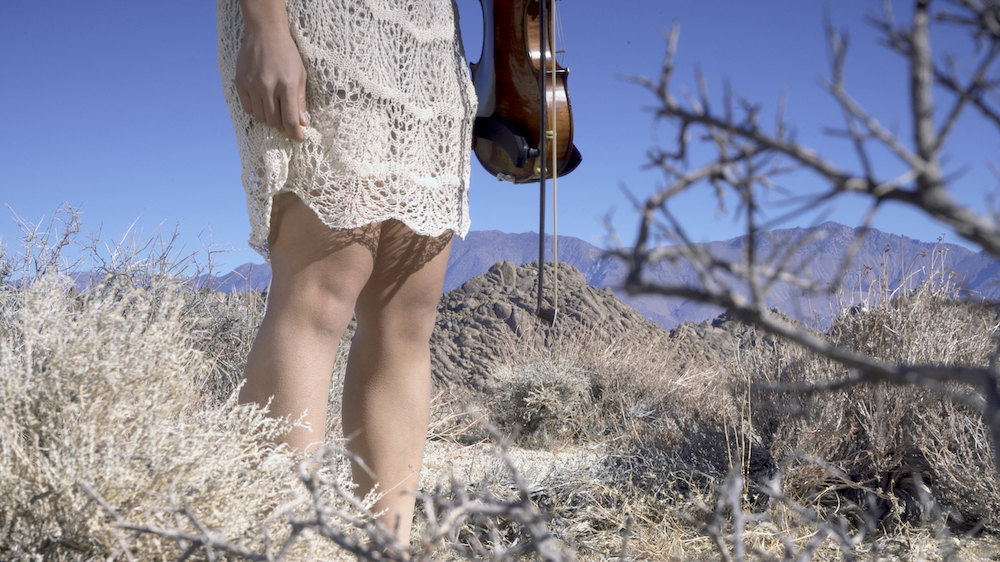 "You did what?" my mother said disapprovingly, when I described the adventure after the production was over. "You met this guy on Facebook!? He could've been a serial killer!" I had conveniently left my mother in the dark until Claude landed in Egypt.

Creating "Awning" was a daunting challenge. Despite the fear, self-doubt, and resistance, my own strength surprised me. I am proud of our small but mighty team of three. My mom might disapprove, but I'm going to keep taking chances on humanity. Life is a daring adventure and you never know what rewards will come.

April 1, 2022 at 02:33 PM · Bravo, and great story! How was the backing string section done? Is it synthetic? Everything sounds very good anyway.

Re Jean Dubisson - The orchestra is real! Sofia Strings in Bulgaria. If you follow us on social media, we've dropped a mini-doc series showing the behind scenes of the making of Awning. :)