January 23, 2023, 1:39 PM · Violinist Michaela Paetsch, the first American woman to have recorded the Paganini 24 Caprices, died on Jan. 20 after a long battle with cancer.

Born in 1961, Paetsch was one of seven siblings, growing up in a musical family on a mountain in Colorado Springs. She began studying violin at age three with her parents.

Her parents, cellist Gunther and violinist and horse trainer Priscilla Paetsch, were staples in the Colorado Springs musical community, both of them playing in the Colorado Springs Symphony, among many other musical activities. All of the children learned to play stringed instruments, and eventually the family formed their own nine-piece group: The Paetsch Family Chamber Music Ensemble. 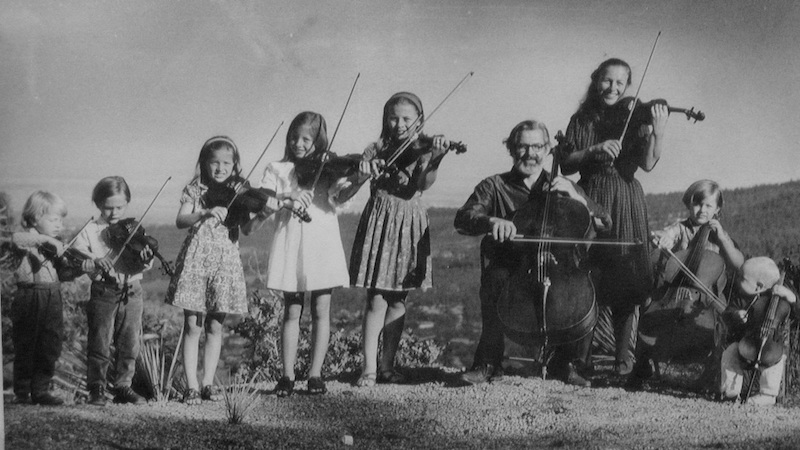 The Paetsch family of Colorado Springs. Michaela is fourth from the left.

"Making music and performing with my family chamber ensemble was the most important part of my development as a performing artist," Michaela said. "I grew as a soloist as well as a chamber musician. These experiences set me up for life." 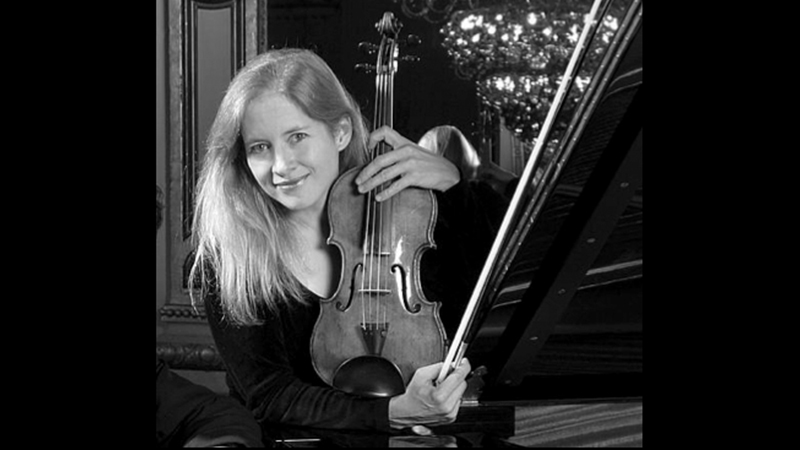 Michaela performed as soloist, recitalist, and chamber musician in the major musical centers of the world, including New York’s Carnegie Hall and Avery Fischer Hall, and the Library of Congress in Washington, D.C. She played in major music festivals such as Marlboro in Vermont, Davos in Switzerland, Brandenburg Summer Concerts in Berlin, Banff in Canada, Boulder Bach Festival, “Mostly Mozart” in New York, the Rhein-Sieg and the Niederrhein Chamber Music Festivals, both in Germany.

She collaborated with major orchestras throughout the world, including the NHK Symphony Orchestra (Japan), the Philharmonics of Osaka (Japan), Seoul (Korea), Liége (Belgium) and Bergen (Norway); the National Orchestra of Belgium, the Leipzig Gewandhaus Orchestra, the Frankfurt Radio Symphony, the Residentie Orchestra, the Orchestre de la Suisse Romande, and the BBC Symphony, among others. She worked with many conductors, including Kent Nagano, Dmitri Kitajenko, Horst Stein, and Myung-Whun Chung.

Her recordings included 24 Caprices by Niccolo Paganini (1987); Concertos by Joachim Raff with the Bamberg Symphony Orchestra; Sonatillen, Op. 99 and Morceaux, Op. 85 with Eric Le Van on piano: Brahms: 21 Hungarian Dances and “La Capricieuse”. Michaela was the featured soloist with the Bern Symphony Orchestra on the live recording of the “Offertorium” by Sofia Gubaidulina. She has also worked for Sony Classical, Arte Nova, cpo, and ARSIS.

Michaela played a 1704 Gaetano Pasta violin. "This violin reminds me of the childhood instrument my father found in Pueblo, Colorado," Michaela said. “I fell in love with it at first sight - and sound! I cherish its dark sensuous beauty and amazing variety of colors – it reacts so well in all conditions."

Michaela lived in Ligerz, Switzerland, and traveled frequently to her native Colorado. She is survived by her husband, Klaus Neftel and her daughter, Nora Lune Neftel.

January 24, 2023 at 07:03 AM · Her brother Johann Sebastian the cellist was one of my fellow participants in the 1981 Congress of Strings, and persuaded Frank Brieff to coach us in the Schubert cello quintet. I remember him talking about playing sextets with his family…what an amazing experience that summer was.