January 19, 2023, 2:25 PM · Violinist Charles Treger, the first American to win the Wieniawski Competition and a founding member of the Chamber Music Society of Lincoln Center, died on Jan. 12 at age 87 at his home in Avon, Conn.

His wife, opera singer Deborah Alden, preceded him in death by 30 days.

"He was such an amazing, natural violinist," said Los Angeles-based violinist Bruce Dukov. "He was one of the great violinists of our time."

BELOW: Treger plays the third movement from Wieniawski's Violin Concerto in D minor Op. 22 with Poznan Philharmonic Orchestra conducted by Robert Satanowski, from the 1962 Wieniawski Competition.

Born in Detroit, Michigan (not in Iowa City, as has been reported), Treger came to international prominence at age 27, when he was the first American to win first prize in the Wieniawski International Violin Competition in Poznan, Poland in 1962, during the height of the Cold War. His win prompted a congratulatory telegram from President John F. Kennedy. 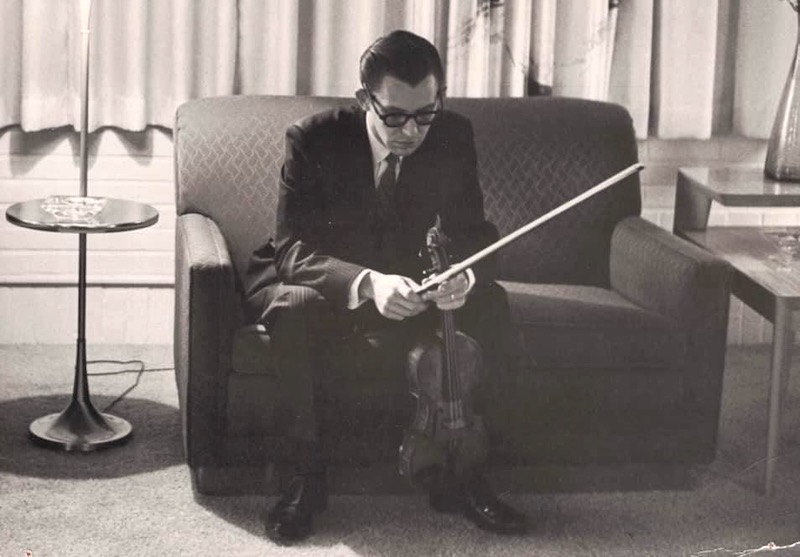 Violinist Charles Treger, waiting for the results of the 1962 Wieniawski International Violin Competition, which he won. Photo courtesy Robin Treger.

It also ignited an international career that spanned more than five decades.

After his win in Poland, Treger maintained a prolific touring schedule, performing his repertoire of more than 50 concertos with leading orchestras worldwide and conductors including Claudio Abbado, Seiji Ozawa, and Pierre Boulez. His recitals included a series of three Town Hall concerts and three Carnegie Hall performances in celebration of his 25th anniversary season.

A founding member of the Chamber Music Society of Lincoln Center, Treger performed with pianist Andre Watts as the Treger-Watts duo, touring together for seven years. He also performed in chamber music and recitals with many of the top artists of the 20th century, including Rudolf Serkin, Emanuel Ax, Isaac Stern, Pinchas Zukerman, Itzhak Perlman, Mstislav Rostropovich and Yehudi Menuhin.

Treger started playing the violin when he was seven years old. "He started playing violin on a dare," said his daughter, Robin Treger. "There was a music teacher going around to the classrooms, asking if anyone wanted to play violin, and one of his friends said, 'I dare you to raise your hand!' And that's how it all started!"

By age 11 he made his debut as a soloist, playing Wieniawski's Violin Concerto No. 2; and at age 16 he started playing in the violin section with the Detroit Symphony Orchestra. At that point, he told The Iowa Gazette: "I had to make a decision between violin and baseball. That was the end of baseball, although I had a good curve ball and slider."

Through most of his childhood Treger studied with William Engels, then with William Kroll at the Peabody Conservatory in Baltimore, and with Szymon Goldberg and Ivan Galamian at the Aspen Music School.

As a teacher himself, Treger made a deep impression.

"My violin playing level rose exponentially during the summer that I studied with Charles Treger," said Dukov, who studied with Treger at Aspen Music School during the summer of 1970. When Dukov arrived, "I was tied up in knots," Dukov said, tightly focused on technical issues like holding the violin correctly and finding the sounding point. Treger encouraged him to stop concentrating so hard on mechanics. "Your ear is the lowest common denominator," Treger told him. "Play, and when you get the tone you like then pay attention to what it feels like." 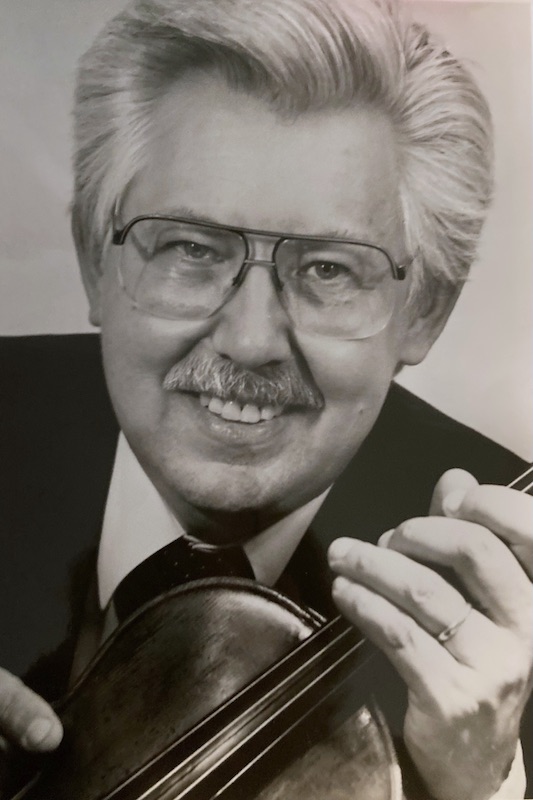 Treger was teaching at the university level even before winning the Wieniawski - in 1960, he became an associate music professor at the University of Iowa, playing also in the Iowa String Quartet. After 10 years he moved to the East Coast, and in 1972 he became a visiting professor at the Hartt School of Music in Hartford, Conn., where he also gave master classes.

In 1984, he succeeded Ivan Galamian as President and Director of the Meadowmount School of Music in Westport, N.Y. He was appointed visiting professor at the University of Massachusetts at Amherst, and received an honorary doctorate of fine arts from Lawrence University in Appleton, Wis., where he served as a visiting professor for many years. Treger also served on foundations and arts organizations including the National Endowment for the Arts and the Rockefeller Foundation.

Treger played on the 1723 "Hartmann" Stradivarius.

Treger never forgot the importance of the Wieniawski Poznan Prize in helping to establish his career, and so he returned to Poland for five tours.

In a 2012 interview, Treger emphasized that winning a competition, while a great honor, is not the goal of a life in music.

"A life in art is not a matter of arrival, it is a matter of intention," Treger said. "The important thing is the process: you have to love the process of being with the instrument and working with this wonderful music. You do this your whole life, always finding new things, never being satisfied" - not because you are dissatisfied, "but because the closer you get, the more you see that is there."