September 3, 2022, 7:05 PM · If you love the Brahms Violin Sonatas, Mark Kaplan has created a day just for you: a "Concert and Symposium on Brahms’s Violin Sonatas," on Saturday September 10th at the Indiana University Jacobs School of Music in Bloomington, Indiana. Click here for a full schedule and more information. And if you can't get to Bloomington that day, you can watch the whole thing from home via IU Music Live. 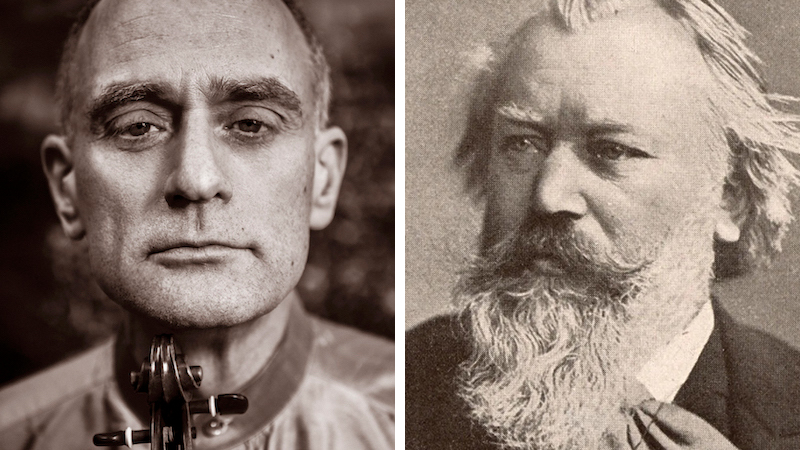 "It began just as a concert — and in my mind, it was also a personal celebration of my return to playing," said Kaplan, who has been professor of violin at Indiana since 2005, and before that at UCLA. "You see, at the end of 2020, the arthritis in my neck was interfering with nerves to an extent that required surgery. The surgery went fine, but it left me with what is called 'C-5 palsy,' which happens in some percentage of cases and basically meant that I couldn't move or even lift my left arm. That was of course pretty scary, but I did lots of physical therapy and exercises, and somehow managed to trust the doctors who said it would eventually get better."

It did get better, but it was a slow process - for an entire year he was unable to play. "That first year coincided with the arrival of the COVID pandemic, so all my concerts were cancelled anyway," Kaplan said. "As things gradually got better, I have chosen increasingly demanding projects for myself, and now I am ready for this project!"

Originally, Kaplan was simply going to play a recital that featured all three Brahms sonatas. "Then I started thinking about how important the piano parts are in these works, and how different the three sonatas are from each other, and I decided to ask three different pianists if they would join me, each for a specific sonata," Kaplan said. Pianist Émile Naoumoff will join him for Violin Sonata No. 1 in G major, Op. 78, "Regensonate"; Kaplan's son David Kaplan for Violin Sonata No. 2 in A major, Op. 100; and Norman Krieger for Violin Sonata No. 3, Op. 108. 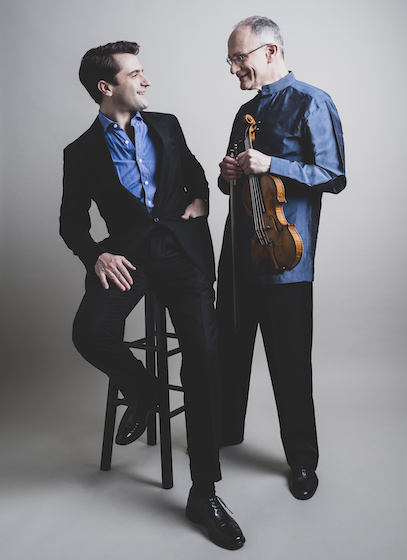 At the same time as he was dreaming up this recital, Kaplan was also reading Joel Lester’s new book, Brahms’s Violin Sonatas: Style, Structure and Performance.

"It is a brilliant book," he said. "It occurred to me that it would be wonderful, if Joel were to do a lecture before the concert." Kaplan spoke to IU musicologist Halina Goldberg about the idea, and she not only approved, but she suggested thinking even bigger. "She pointed out that we have a great Brahms specialist right here at the Jacobs School, Frank Samarotto, and she suggested also two more music theorists."

Here is the line-up of special guests for the Brahms symposium:

Kaplan has given a great deal of thought to the Brahms Sonatas, and for him, each has a different sort of "personality."

"They are all relatively mature works of Brahms," Kaplan said. "The first one has a quite direct relationship with the death from tuberculosis of Felix Schumann, at the age of 25. Brahms had always been very close to the Schumanns, and he was godfather to their son Felix - named, of course, for Mendelssohn. So, despite the normally quite benevolent key of G Major, the Sonata is closely connected to death, something that was apparent to me, especially in the 2nd and 3rd movements, long before I knew anything of the actual historical connections."

"The second sonata is the sunniest, and has a pervasive warmth," he said. "This was for a long time a challenge to me as a performer: It is much easier to bring across something dramatic or exciting or tragic to an audience than something that is quite simply full of love. Indeed, the first movement has the highly unusual heading, 'Allegro amabile,' which is to say, a loving Allegro. Brahms used this indication in only one other piece, the E-flat major viola sonata; and very few other composers have ever made use of it."

"With the first and second sonatas, which for the most part don’t manifest themselves as extroverted, part of the musical complexity is to define what exactly they are and to put that into sound: they are not traditionally dramatic, but neither are they in any way soupy or fuzzy or at all 'new-age,' tendencies that are common in performances today," Kaplan said. "In short, they are not dramatic, yet they have a strong backbone and are not at all harmless. But to play them convincingly, one must be able to communicate in sound what they are, not merely what they are not, and this is a real musical challenge."

"The third sonata fits most naturally into the romantic dramatic sonata tradition, and for that reason, it was the most frequently played of the three in the mid-20th century," Kaplan said. "When I was a student in the 60’s and 70’s, many recital programs ended with virtuoso pieces, and the conventional wisdom was that if you were to play a program comprising only sonatas, it would have to conclude either with the Franck Sonata or the D minor Brahms — or possibly Beethoven’s 'Kreutzer' Sonata. Today we have (thankfully!) vastly broadened our perceptions of how to conceive an effective program, but still the third Brahms sonata retains its appeal; it is, quite simply, a masterpiece that commands our attention and admiration from many different points of view."

Kaplan actually has a facsimile edition of the G Major Sonata, something you can get from OMI ("Old Manuscripts & Incunabula". You can get the manuscript to the A Major Brahms Sonata on IMSLP).

"These facsimiles always provide wonderful connections with the composer. In the handwriting there is so much more personality than can be found in even the best printed edition!" Kaplan said. "There are also places where Brahms made changes in the process of his work, and these show something of what was going through his mind. There are also often ambiguous places in manuscripts: where exactly does a slur or a crescendo start? for example. In making an edition, one has to make a clear choice and print it, but in the manuscript one can sense the ambiguity and live with it."

What was the first Brahms Sonata that Kaplan studied?

"The first that I studied was the G Major; of course I fell in love with it, but I understood only a small fraction of what was there," he said. "The first sonata that I performed at all extensively was the A Major."

"The first time I performed all three in a single concert was in Italy with the wonderful pianist David Golub, who was also my trio-mate for two decades in the Golub-Kaplan-Carr trio," Kaplan said. "When David died at the age of just 50, he left a large hole, not only in my life, but also in the lives of so many others, and in the music world in general."

Kaplan also described some of his favorite recordings and live performances that he has seen:

What is it like to teach the Brahms sonatas?

"I have continual small revelations every time I teach anything — and over time they cumulatively add up to be great revelations!" Kaplan said. "I find these sonatas valuable for teaching, because young students, who often look for easy answers — is it louder or softer?, slower or faster? — have to grapple with music that defies easy answers, just as life itself most often defies easy answers. Brahms was such a complex human being, and we can best come to know him through the many layers of his music."

* * *
For more information about Kaplan's "Concert and Symposium on Brahms’s Violin Sonatas" click here. To watch the livestream on September 10, click here.