Shanghai Violin Competition to Conclude Without Naming a Winner

July 12, 2022, 7:02 PM · The Shanghai Isaac Stern International Violin Competition (SISIVC) has announced that its Third Edition, originally scheduled for 2020, will now be completed online, without naming a winner. The six finalists will not compete in a Final Round for rankings or for the record-breaking first prize of $100,000, as originally planned. 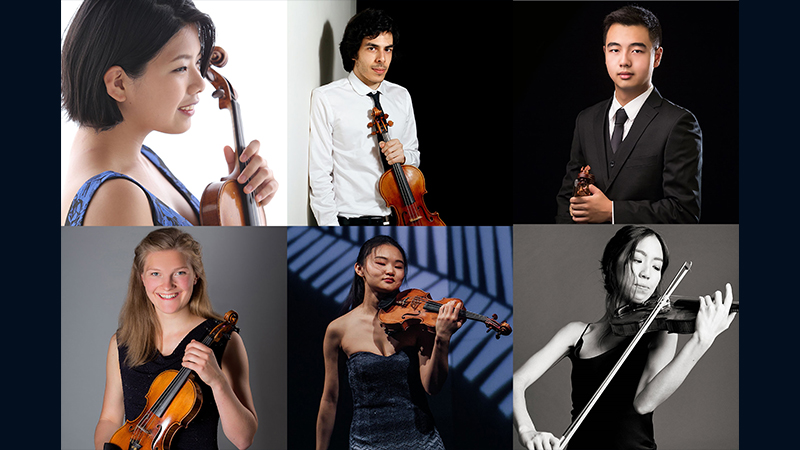 The jury committee will not give scores for each performance but instead will provide detailed reactions to each candidate’s performance, acting as mentors rather than competition jury members.

Instead of receiving cash prizes (which originally included the $100,000 First Prize as well as Second Prize of $50,000; Third prize of $25,000 and $5,000 each for Fourth, Fifth and Sixth Prizes), each of the six candidates will be awarded a scholarship of $20,000. They will also receive financial support from the SISIVC to pay for expenses incurred in creating a professional-quality recording for the online concert.

"Performing artists, especially musicians...achieve the biggest impact by playing in front of a live audience," said Long Yu, President of the SISIVC) Organization Committee and Music Director of Shanghai Symphony. "Competing online would help us decide the ranking of each candidate, but the ultimate goal of the competition is not ranking. This is just a means to discover and support musicians. Under the current circumstances, it is more important to effectively send these six candidates on track to the next chapter of their music journey. That’s why we have decided to provide them with scholarships and continued support measures, in order to help them head into the future with an easier and more determined path."

The Shanghai competition's third edition was originally scheduled to take place in August 2020 in Shanghai, but it was postponed due to COVID. After a year's delay, the quarter-final and semi-final rounds were held virtually, in August 2021.

After those rounds, six candidates advanced to the finals. Those violinists include Rino Yoshimoto of Japan; Thomas Lefort of France; Ruifeng Lin of China; Felicitas Schiffner of Germany; Angela Sin Ying Chan of Hong Kong, China; and Shannon Lee of the United States.

Planners were hoping for an in-person Final Round in 2022 that would take place in Shanghai, but challenges with COVID and global travel continued to disrupt those plans. Instead, these six finalists will now perform their final round repertoire, which includes a concerto of their choice plus "Night Tour" by Zhou Tian, a piece commissioned by the Shanghai Symphony Orchestra (SSO). The composer Zhou Tian is the first Chinese musician to be nominated for a Grammy Award for the Best Contemporary Classical Composition.

The competition's Organization Committee reached the final decision with unanimous approval from its jury committee, which met June 20 for an online conference hosted by jury chairpersons David Stern and Vera Tsu Weiling.

"I am very proud of the imaginative solution that the SISIVC has put in place in order to bring the 2020 competition to a just conclusion," Stern said. "The continuing difficulties connected to the pandemic have obligated us to invent an entirely new outcome. The six talented candidates who managed to make it to the finals already deserve credit for persevering during these difficult times. Offering these young people an equal amount of money as a scholarship and planning future concert appearances with China’s premier orchestras shows that the SISIVC is committed to supporting young talent beyond the expected competition structure. These six musicians represent the future, and our job is to be part of a worldwide network that is committed to supporting them."

July 13, 2022 at 02:01 AM · This outcome seems to me much better than the usual contest. Music should not be a competition, but rather a joyous collaborative art.

July 13, 2022 at 02:45 AM · I'd be curious to know what those six finalists think of this. First of all the total purse is a lot smaller than the contestants were originally promised.

July 13, 2022 at 03:41 PM · Well, if it’s written in the competition agreement that the rewards granting is entirely at the discretion of the jury, that’s the deal. Otherwise, I’m not sure it’s fair.