For the Record, Op. 201: Time for Three; Elena Urioste and Chineke!; Lincoln Trio

June 9, 2022, 6:19 PM · Welcome to "For the Record," Violinist.com's weekly roundup of new releases of recordings by violinists, violists, cellists and other classical musicians. We hope it helps you keep track of your favorite artists, as well as find some new ones to add to your listening! 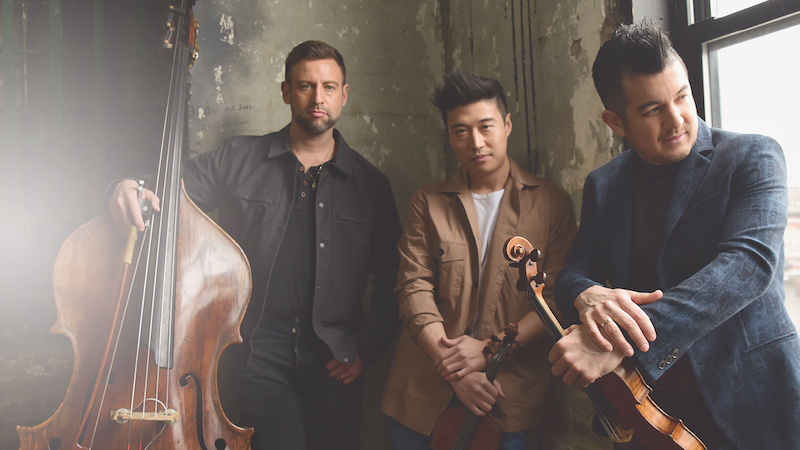 Letters for the Future
Time For Three
The Philadelphia Orchestra, Xian Zhang conducting

String trio Time For Three (TF3), which includes violinists Nick Kendall and Charles Yang and bassist Ranaan Meyer, has been praised by Simon Rattle as "benevolent monsters, monsters of ability and technique surely. But also conveyors of an infectious joy that I find both touching and moving." Their album, recorded with the Philadelphia Orchestra, comprises world premiere recordings of two technically demanding and musically virtuosic concerti for trio and orchestra by two Pulitzer Prize-winning composers: Jennifer Higdon’s 2007 Concerto 4-3 and Kevin Puts’ new piece, "Contact." BELOW: By composer Kevin Puts: "Contact" - 2. Codes (Scherzo) (Excerpt):

It's been 10 years since composer Max Richter's "Vivaldi – The Four Seasons Recomposed" topped the classical charts in 22 countries. For this project, Richter's music, which puts a 21st-century twist on Vivaldi's most famous work, is played using Baroque period instruments with gut strings, by the British ensemble Chineke! and American violinist Elena Urioste. Richter calls it "a new trip through the text using Vivaldi’s own colors." The new recording was produced on an analogue mixing desk at Richter’s own Studio Richter Mahr, with the composer himself playing an early Moog synthesizer from the 1970s. Recording at Richter’s newly-built Oxfordshire studio complex, composer and players worked in close collaboration, without a conductor, discussing all aspects of the music, from Baroque instrumental technique to the language and storytelling involved in Vivaldi’s original. BELOW: Max Richter - The New Four Seasons: Vivaldi Recomposed (Trailer):