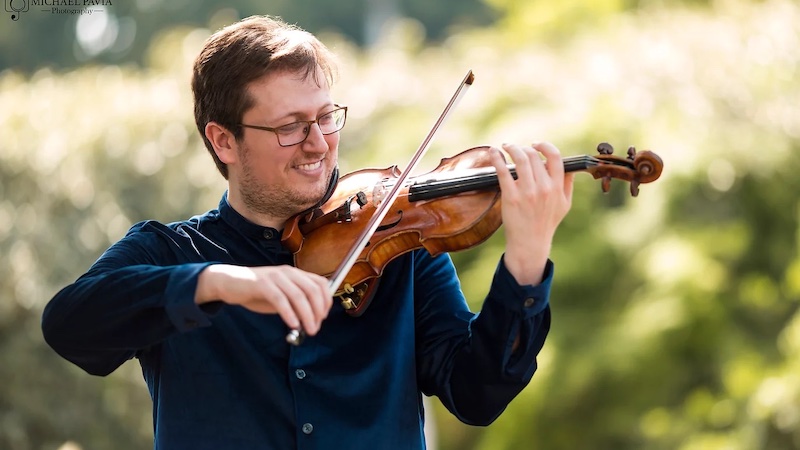 Radzynski replaces former concertmaster William Preucil, who was fired in 2018 on grounds of sexual misconduct. In recent years, first associate concertmaster Peter Otto has often served as concertmaster, but the position has been officially open since Preucil's departure.

Radzynski has served as concertmaster of the Israel Philharmonic since 2015, serving under music directors Zubin Mehta and Lahav Shani. He also has performed as guest concertmaster with the Houston Symphony, Pittsburgh Symphony, and Cincinnati Symphony Orchestras.

Raised in Columbus, Ohio, he holds degree a Bachelor's degree from Indiana University and a Master's degree from Yale University as well as an artist certificate from the International Center for Music at Park University. David’s major violin teachers have included Roland and Almita Vamos, Paul Kantor, Mauricio Fuks, Kevork Mardirossian, Syoko Aki, and Ben Sayevich.

As a soloist David has played the Weinberg Violin Concerto with the Israel Philharmonic and Manfred Honeck, as well as various other solo performances with orchestras in Israel. He also performed with Zubin Mehta in Musikverein Hall where he played the Haydn Sinfonia Concertante with his colleagues of the IPO, and in Poland with the Lódz Philharmonic performing the Brahms Double Concerto with the principal cellist of the Polish National Philharmonic.

Radzynski also premiered the double concerto composed by his father Jan Radzynski, a professor of composition at The Ohio State University, performing it with the the Amadeus Chamber Orchestra of Poznan, Poland. He gives recitals and masterclasses regularly throughout the world.