May 30, 2022, 1:51 PM · Violin maker Oleksandr Smykovskyi has lost his home and violin shop and was forced to flee his hometown of Mariupol, Ukraine during the ongoing Russian invasion of his country.

Now several efforts are under way to come to the aid of Smykovskyi and his family, including an auction of one of his violins by Tarisio and a GoFundMe campaign set up by Aruna Talapatra of Long Island, N.Y. 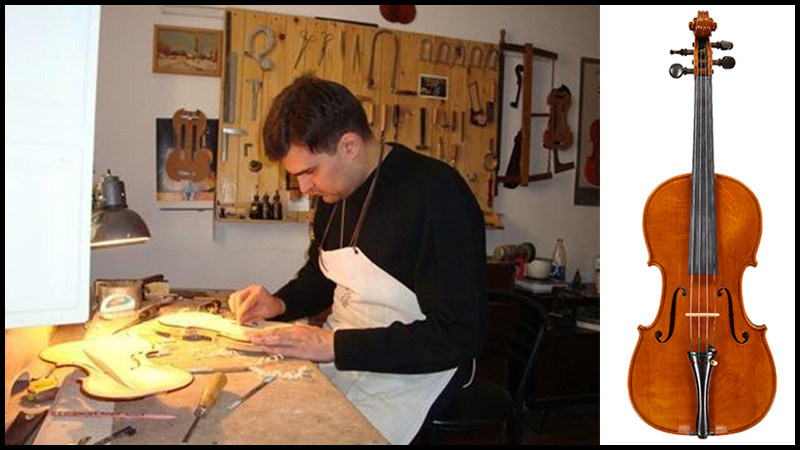 "My house and my workshop burned down, all my personal belongings are gone. I no longer have any tools, and my last five violins in various stages of completion perished in flames as well," Smykovskyi wrote in a letter to Vermont Violins. "I lost my entire stock of wood that I have been collecting for decades in different European countries. At being almost 50 years old, I can’t imagine how to rebuild my life and how to restart my violinmaking from zero."

Tarisio will be accepting bids through June 9 on a 2010 violin made by Alessandro Smykovsky (Oleksandr Smykovskyi - Ukr.), based on a 1703 Testore model. All proceeds from the sale will go to Smykovskyi, with Tarisio waiving its fees. The violin is currently owned by Gary Sinderovsky of Philadelphia, who has offered it for sale as a fundraiser for Smykovskyi.

Click here to learn about the violin being auctioned and/or to place a bid.