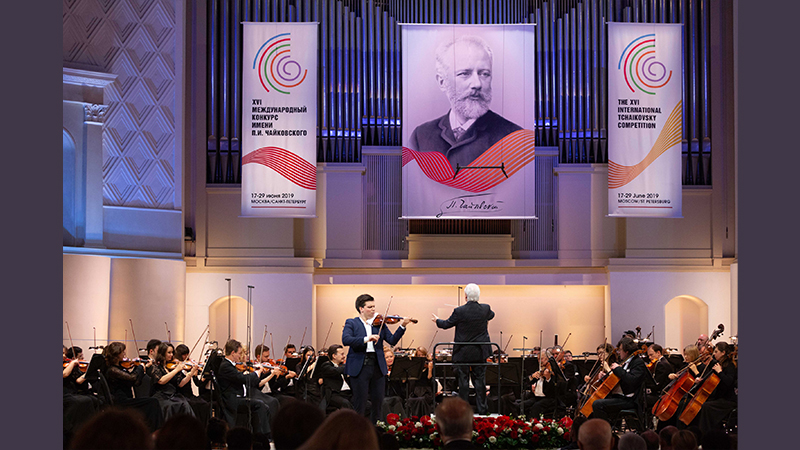 "In the face of Russia´s brutal war and humanitarian atrocities in Ukraine, the WFIMC as an apolitical organization cannot support or have as a member, a competition financed and used as a promotional tool by the Russian regime," the organization said in a statement signed by its Secretary General Florian Riem and President Peter Paul Kainrath.

The organization reiterated its stance against sanctioning any artists solely on the basis of their nationality.

"The WFIMC affirms its previous statement against blanket sanctions on all Russians and against the discrimination and exclusion of individual artists, based on their nationality," the statement says. "In times of war especially, we believe it to be essential to maintain a dialogue with those who trust us and who share our values, the same way as we trust them."

The Tchaikovsky Competition has been a member of the WFIMC since 1971. The competition has been held every four years since 1958, and its next competition is scheduled for 2023. While it started as a competition with division for violin and piano, it has expanded to also include divisions for cello, voice, woodwinds and brass. Prize winners have included many famous violinists, to name a few: Gidon Kremer, Eugene Fodor, Elmar Oliveira, Dylana Jenson, Ilya Kaler, Jennifer Koh and most recently in 2019, Sergey Dogadin.

The Tchaikovsky Competition is strongly supported by the Russian Government, with specific support from Vladimir Putin as well as Russian conductor Valery Gergiev, who has been dismissed from numerous engagements this spring due to his alliance with Putin.

Andrei Malyshev, representing the Tchaikovsky Competition, took part in the WFIMC's General Assembly, and the competition issued this response.

Founded in 1957, the Geneva, Switzerland-based WFIMC provides guidelines that aim to achieve artistic excellence, integrity and fairness in international competitions. Currently the federation includes more than 110 international music competitions and other related institutions that serve young musicians aspiring to an international career.

April 25, 2022 at 10:55 AM · This sounds right. Any discrimination against a Russian simply by virtue of nationality is wrong. However, discrimination against any state-funded alliance that will not condemn the war in Ukraine is warranted. The dismissal of Valery Gergiev was justified on account of his refusal to condemn Vladimir Putin's illegal war (and presumably, his silence on the war crimes committed against Ukrainian citizens).

Likewise, the reason the Tchaikovsky Competition has given for not condemning this war is specious. It is not a matter of commenting on politics, especially given the scale of war crimes the whole world has witnessed. While they claim that they don't comment on politics and focus on art, I suspect that their refusal to condemn has to do with Putin's support. I say this because I know a bit about Russian politics and the slavish worship that those in Putin's employ have towards him.

A shame for the talented musicians who have benefitted from the Tchaikovsky competition, as well as those who continue to enjoy many aspects of Russian culture.