April 7, 2022, 11:20 PM · Colleagues are remembering Canadian conductor Boris Brott, 78, who died on Tuesday after a hit-and-run accident in the Toronto suburb of Hamilton.

Brott, who had been serving as Artistic Director and Conductor of Orchestre Classique de Montréal, was also a major force in Canada's classical music world, having founded and developed some half-dozen Canadian orchestras during his lifetime and having been honored as an Officer of the Order of Canada in 1987 and a Member of the Order of Ontario in 2007. 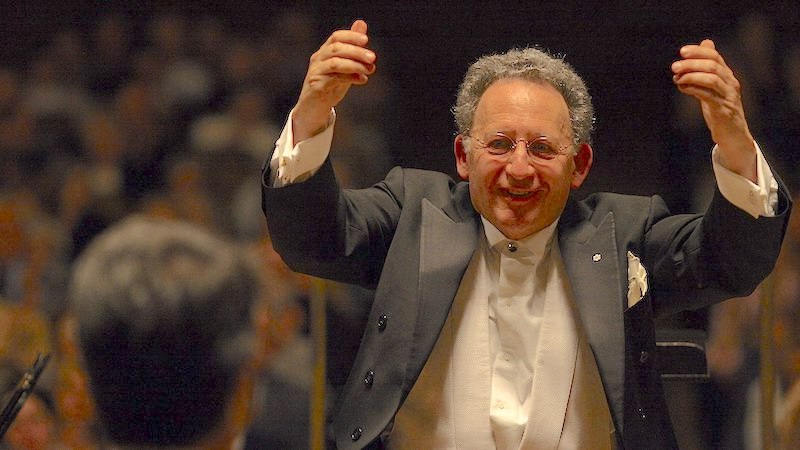 Numerous tributes on social media have described him as an enthusiastic supporter of young musicians -- a mentor to many who provided a host of opportunities and encouragement.

Brott "was the man who truly got me started in serious orchestral training through his National Academy Orchestra," said violinist Lynn Kuo, who is Assistant Concertmaster of the National Ballet of Canada. "He was always so supportive of young musicians. While I was a student, he asked a member of the Toronto Symphony to take some time out to help me with my orchestral excerpts. He wanted to help and see me succeed." Many others - musicians, conductors, symphony supporters, teachers - told similar stories.

"In one of the many tributes to Boris Brott, someone called him 'Every Canadian's Musical Uncle' - and I would wholeheartedly agree," violinist Lara St John wrote on her Facebook page. "He had such incredible energy, curiosity, positivity, and just downright menschiness - I will miss him so much."

Among his many accomplishments: He was founder and artistic director of the National Academy Orchestra of Canada; and he also founded the Hamilton Philharmonic Orchestra and served as its Music Director for 23 years. He was also the executive director of the Brott Music Festival, which he founded in 1988 with his wife, Ardyth. He was the founding music director and Conductor Laureate of the New West Symphony in Los Angeles, and Artistic Director and Conductor of the Orchestre Classique de Montréal (formerly the McGill Chamber Orchestra). He was a former Principal Youth and Family conductor with the National Arts Centre Orchestra in Ottawa, where he conducted family and education concerts.

"Those fortunate enough to work with him at New West Symphony enjoyed his infectious sense of humor on many happy occasions," said a statement from the New West Symphony. "He was a giant of the classical music world."

Brott was a passionate and articulate advocate of the arts, and a tireless worker who expressed that he no intention of ever slowing down.

Born in Montreal in 1944 to violinist and composer Alexander Brott and cellist Lotte Brott, Boris Brott also was the brother of cellist Denis Brott, who is founder and director of the Montreal Chamber Music Festival and who played a founding role in the creation of the Canada Council for the Arts Musical Instrument Bank.

Boris studied violin with his father and performed at the age of five with the Montreal Symphony Orchestra. He took courses at the Conservatoire de musique du Québec à Montréal and the McGill Conservatory. When he was 17 he studied conducting with Pierre Monteux and served as his assistant for concerts in Europe. He next studied with Igor Markevitch and won first prize at the 1958 Pan-American conducting competition.

His urge to create orchestras first manifested in 1959, when at the age of 15, he founded the Philharmonic Youth Orchestra of Montreal. From 1963 to 1965 he served as Walter Susskind's assistant conductor with the Toronto Symphony Orchestra. He won first prize at the sixth Dimitri Mitropoulos International Music Competition in 1968 and served the following year as assistant conductor to Leonard Bernstein, with the New York Philharmonic Orchestra.

Later in life - in 1992 - Brott returned to academia, this time to study law at the University of Western Ontario. He also had a career as a motivational speaker, drawing comparisons between business organizations and symphony orchestras to teach Fortune 500 executives lessons about teamwork, leadership, communication, and creativity.

Brott, whose roots were Ukrainian, was to direct a Tribute to Ukraine with the Vancouver Symphony Orchestra on April 20, with all proceeds going to the Canadian Red Cross Ukraine Humanitarian Crisis Appeal. The concert will be performed in his memory.

Brott is survived by his brother, Denis; his wife, Ardyth; three children, Alexandra, David and Ben and their families.

April 8, 2022 at 08:32 PM · So very sad. I received the following note from a close friend in Canada who is a musician and former artistic director of a major opera company :"It's profoundly sad for the entire arts community in Canada to lose a leader and life force like Boris Brott, particularly under such heartbreaking circumstances. Many friends and colleagues regarded him as one their greatest mentors and supporters. I was on a Zoom call this morning with a gaggle of arts buddies from across the country, and the general consensus was that he was unfailingly kind, always enthusiastic and complimentary, and one of the nicest guys in the business. For me, that would be a wonderful way to be remembered...I'd settle for words like that. He will be so missed by so many."

April 12, 2022 at 10:41 PM · I am truly deeply saddened to learn of Canadian Fireball Conductor, Boris Brott's, sudden & never expected passing from injuries sustained in a horrific automobile accident just outside Toronto, in Hamilton, Ontario, and City which Boris Brott helped to immensely lift up young & striving musicians to become more than the huge collective total ever imagined ~

Hearing about Boris Brott's ongoing efforts & achievements to highlight Canadian musicians & for decades, was always most heartwarming and inspiring knowing Boris 'B' was building up Classical Music and its younger musicians far beyond the time 'B.B.' started his Mission and widely beyond imagined dreams!

Members of my better half's family in Hamilton, benefitted very greatly from mentoring by Boris Brott, and for this Gift, we are forever grateful ... May the Grand Canadian born Maestro be honoured globally and poignantly remembered April 20, 2022, by The Vancouver Symphony Tribute to, now sadly, Boris Brott and his fellow Ukrainian's enduring yet dying from Terror's of The Devil yet turned into a Victory in Vancouver by All their VS Orchestra Members for B.B., by a Canadian Audience of Tears ...