REVIEW: We Need to Sing Together: Anne Akiko Meyers, Grant Gershon and the LA Master Chorale

March 25, 2022, 12:08 PM · For orchestras, it's been a long road back to full-length performances, live and in-person, with a full stage of musicians. But certainly, it's been even more difficult for choirs. In fact, early in the pandemic, singing in a choir became a major COVID no-no, when a church choir practice caused an infamous (and deadly) super-spreader event.

Standing close, breathing together, unmasking and projecting a multitude voices out into the world all at once - this became impossible. For a time, I wondered if it would ever happen again. During that first year, I vividly remember hearing a recording on the radio of a massive choir singing gorgeous music, and dissolving into tears for the loss of it all.

When Anne Akiko Meyers gave a recital last October, something that moved me in particular was her performance of several violin arrangements of choral works by Morton Lauridsen. Her heartfelt playing and that music - originally for choir - brought me back to my then-10-year-old son Brian, singing in the Los Angeles Children's Chorus a decade ago.

In one concert, my son and his choir mates had the great privilege of singing in Mahler's "Symphony of a Thousand" (No. 8) with the Los Angeles Master Chorale, Los Angeles Philharmonic and many other groups, which all came together to be led in performance by Gustavo Dudamel. More than 1,000 people on stage together! After that stunning experience, my son was describing how it felt, to be part of such a massive musical moment when he observed, "I think I understand what you love so much about being in an orchestra, Mom."

Singing in choir is a powerful experience.

So let's talk about the people who have the crazy idea, courage and ability to bring masses of people together for the purpose of making music. On Wednesday, the spotlight was on such a person: Grant Gershon.

Wednesday night, the Los Angeles Master Chorale honored Gershon's 20 years as its Artistic Director with a Gala Concert that also included not only the choir, but also a performance by violinist Anne Akiko Meyers. Meyers has known Gershon since she was a child phenom and he was a USC music student, accompanying her performances on piano. 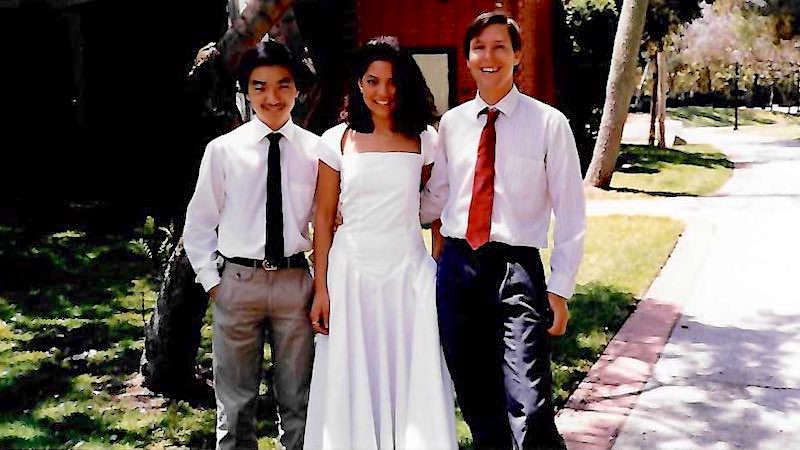 Wednesday's concert began by literally centering Gershon in the spotlight: He stood on a podium, center-stage at Walt Disney Concert Hall, facing the audience and directing musicians who were singing a cappella from the highest balconies in the hall, half of them on the left and half on the right. 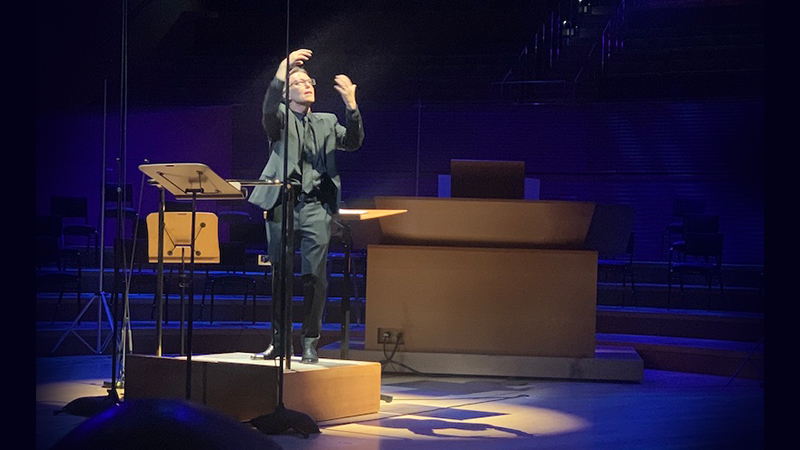 The choir eventually moved down onto the stage, and they sang works by a host of living composers, many sitting right there in the audience: Reena Esmail (the LA Master Chorale's Composer-in-Residence); Eric Whitacre, Michael Abels, Saunder Choi, Shawn Kirchner, Dale Trumbore, Nilo Alcala and Moira Smiley. 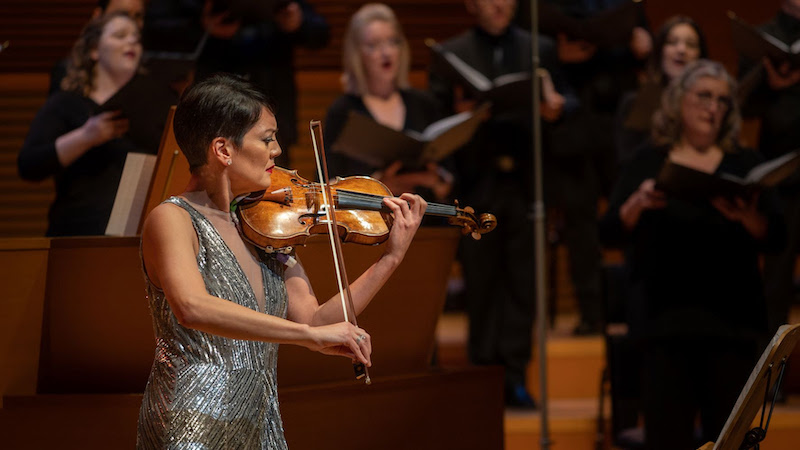 And beyond the usual, the Master Chorale performed a few works such as Meredith Monk's "Panda Chant," conducted by Associate Artistic Director Jenny Wong, which features repetition of the word "Panda" along with stomping, clapping and something resembling wild jungle noises and hyena laughs.

Esa Pekka Salonen, for whom Gershon was Assistant Conductor of the Los Angeles Philharmonic in the mid-90s, stepped onto stage to deliver his own tribute, saying that "what Grant has achieved is a complete change of paradigm, in terms of what a choir can be."

The event might have celebrated the past 20 years, but Gershon kept the focus forward - something needed after the pain and loss of the past two years.