March 20, 2022, 1:04 PM · Welcome to "For the Record," Violinist.com's weekly roundup of new releases of recordings by violinists, violists, cellists and other classical musicians. We hope it helps you keep track of your favorite artists, as well as find some new ones to add to your listening! 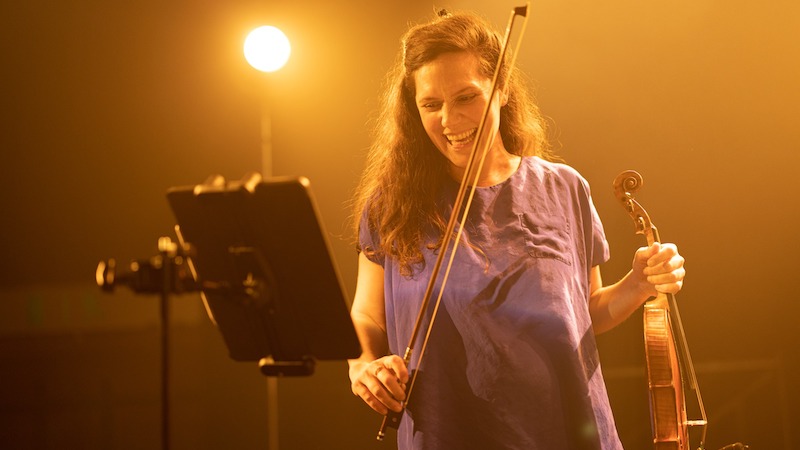 Violinist and Music Director Rakhi Singh, of the Manchester Collective.

This album features British composer Edmund Finnis’s String Quartet No. 1 (2018) and String Quartet No. 2 (2021), which was commissioned and premiered by Manchester Collective. "I think of these two quartets as some of the most personal and intimate pieces I have written," said Finnis, (b. 1984). "They are outcomes of my enduring need to communicate something that I’m incapable of fully expressing with words. I would if I could. I know that it has something to do with love." BELOW: Composer Edmund Finnis talks about writing for strings:

Various attempts to locate missing chamber by Johann Sebastian Bach have brought to light many pieces, and it is often difficult to separate authentic works from others that are not. In this album, Gottfried von der Goltz, leader of the Freiburger Barockorchester, directs our gaze towards a number of these compositions: three sonatas (BWV 1021, 1023 and 1024) and a fugue (BWV 1026). Also on the program are the Sonata in A major, long attributed to J.S. Bach but now recognized as a composition by Telemann, and an anonymous sonata in C minor dating from the 1720s. BELOW: The Sonata in A major now attributed to Telemann:

With its most recent project ReDiscovered, the Zurich-based casalQuartett dedicates itself to the Viennese composer Anton Eberl (1765–1807) and his three String Quartets Op. 13. As an outstanding pianist and composer, Eberl achieved great popularity and at times even enjoyed more prominent supporters than Beethoven. BELOW: Trailer for the album:

March 24, 2022 at 10:00 AM · Very interesting about the Bach sonatas that are misattributed. Another reminder that Bach scholarship is ongoing. I enjoyed Gottfried von der Goltz's performance of the Brandenburg Concertos with the Freiburg Baroque Orchestra, so I jumped on the mention of his new CD.